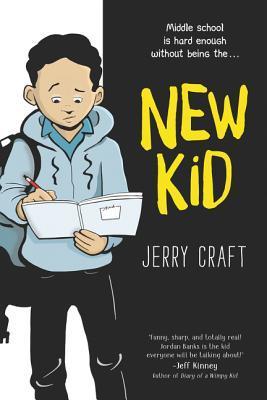 This smart, funny, insightful graphic novel offers a sympathetic and entertaining exploration of "new kid" drama in middle school while training a sharp spotlight on realities of race and class in America, through the experience of a 12-year-old African American boy who leaves his Washington Heights neighborhood to enroll as a scholarship kid at the private, nearly all-white Riverdale Academy Day School.

Jordan Banks loves to draw cartoons about his life and wants to go to art school, but at his mother's insistence, is sent to Riverdale instead. Jordan's cartoons in black and white, expressing his private thoughts, are interspersed to great effect with color panels of the drama at school and at home. In one amusing sequence,  a Jordan panel depicts the chameleon act he follows to fit in on the long bus ride to school, looking tough in Washington Heights, losing the hood in Inwood, to looking as meek as possible in Riverdale, putting away his markers and sketchpad "cause people might think I'm going to use my markers to tag the bus."

Craft, a gifted artist and writer, was inspired by his own experience as a kid commuting from Washington Heights to a nearly all-white school in Riverdale and by  his sons' experience at a school in affluent New Canaan, Conn., and his novel has a wonderful, nuanced realism as he explores the tricky balancing act Jordan faces navigating two different worlds.

A wealthy white classmate and his father arrive to give Jordan a ride on his first day ("stay in the car, Liam, and lock the door") in their expensive car, and Jordan ducks so his friends  from the neighborhood won't see him. Jordan must not only find his way around an unfamiliar school and try to make friends, he finds himself facing not-so subtle discrimination and assumptions by white students and teachers. A black math teacher with 14 years at the school is mistaken by a colleague for the coach. At the school book fair, the librarian gets all teary-eyed pushing the black students to buy "The Mean Streets of South Uptown, a gritty tale of survival" rather than asking them what they like to read.  A white teacher keeps calling a new black student named Drew "Deandre," confusing him with a former student who was a "real handful." She considers herself to be enlightened yet reads Jordan's journal without permission and criticizes him for his opinions ("I had no idea that you were so .. so ... ANGRY!").  The misunderstandings work both ways, and Jordan finds his own assumptions challenged as he gets to know his classmates and his teachers. One can only hope Craft will follow up with more on Jordan Banks. 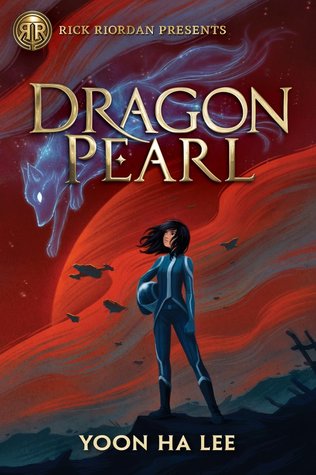 A smart, fearless 13-year-old girl out to clear her brother's name makes for a memorable heroine in this hugely entertaining sci-fi fantasy combining Star Wars-type action and settings, the pioneer feel of a Western and Korean mythology. It's the latest installment in the marvelous "Rick Riordan Presents" series featuring fantasies by culturally diverse authors, colored by their own mythology and heritage.

"Min is just your average teenage fox spirit, living with her family on the dusty backwater planet of Jinju." Thus begins this thrilling space adventure,  featuring thrilling suspense, a meticulously constructed futuristic space world, an intricate plot, fascinating characters and most of all, a memorable voice in brave, resourceful Min.

Like others in her family, Min is a fox spirit, with the ability to Charm and to shape-shift. But her mother insists that none in the family use their fox magic, as a way to keep them safe.  Min yearns to leave her boring chores, crowded home, meager food and generally dreary existence on Jinju, to follow her older brother, Jun, into the Space Forces. But when an investigator arrives with word that Jun has deserted his post in search of the rare Dragon Pearl, Min runs off to find Jun in hopes she can learn the truth and clear his name. The author offers a vivid, brilliantly constructed world with intricate details of the space vehicles, the hover-scooters, the spaceports, the weapons, the battles. It's a world of scheming and plotting, inhabited by dragons and goblins, gamblers, pirates and ghosts. The Dragon Pearl is a mystical orb that can create life; the Dragon Pearl could transform Jinju into a thriving, verdant place, and this political, economic reality of the "Dragon Pearl" universe gives the story added heft.