When the lights went out in the North Star Tavern in 2013, people wondered if another family would step up to bring it back to life. The building, built in 1831, is older than the Town of Elma, whose people it has fed and watered for generations.

According to the historical marker on the property, it was built next to an Indian trail that eventually became Seneca Street, back when the entire area was Seneca Nation land.

Under the tenure of the Young family, which spanned generations from 1922 to 2004, the tavern was known for its turtle soup. When veteran caterers Tim and Joyce Chrostowski decided to move from rented space to a kitchen of their own, they settled on the tavern.

The Chrostowskis are three-time winners of the Buffalo’s Best Pierogi contest, held at Corpus Christi Church’s Dozynki Harvest Festival. If there is a specialty of the house today, it must be the pierogi. 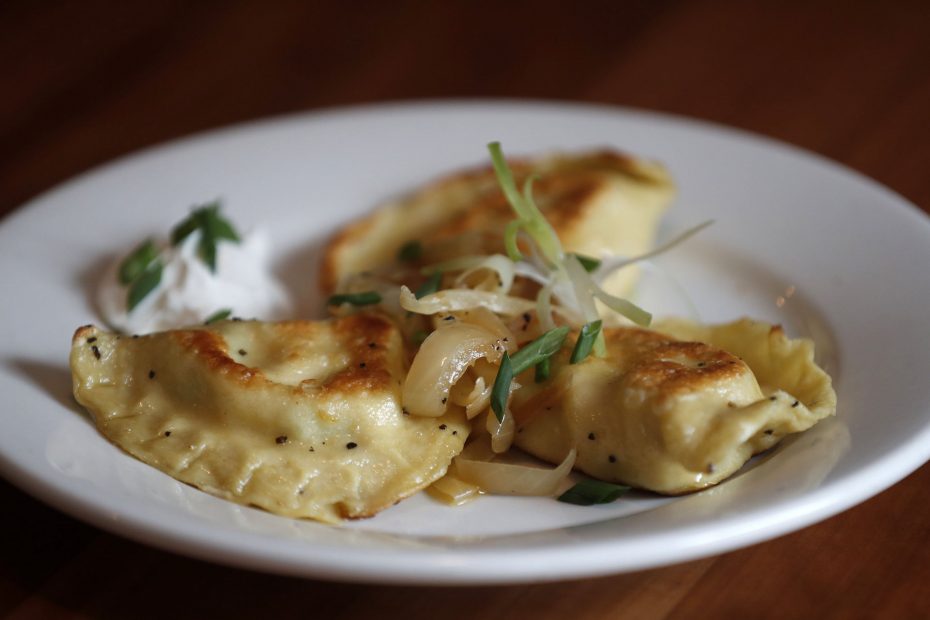 Extensive renovations have retained the hand-hewn beams and low ceilings, resulting in a cozy wood-framed bar and dining room combination with clean lines, and a small semiprivate back room. If it had a working fireplace, the space would approach my ideal tavern-as-time-machine. As it is, you can almost hear the clop-clop of horse hooves on the plank road of the past. We sat in the dining room, far enough from the bar’s television that it wasn’t a distraction.

The old-timey air was emphasized by coming out of the cold to a Tom & Jerry ($7), a mug full of a creamy, eggy cocktail that warmed with its heat, brandy and rum. They’re available through February. 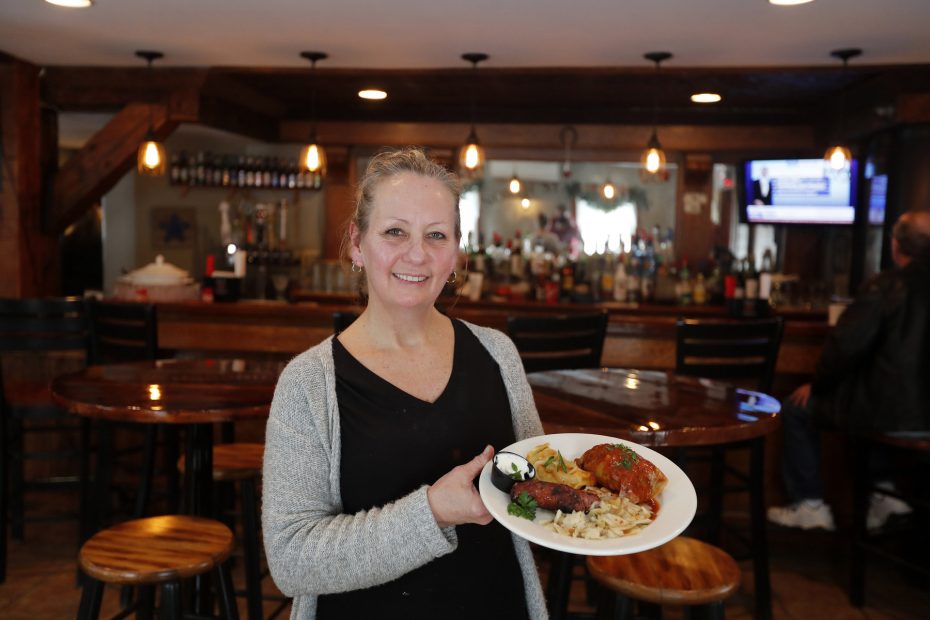 Pierogi are one of several Polish flourishes on the brief menu, but North Star Tavern isn’t a Polish restaurant. The menu includes appetizers from diverse locales, like coconut-clad fried shrimp ($8) with a sweet Thai chili sauce. Loaded tater tots ($8) arrived decked out with bacon, cheddar cheese, sour cream and scallions. There was plenty of crisp-chewy bacon, and deep frying the tots gave them crunch.

A BLT salad ($9) kept the bacon coming, plenty of crisp smoked pork on a mixture of fresh greens and grape tomatoes. Shards of cracker-crisp golden brown Parmesan frico were a welcome touch. 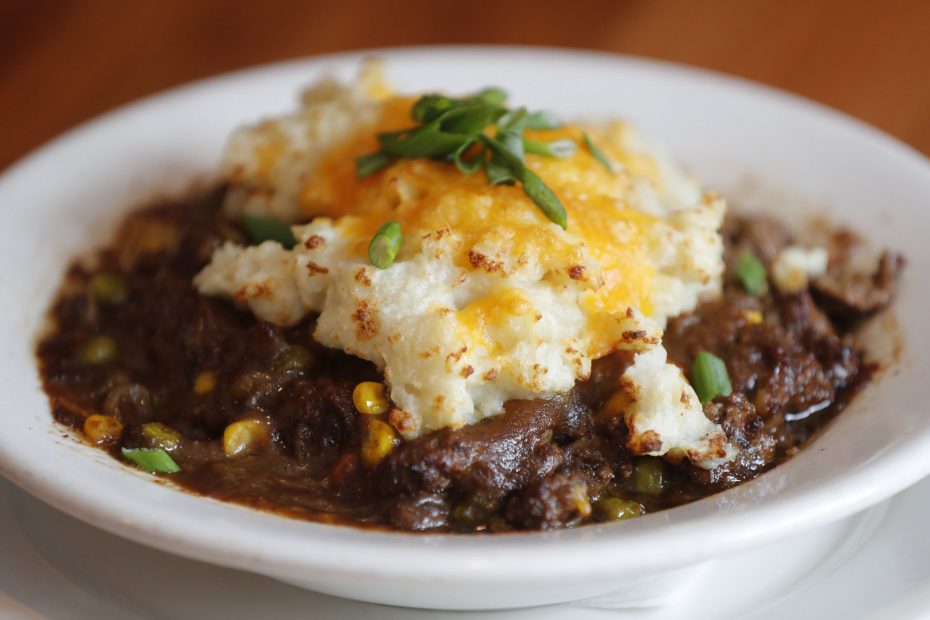 The Polish showed with a plate of housemade kluski noodles ($5), strips of fresh pasta that after being deep-fried, covered with mozzarella cheese and run under a broiler, were almost as chewy as Gummi worms. But they offered simple starchy pleasure that I returned to more often than I should have.

A bowl of beef stroganoff soup ($5) had egg noodles, a dollop of sour cream and strips of beef. Its broth was deeply bronze but its flavor was pale, lacking the savor to live up to its good looks.

Pierogi come in farmer’s cheese, sauerkraut and potato cheddar. They’re $4 each, which is dear for pierogi, but these fist-sized pasta pockets were first-rate. They boasted tender dough, lightly browned, with appropriately hearty fillings. The zingy sauerkraut won my vote over the peppery potato and plain cheese-filled versions. If the sautéed onions atop them had been caramelized further, I’d call them ideal. 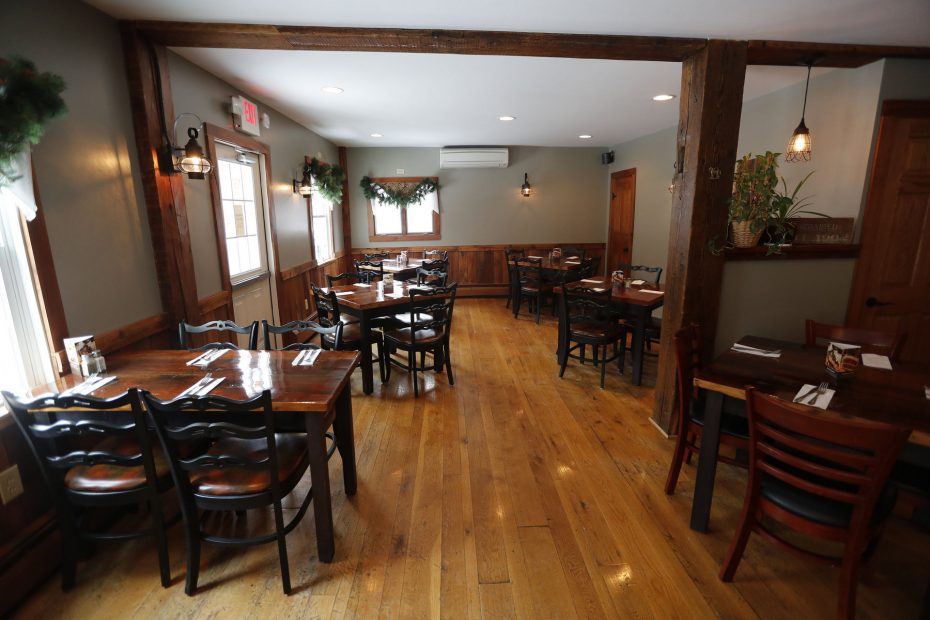 A plate called Nana’s breakfast ($8) pleased with more fresh kluski noodles, this time scrambled with eggs. The entire ensemble was imbued with rich smokiness from sliced kielbasa sausage fried in the skillet before the other stuff was added. Served with toast and hashed brown cakes, the dish made me wonder what else Nana had to contribute.

That kielbasa, judiciously charred, also starred in a Polish platter ($17), alongside golabki (a ground-beef-stuffed cabbage roll simmered in tomato sauce), kapusta (sweet-and-sour cabbage cooked with pork) and a pierogi.

Shepherd’s pie ($14) was a bowl of toothsome beef chunks with potatoes, celery and corn, topped with a dollop of mashed potatoes. Shredded cheddar crowned the proceedings, melted over the top to add salty tang. 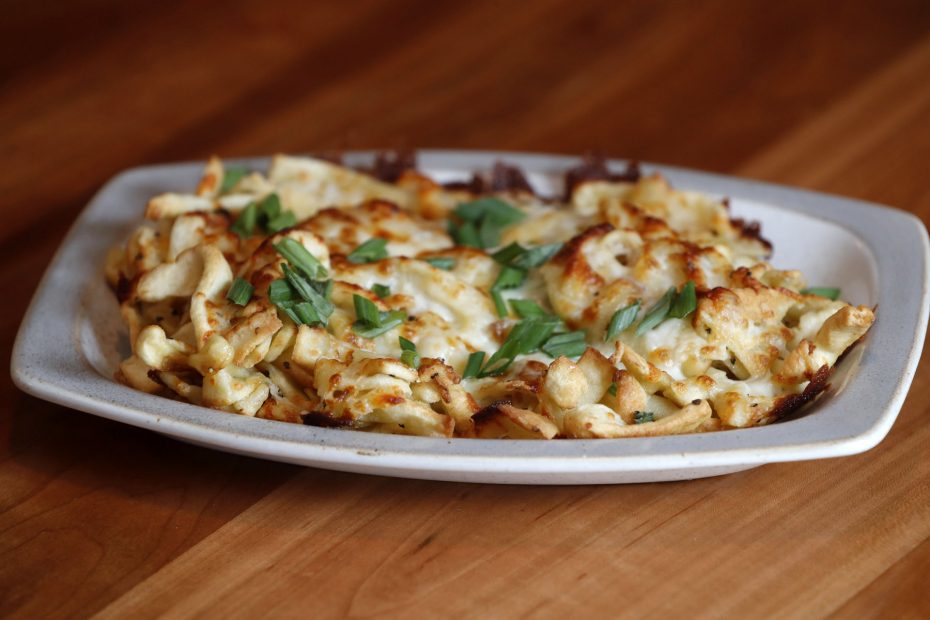 A beef on weck sandwich ($11), included a plentiful helping of beef, albeit well-done to the verge of dryness. It was served on a fresh kummelweck roll, with eye-wateringly powerful horseradish, and an ample portion of french fries. 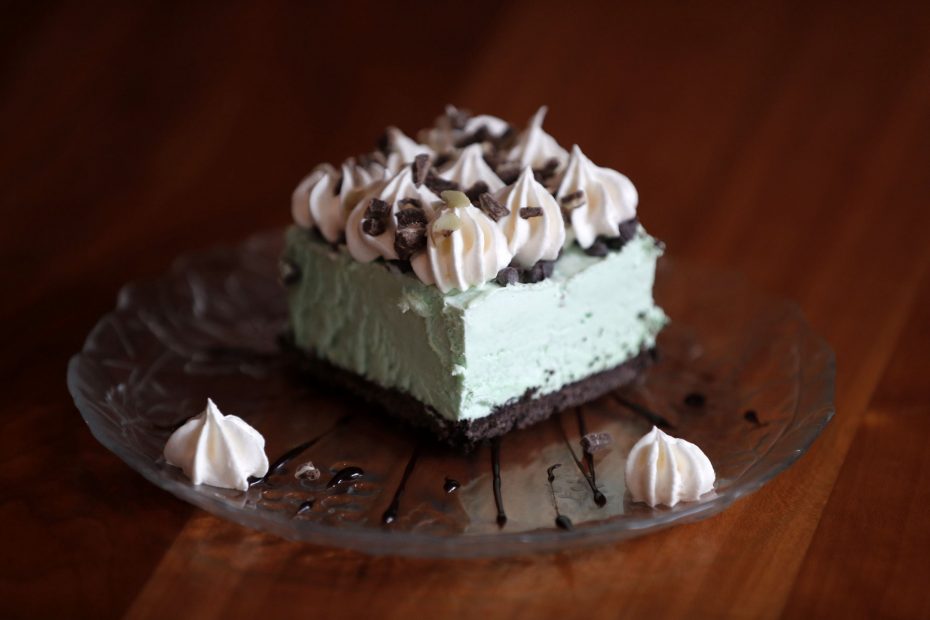 Desserts ($6) included apple crisp, with ice cream beside fresh fruit covered with boulders of streusel. This was a solid dessert, but with nary an oat in sight, it was more of a crumble. Mint cream pie ($6) piled fluffy mint mousse on a crunchy chocolate crust, whipped cream dotted with chocolate chips and chopped Andes chocolate mints. Junior Mints fans will swoon.

The Chrostowskis are writing the next chapter in the tavern’s history, of families feeding families. If you’re in search of sustenance on the way south, consider steering by the North Star.

Gluten-free options: some dishes can be made gluten-free. 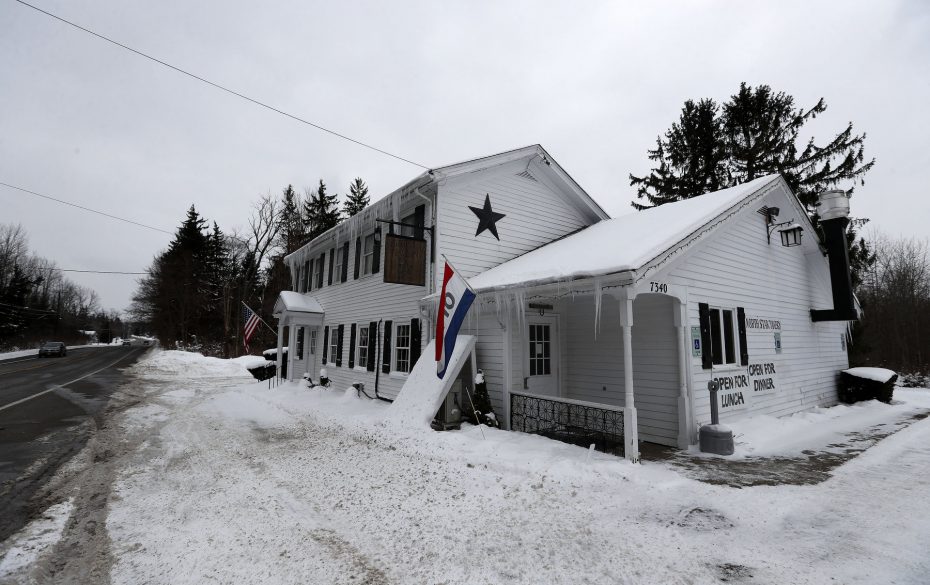