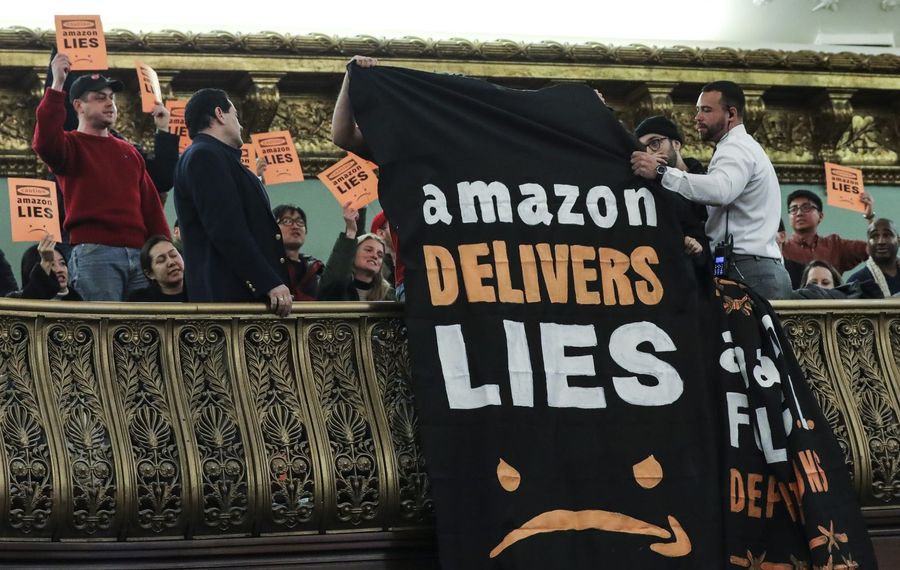 Amazon said on Thursday that it was canceling plans to build a corporate campus in New York City. The company had planned to build a sprawling complex in Long Island City, Queens, in exchange for nearly $3 billion in state and city incentives.

But the deal had run into fierce opposition from local lawmakers who criticized providing subsidies to one of the world’s richest companies. Amazon said the deal would have created more than 25,000 jobs.

Amazon’s decision is a major blow for Gov. Andrew M. Cuomo and Mayor Bill de Blasio, who had set aside their differences to lure the giant tech company to New York.

As recently as Wednesday, the governor had brokered a meeting between Amazon executives and union leaders who had been resistant to the deal, according to two people briefed on the sitdown. The meeting ended without any compromise on the part of Amazon, according to the people.

In a statement Thursday, Cuomo blamed the Amazon decision on "a small group of politicians [putting] their own narrow political interests above their community – which poll after poll showed overwhelmingly supported bringing Amazon to Long Island City – the city's economic future and the best interests of the people of this state. The New York State Senate has done tremendous damage. They should be held accountable for this lost economic opportunity."

De Blasio placed the blame on Amazon: "We gave Amazon the opportunity to be a good neighbor and do business in the greatest city in the world. Instead of working with the community, Amazon threw away that opportunity."

In recent days, supporters had begun mobilizing and felt encouraged by polls showing broad-based support for the company. Some could be seen wearing pins in support of Amazon. But those efforts did not sway many critics, who oppose the company for its anti-union practices and for the changes they feared it would bring to Queens.

State Sen. Michael Gianaris, a vocal critic who was chosen for a state board with the power to veto the deal, said the decision revealed Amazon’s unwillingness to work with the Queens community it had wanted to join.

“Like a petulant child, Amazon insists on getting its way or takes its ball and leaves,” said  Gianaris, a Democrat, whose neighborhood includes Long Island City. “The only thing that happened here is that a community that was going to be profoundly affected by their presence started asking questions.’’ 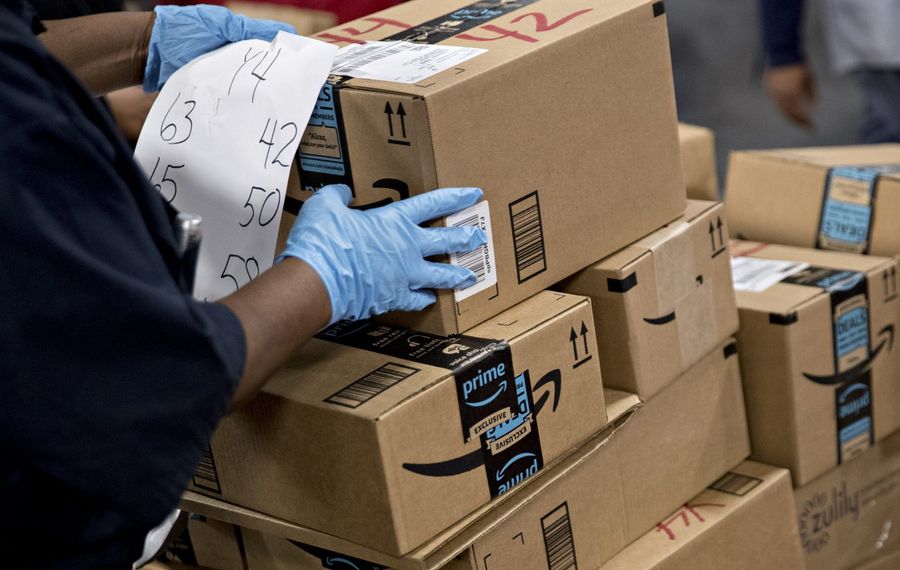 Buffalo's Amazon bid: $500M in tax breaks, large swath of downtown
Buffalo-Rochester bid for Amazon among 4 from New York
It could cost $1 billion just to get in the running for Amazon's HQ2
Amazon Flex

“Even by their own words,’’ he added pointing to their statement, “Amazon admits they will grow their presence in New York without their promised subsidies. So what was all this really about?”

To attract Amazon, city and state officials offered the company one of the largest ever incentive packages in exchange for a much larger return in jobs and tax revenue.

They agreed to remake plans for the Queens waterfront and move a distribution center for school lunches. They even agreed to give Jeff Bezos, Amazon’s chief executive access to a helicopter pad.

Under the plan, within 15 years the company could occupy as much as eight million square feet of office space.

It included a campus of office buildings for as many as 40,000 workers.

But almost as soon as it was announced, the deal was met with resistance, from local elected officials like Gianaris and progressive groups that held rallies and petitioned in Queens against the deal. 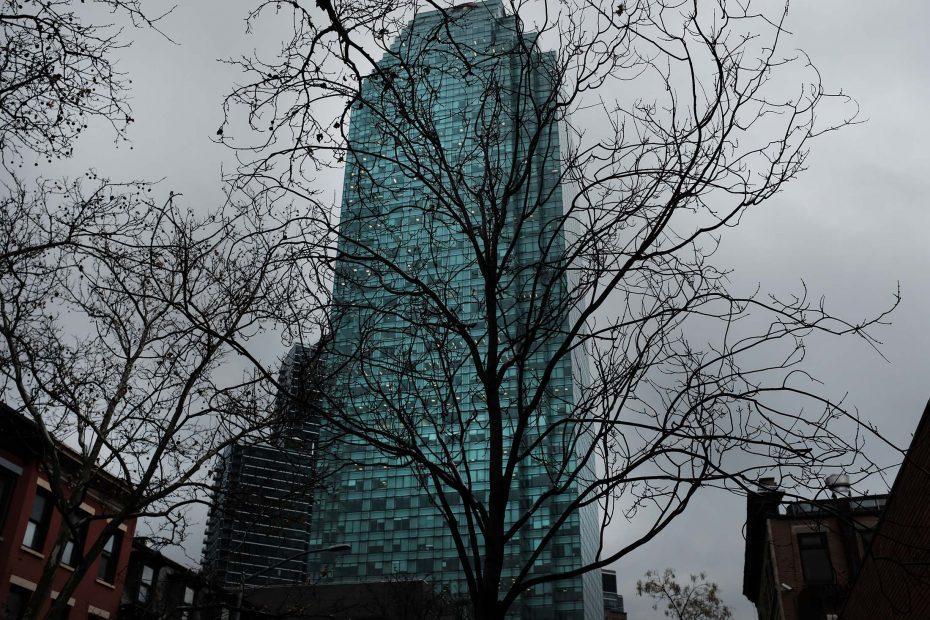 The 50-story office tower that is currently being occupied by Citigroup would have eventually housed Amazon workers, in Long Island City, Queens. Amazon Thursday announced it was dropping plans for a second headquarters there. (Getty Images)

Many critics were angered that the circumvented the normal land-use process and essentially eliminated any veto power by the City Council.

The idea of scaling back plans for the New York campus was a subject that had become increasingly discussed among the Amazon’s board, according to a source familiar with the board’s deliberations. The meetings between Amazon and Mr. Cuomo and Mr. de Blasio before the company decided to come to New York led executives to believe that there would be greater political support than turned out to be the case.

The company had chosen New York as well as a site in Northern Virginia for major expansion. On Thursday, the company said it had no plans to reopen a search for a second location.

Kathyrn S. Wylde, the chief executive of the Partnership for New York City, an influential business group, said, “How can anyone be surprised? We competed successfully, made a deal and spent the last three months trashing our new partner.” Ms. Wylde said the reception Amazon had received sent a “pretty bad message to the job creators of the city and the world.”

Here is the statement released by Amazon:

After much thought and deliberation, we’ve decided not to move forward with our plans to build a headquarters for Amazon in Long Island City, Queens. For Amazon, the commitment to build a new headquarters requires positive, collaborative relationships with state and local elected officials who will be supportive over the long-term. While polls show that 70% of New Yorkers support our plans and investment, a number of state and local politicians have made it clear that they oppose our presence and will not work with us to build the type of relationships that are required to go forward with the project we and many others envisioned in Long Island City.

We are disappointed to have reached this conclusion — we love New York, its incomparable dynamism, people, and culture — and particularly the community of Long Island City, where we have gotten to know so many optimistic, forward-leaning community leaders, small business owners, and residents. There are currently over 5,000 Amazon employees in Brooklyn, Manhattan, and Staten Island, and we plan to continue growing these teams.

We are deeply grateful to Governor Cuomo, Mayor de Blasio, and their staffs, who so enthusiastically and graciously invited us to build in New York City and supported us during the process. Governor Cuomo and Mayor de Blasio have worked tirelessly on behalf of New Yorkers to encourage local investment and job creation, and we can’t speak positively enough about all their efforts. The steadfast commitment and dedication that these leaders have demonstrated to the communities they represent inspired us from the very beginning and is one of the big reasons our decision was so difficult.

We do not intend to re-open the HQ2 search at this time. We will proceed as planned in Northern Virginia and Nashville, and we will continue to hire and grow across our 17 corporate offices and tech hubs in the U.S. and Canada.

Thank you again to Governor Cuomo, Mayor de Blasio, and the many other community leaders and residents who welcomed our plans and supported us along the way. We hope to have future chances to collaborate as we continue to build our presence in New York over time.