Alexis Kirk was entering eighth grade when her brother Matt brought home a .22 caliber rifle from Clarence High School. She begged him all summer to give it a shot in the family’s basement range.

When Matt Kirk returned to school as a sophomore, he told Red Devils’ rifle coach Robert Neubauer his younger sister wanted to try out for the varsity team. “And she’s going to be better than me,” Neubauer remembered him saying.

Now in her junior year, Alexis is honing in on the high standard set by her brother. Matt graduated last year as a two-time Section VI all-star and New York State Public High School championship qualifier.

Alexis attained sectional all-star status as a sophomore and joined Matt last March at the Military Academy in West Point, where she became the first Clarence shooter to win an individual state championship.

“It was like a dream,” Alexis said months after her accomplishment. “I still haven’t wrapped my head around it that I did that.” 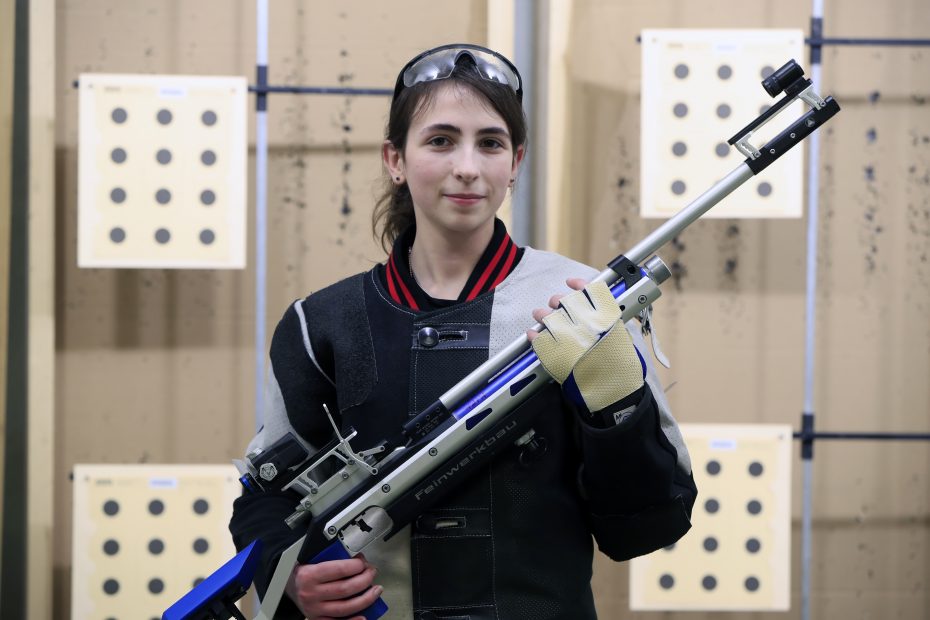 Alexis has stayed on target in her junior season. She led the area with a 284.14 average during the 30-shot standing round of the regular season while Clarence finished 7-0 in the first set of matches.

Last month, Alexis placed first at the USA Shooting Junior Olympic Qualifier in Jamestown, hitting 20 bullseyes and scoring 566 out of 600 in the 60-shot standing event. Her score did not meet the automatic qualifying standard for the Junior Olympics, but could merit an at-large invitation.

Marksmanship runs in the Kirk family. Grandfather Henry “Bud” Kirk is a member of the New York Skeet Shooting Hall of Fame (1986). Horseback riding was the favored sport for father Steve Kirk, but he gained an appreciation for shooting while serving in the U.S. Navy.

“I’ve always been around rifles,” Alexis said. “My brother and I, we grew up learning how to properly handle and shoot rifles.”

“She has a lot of natural ability,” Neubauer said. “She works hard and is very cool under pressure.” 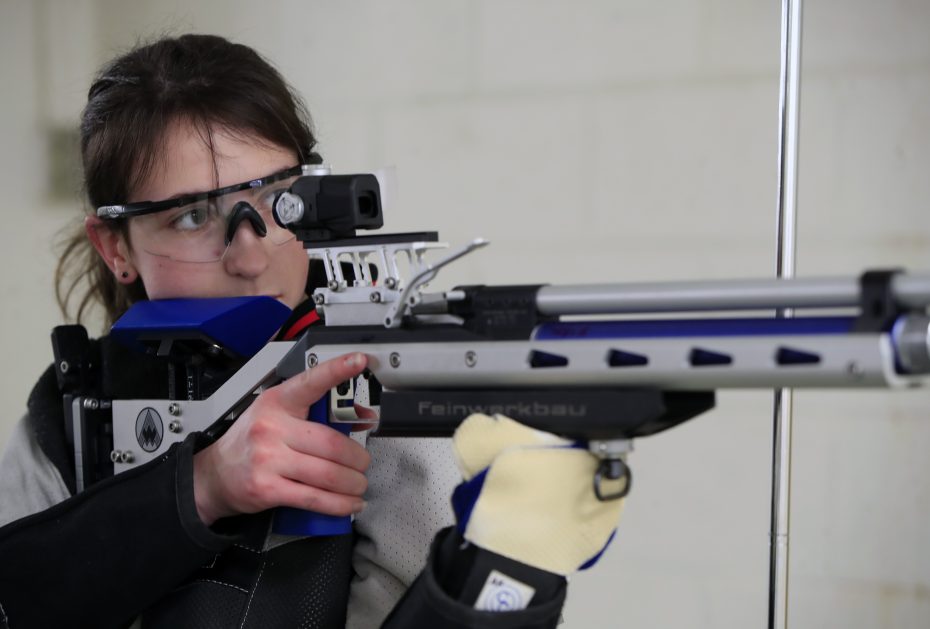 “It’s a very OCD-driven, perfectionist sport, and I love that,” she said. “The most common misconception is that it’s easy. But it’s not. It’s very difficult. We are standing still for an hour and 15 minutes at a time for 60 shots.

“You have to hold perfect position. You have to control your breathing to steady your heart rate. Otherwise, your gun’s going to be all over the place. You won’t know where your shot ends up. And that’s a very difficult skill. I haven’t mastered that yet.”

The Kirks have helped Clarence’s rifle team continue its long tradition of success. The Red Devils won nine sectional titles and one state championship in 39 years under founding coach Robert May. The top shooter on the 1976 state title team, Robert Foth, won a silver medal at the 1992 Summer Olympics.

Neubauer competed for Clarence in the 1960s and took over as coach 20 years ago. The Red Devils won another state title in 2006 and have had several runner-up finishes under Neubauer, who is retiring at season’s end.

“We are all a little sad,” Alexis Kirk said. “But I’m so proud of this team. We’ve done so well this season and we really are a family.”

Neubauer is nonchalant about the coming end of his coaching career.

“It’s really just another season,” he said with a laugh. “We’ve been successful, we’ve remained successful this year, and they are going to be successful again next year because they have a core group of kids coming back.” 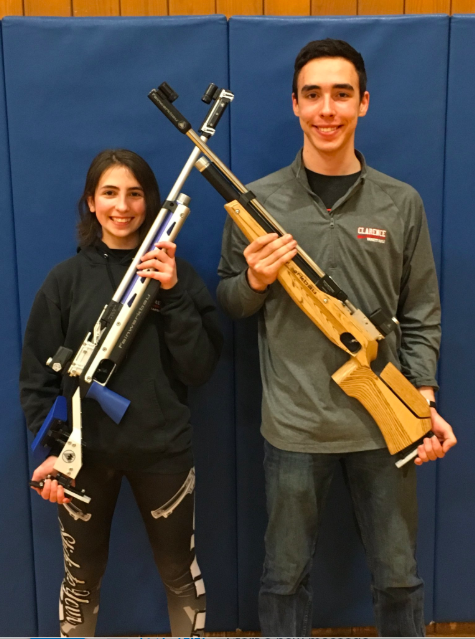 Approaching the Section VI championships on Saturday, the Red Devils entered this week 3-1 in three-position matches. Junior Michael Dziabo, sophomore Wyatt Belanger and freshman Adam Farolina have been key contributors this season and join the Kirk siblings for monthly matches at Camp Perry in Ohio.

While she holds the distinction as Clarence’s only individual state champion, Alexis is still trying to keep up with her brother’s career.

Matt, now a freshman at Alfred University, won a state qualifier last month in Rochester in his first time competing with an air pistol. He will compete in the national championships at the Olympic Training Center in Colorado Springs in April.

“To move from rifle to pistol and win the state in his first-ever match, that’s amazing to me,” Alexis said. “He’s a very talented shooter and I still don’t think I’ve gotten better than him.

“But maybe one day.”