With more than 80 soups for sampling at the Buffalo Soup-Fest, it's wise for slurpers to have a plan of attack. After all, there's only so much salt your body can handle, and if you're going to drop $25 on a ticket and roughly eight soup samples, savvy choices are crucial to enjoying the festival.

Here are The News' eight suggestions for what to try, ordered by booth number. See the map at the bottom of the page for booth locations.

Why you should try it: A fish fry in a soup? The unusual combo comprises cream of fresh cod and toppings of housemade slaw, tartar sauce and Pabst Blue Ribbon beer-battered crisps. The smooth and crunchy textures should complement each other well and also set the mood for the coming fish fry season.

[Related: Check out a bar feature on Winfield's Pub] 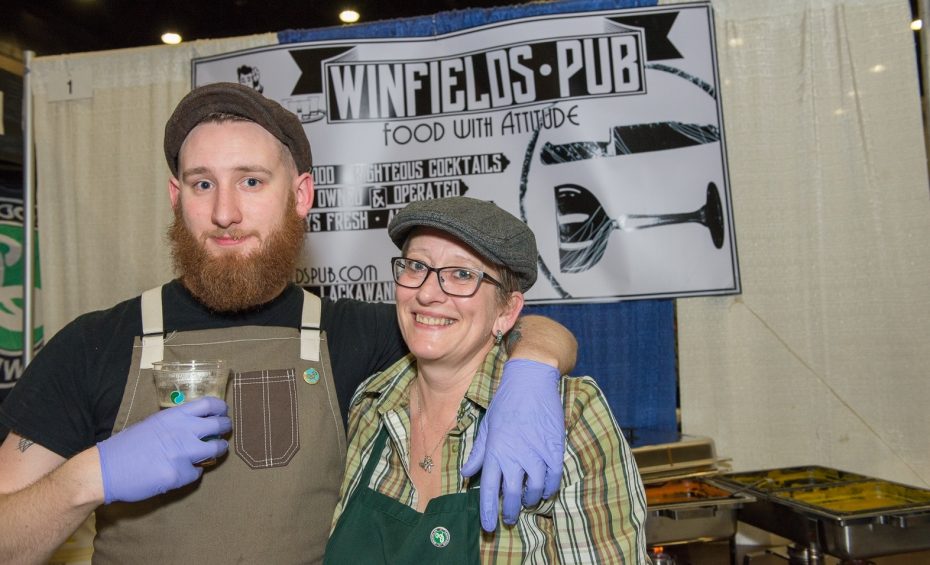 The Winfield's Pub booth at Soup-Fest in 2016. (Matt Weinberg/Special to The News)

Why you should try it: The reigning winner of Best Buffalo-Style soup is back again to defend its crown with a zesty bowl that packs in more chicken than you'd think. It's a distinctive Buffalo dish, beloved for warming up after frigid Bills home games and less messy than saucy drums and flats. Note: This is the only soup that repeats from the 2018 list of Soup-Fest suggestions.

Why you should try it: Joe's Deli owner Joseph Lyons describes this soup, one of a festival-high six on its menu, as a deconstructed pierogi. The cream-based soup brings together potato, cheese, sauerkraut and bacon, a hearty combination made for February. Joe's, with two locations in the city and three in total, is a regular winner at Soup-Fest and snared Best in the City last year.

Why you should try it: Alleyway Bistro is less than a year old, but owner Mike Zak wakes up early in the morning to make his soups from scratch. (He even had to cut short his binge-watching of "Orange Is the New Black.") The roasted red pepper with gouda has been a staple from the start; it's smooth, rich and flavorful. 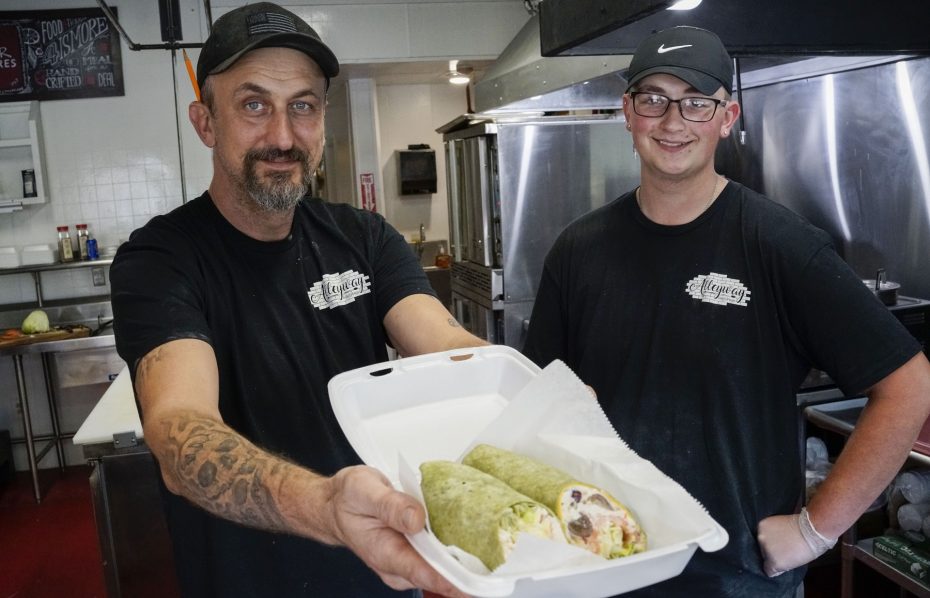 Why you should try it: Savory Asian-inspired soups are usually abundant at Soup-Fest, and Water Lily's Khao Soi - a spicy Northern Thai egg noodle soup, with a potent curry flavor and crispy noodles on top for texture - makes the cut. The Cheektowaga restaurant has altered its menu to reflect more traditional street food from Thailand, as Andrew Galarneau reported last month.

Why you should try it: Dill pickle flavor continues to be on-trend, and it pairs majestically with savory, fatty pork. East Eden makes a fairly long trek - relative to the other Soup-Fest participants - but it will come prepared with the smoked meats that have become a source of pride for the tavern.

Why you should try it: The Clarence cafe's entry can be especially magical if you choose to add CBD oil - a super-trendy non-intoxicating part of the cannabis flower - for an additional soup ticket. This from-scratch soup weaves in both crimini and portobello mushrooms, cream and parmesan and Swiss cheeses. 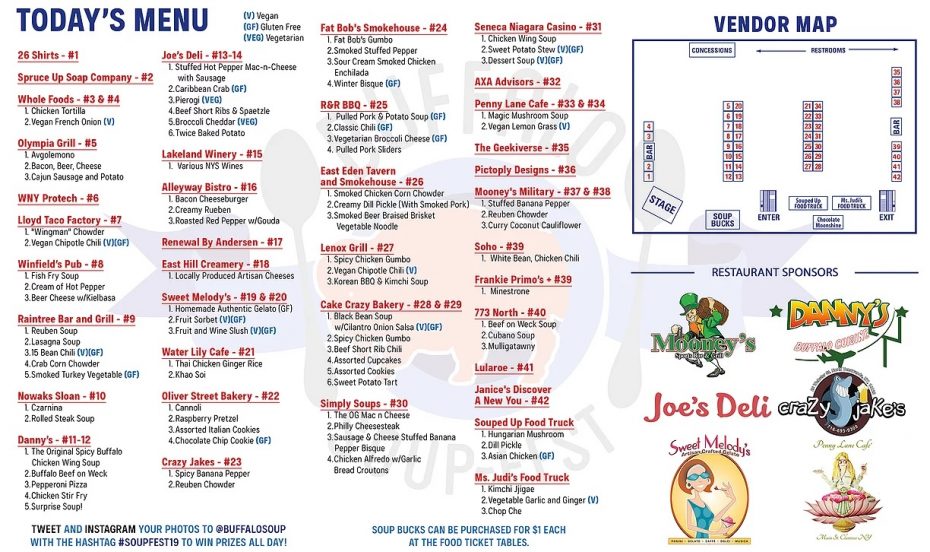 Map for the 2019 Buffalo Soup-Fest on Sunday, Feb. 17 in the Buffalo Niagara Convention Center. (via Soup-Fest)