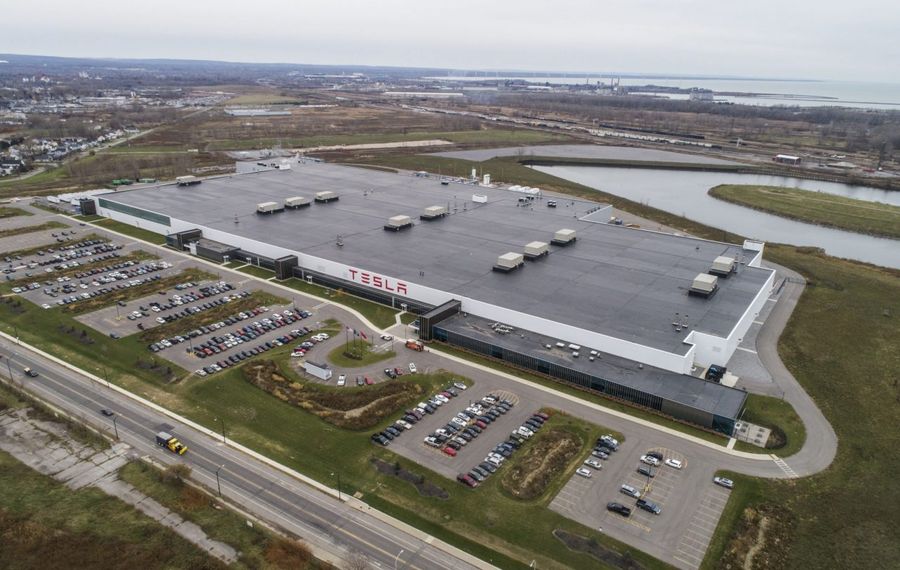 ALBANY – New York will “absolutely” seek to penalize Tesla up to $41.2 million if the California company does not hit job goals for its solar plant at Buffalo’s RiverBend complex, a top Cuomo administration official said Tuesday.

But Howard Zemsky, a Buffalo businessman who heads the administration’s Empire State Development, said the state’s focus is on working with Tesla and its tenant, Panasonic, to get the companies to “diversify” the kinds of products made at the sprawling facility.

In testimony before a joint legislative budget panel examining Gov. Andrew M. Cuomo’s 2019 budget plan, as well as in a brief session with reporters afterward, Zemsky tried to explain both the sour RiverBend job creation numbers at a time it is also making bold job pronouncements over a $3 billion government incentive package to lure Amazon to Queens.

“So, we spent $1 million per job?" Senate Finance Committee Chair Liz Krueger, a Manhattan Democrat, asked Zemsky after he testified that 700 jobs have so far come to Tesla and Panasonic at RiverBend.

“I think we have to work with Panasonic and Tesla to diversify the product base that they have at RiverBend," Zemsky added of what was to be an all solar manufacturing facility. 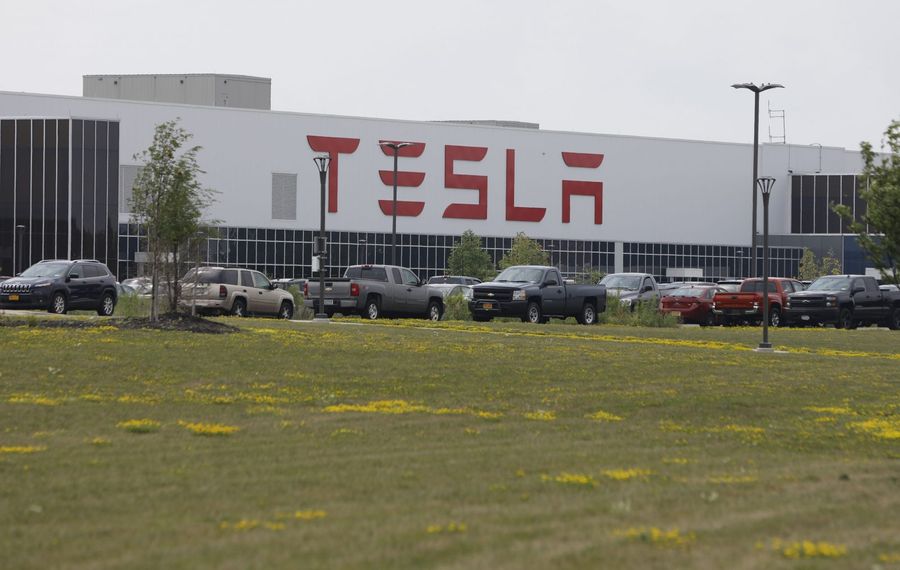 Zemsky said the two companies could retool operations into clean energy ventures, which he said could be related to Tesla’s automobile business, or energy storage systems or even other solar-related products.

The state not only built the factory but installed tens of millions of dollars’ worth of equipment used to make the Tesla and Panasonic products. It did so under a vision in which the state makes the upfront investment in a facility with state-of-the-art equipment as a way of getting a long-term deal for a tenant to increase jobs in an area.

So far, that vision has not yet been realized at RiverBend, lawmaker after lawmaker suggested to Zemsky on Tuesday.

Zemsky told reporters later that the state is done pumping money into RiverBend. “The state has invested plenty in RiverBend. And it would be up to the companies to expand production on their dime," he said of Tesla and Panasonic diversifying its product line there.

Under questioning from Assemblyman Robin Schimminger, a Kenmore Democrat and longtime chairman of the Assembly’s economic development committee, Zemsky was asked if the state would go after Tesla with financial penalties if the committed job numbers are not reached.

“Yes, absolutely," Zemsky said. But he quickly added, “Our goal should be to get to the point where we have the employment, not the penalties."

“We would be way more excited to see the growth of the company … than to levy penalties," Zemsky said of Tesla.

Zemsky repeatedly said the RiverBend facility has about 700 jobs. The company has said there are about 800 jobs. One lawmaker, citing concerns that there may not even be 700 jobs, sought assurances that the state has the means to verify Tesla’s claims. Zemsky assured him it does.

The RiverBend program was taken over a couple of years ago by Zemsky’s agency after the bid-rigging scandal broke that involved Ciminelli’s firm and SUNY Polytechnic Institute, an arm of which ran the bidding operation. The former head of that SUNY college, Alain Kaloyeros, was convicted with Ciminelli during a corruption trial last year in Manhattan.

Zemsky said the penalty facing Tesla if it doesn’t create the promised number of jobs “is something in their mind," but that there may also have to be a recognition on the state’s part that the company can reach the target if it creates other jobs in the plant that might not have been considered when the original deal was struck. “These companies started out thinking they’re going to do one thing and over time things change," Zemsky said. “We’re all trying to get to the same positive outcome.’’

Krueger, the Senate finance committee chair, said she opposes the state’s system of “corporate welfare” that picks winners and losers for state financing of economic development projects. She said only the day before that Buffalo Mayor Byron Brown told lawmakers that the Buffalo Billion program translated into $6.5 billion worth of public and private investments in Western New York.

“I asked him how much new (tax) revenue was coming into Buffalo from all those expenditures (and so) why does he still need to come to Albany to beg for money," Krueger said of Brown’s trip to the Capitol in which he asked for millions in state funding for various things.

Krueger said Brown told her the Buffalo Billion program has not increased tax revenues to the city’s treasury.

“So, what is Buffalo getting out of all this?" Krueger asked Zemsky.

The Cuomo economic adviser told her that Buffalo has grown like nowhere else in upstate and that “Buffalo is an extremely different place than it was seven years ago.’’ He told her 1,000 new businesses were created in the region over those years.

“But if all these things are true, where are the tax revenues from these 1,000 businesses and all these employees?" Krueger asked Zemsky. He told her he did not have Buffalo tax receipts numbers but that “Western New York has stopped declining."

The Manhattan lawmaker said Buffalo’s tax receipts should be sharply rising from the economic activities. “Just because someone makes money doesn’t mean you have economic development,’’ she told Zemsky.