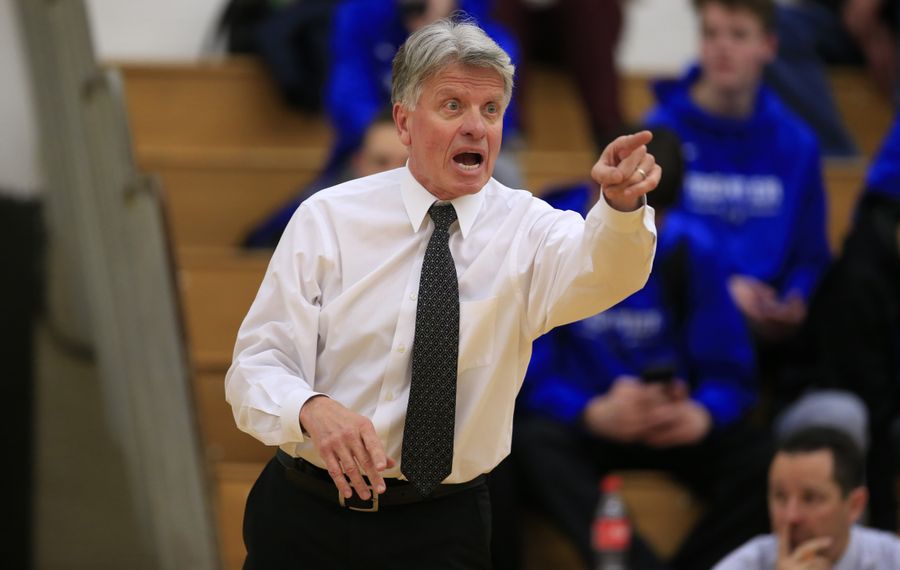 Every time Gary Domzalski walks into the gym for practice, he feels like a kid again. The venue has served as the longtime Frontier boys basketball coach’s fountain of youth.

Coaching may make Domzalski feel young, but the 64-year-old still plans to hang up his whistle after the season.

“My JV coach used to play for me,” said Domzalski in reference to Tim Foley. “It’d be nice to hand the keys to a former player. He’ll get to coach his son next year, who’ll be a junior. He’s a great coach and a great friend.

“I’m not tired of it. I kind of miss it already. The thing I’ll miss most is practice, the two hours you get to spend teaching basketball and being in the gym. I’ve been in the gym since I was 10 years old. It’ll be quite the adjustment.”

While Domzalski admits his 32 seasons at Frontier have gone by fast, perhaps the basketball gods will make his final two regular-season games plus the postseason slow down to a victory-lap pace.

Domzalski will coach his final home game at 7 p.m. Wednesday against Lancaster. He’ll coach his final town of Hamburg rivalry game Friday when the Falcons visit Hamburg. Frontier (9-9, 3-8 ECIC I) will more than likely be road warriors during the Section VI Tournament. Seeds will be announced Saturday morning.

Frontier plans to honor Domzalski after Wednesday’s game against the Legends, according to Athletic Director Richard Gray. Domzalski agreed to it so long as it doesn’t take the spotlight off the seniors being honored for playing their final home game.

Still, it’s hard to keep the limelight off Domzalski because of what he’s meant to the program.

Domzalski, who earned his first head coaching gig as a 26-year-old in 1980 with Cardinal O’Hara, has won 435 games, seven ECIC division titles, four Monsignor Martin League A crowns and one Section VI championship. He also guided O’Hara to a Manhattan Cup final where it lost by two points to St. Joe’s back in the day when that game was played in old Memorial Auditorium.

That’s an impressive resume but amassing as many wins as humanly possible at Frontier hasn’t been Domzalski’s motivation.

He enjoys teaching the game but more than that it’s about the interaction with youths. He hopes his legacy is one of being a good role model, a coach who taught student athletes the importance of character.

“Championship banners are nice but you hope you have a lasting effect on your students,” Domzalski said. “(The years coaching), it did go by fast.

“I hope many of them can look back at it as something good in their lives.”

He has made a positive impact with Foley, the potential successor in waiting, on more than one occasion.

Most recently, it was Domzalski who opened the door to a return to coaching for Foley. Foley had success coaching at Lackawanna, guiding the Steelers to a state title 2006. He stepped down from his post so that he could watch his son play the game. Domzalski lured him back into the game as his junior varsity coach three years ago.

“This is his passion,” Foley said. “Thirty-two years is a long time to do anything. ... He’s meant a lot. It’s an honor to do this for three years with him.”

Tony Krupski, the boys varsity coach at JFK High in Cheektowaga, played for Domzalski at Cardinal O’Hara. The 1985 O’Hara grad got into coaching based on his experience as a player with Domzalski.

“He was a disciplinarian but at the same time he was a player’s coach,” Krupski said. “He got the most out of his players. Very smart. He was strong with fundamentals and his teams always competed. Playing in the Catholic league back then O’Hara was a small school we competed very well against big schools like St. Joe’s and Canisius during my four years there.

“I learned a lot during my years as a player at O’Hara. A lot of what I do today started from what I learned at O’Hara. He was a great teacher. I owe a lot to what I have today as a coach to my playing days at O’Hara.” 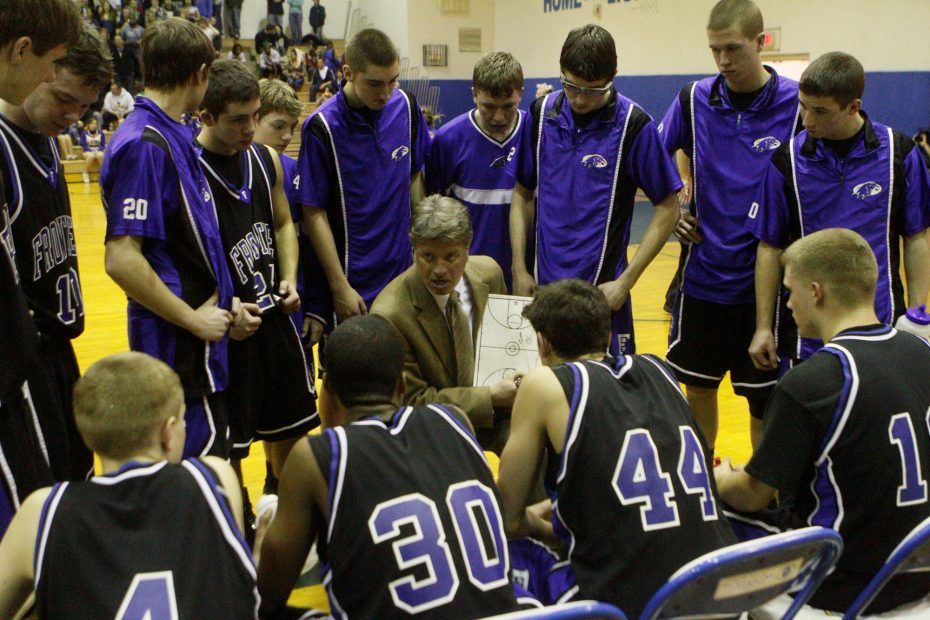 One would think the 1988 Section VI championship team would serve as Domzalski’s most memorable moment. While it’s special, the most memorable coaching perhaps sums up Domzalski the man.

From 1991-95, the Falcons had a team manager named Don Thiry. He couldn’t play basketball due to being diagnosed with neurofibromatosis – a condition that causes tumors to form in the brain, spinal cord and nerves. He died in 2007 due to complications from the illness.

Thiry ran the clocks in practice. He attended all games doing some stats. Mostly he was an inspirational person for the team, Domzalski said.

“When Donny wasn’t in the gym we’d always bring it up that if you start feeling sorry for yourself look at Donny,” Domzalski said. “He’d give anything to be able to run around the court and play high school basketball. The kids would (then) appreciate their God-given talent when they’re on the floor because a lot of kids don’t have the chance. ... It’s not about the wins or losses. It’s about the people you come across.”

Gray, Frontier's athletic director, is going to miss Domzalski and ignored the urge to try and change his mind on retiring.

"I have too much respect for Coach D to talk him out of retiring," Gray said. "He has been the corner stone of our Athletic Department and we wanted him to go out on his own terms."

Domzalski said he wouldn’t have been able to do his job without support from his family, including the mother of his children and his first wife, Laurie, his current wife, Donna, and daughters Maren and Kelly, who spent many hours in the gym while their father indulged in his passion.

Domzalski said he also wouldn’t have been able to make a difference without the quality assistants he’s had, which surprisingly has been a low number considering his tenure. The four junior varsity coaches he's worked with include the late Tim Dyrek, Rob Pieroni, Ryan Collins and Foley. Domzalski only worked for three athletic directors; he thanked them for believing in him.

With Foley set to take the reins, Domzalski’s career has come full circle. Domzalski’s first coaching job as an assistant was under Tim Foley’s father, Joe, and Bill Bilowus at Lackawanna.

Domzalski retired two years ago from teaching at Frontier but now supervises physical education student teachers at Canisius College. He also has a grandson named Mariano, after New York Yankees Hall of Fame-elect Mariano Rivera, to help keep him busy – to help keep him feeling young.

Domzalski the high school coach, though, will be a tough act to follow.

"We will never replace him but we will do our best," Gray said.