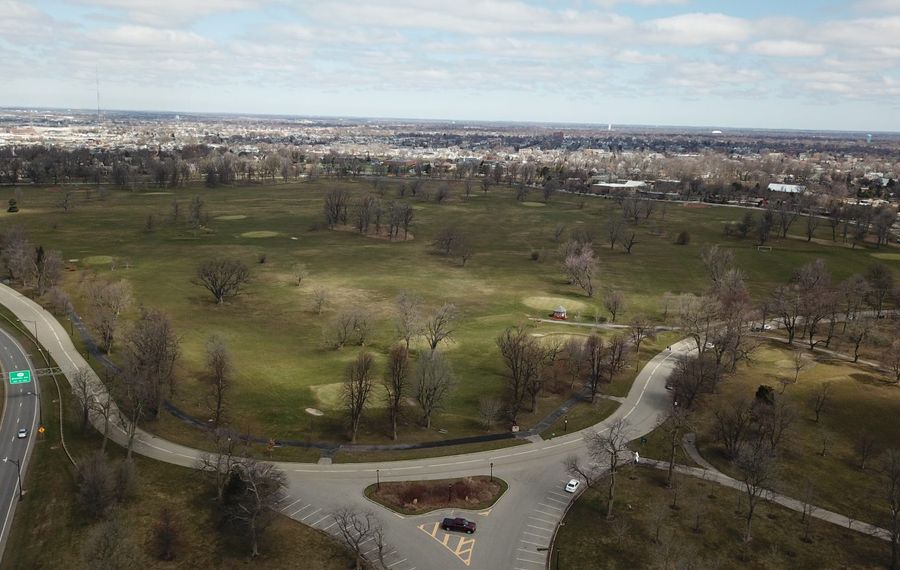 By Kevin Gaughan
Special to The News

The renowned French marshal and avid arborist, Hubert Lyautey, once asked his gardener to plant a tree. The gardener balked, claiming that the tree’s growth rate required 100 years to reach maturity. “In that case,” Lyautey replied, “we haven’t a moment to lose; plant it this afternoon.”

In describing the qualities that informed Frederick Law Olmsted’s achievements as a landscape architect, biographer Witold Rybczynski noted what a pal of Olmsted called his “long-headedness.” A level of patience that permitted Olmsted to devise plans that revealed themselves only in the fullness of time. Olmsted’s genius was to employ nature’s canvas in designs that, as the years passed, both acknowledged man-made environs and concealed them.

Olmsted created his designs in service of a simple, but revolutionary, idea: nature not only lifts the human spirit, but strengthens it. And regardless of social or economic status, Olmsted believed, every human being has a right to share in that experience. To those immigrants who inhabited 19th century American cities, whose back-breaking work in smoke-choked factories helped create our nation, Olmsted’s open-air spaces were heaven sent.

From the father who raised him in their Connecticut home, Olmsted inherited a placid personality, an iron will and a love of nature. Having lost his mother at age 3, young Olmsted was given to bouts of the blues and, like another New Englander, Henry David Thoreau, he found refuge in communion with the outdoors.

“The root of all my good work,” Olmsted recalled late in life, “was an early respect for … the power of scenery.” But he felt that a landscape’s uplifting qualities were best experienced unconsciously. Only through quiet enjoyment does nature’s alchemy work its magic, Olmsted asserted, as “silently the charm comes over us, we know not exactly where or how.”

The word “landscape” derives from the German, “landschaft:” land, or bordered territory; and “schaffen,” to make or create. Its scenic meaning developed from 17th century Dutch painting, which introduced the word into English, with more emphasis on scenery than territory. Eventually, landscape’s meaning evolved into the expression of human ideas.

Olmsted came to landscape architecture in middle age, after having bounced around and through several other pursuits. His securing the commission for New York’s Central Park in 1858, according to scholar Francis Kowsky, resulted more from the drive of Olmsted’s design partner, Calvin Vaux, than his own. But once engaged, Olmsted put his fierce planning skills to even fiercer use.

Olmsted’s Central Park design caught the eye of William Dorsheimer, a Buffalo attorney, writer and admirer of the arts. In 1868, Dorsheimer lured Olmsted to Buffalo with the aim of convincing him to design a similar park for the then infant city. But upon viewing Buffalo’s Paris-inspired grid – broad boulevards radiating from elegant circles – Olmsted saw the perfect canvas on which to realize his more majestic vision: a network of parks, connected by tree-lined parkways, which feed into roundabouts aimed at reducing the rapid urban pace to a more human pulse. Olmsted’s animating idea was to move citizens throughout their man-made space, and still have them feel the rhythm of natural life.

As the 19th century closed, Olmsted put the finishing touches on his Buffalo masterpiece, giving birth to America’s pioneering system of parks and parkways. And with it, the process of determining the role of bucolic settings in a bustling city, and ensuring their accessible, inclusive purpose.

Then, the 20th century dawned, and cast one of its brightest lights on the only game played in nature: golf. The sport’s rapid growth, evolving from a private, affluent pursuit to a public phenomenon, ushered in a golden age of golf course design. The century’s early years saw the creation of what remain today the most acclaimed golf landscapes in the United States, as the number of courses in the nation grew from 750 in 1916 to more than 6,000 by 1930.

Between the end of World War I and the arrival of the Great Depression, several of America’s most gifted golf course architects labored. Among their creations were New York’s Lido Club and Winged Foot, California’s Riviera Club and Pebble Beach, Michigan’s Oakland Hills and Georgia’s Augusta National.

America’s first public golf course opened in Van Cortlandt Park in the Bronx in 1895. That same year in Buffalo, Olmsted was installing an “arboretum” in his South Park. Inspired by Egyptian pharaohs, who collected trees from throughout their hemisphere, Olmsted selected and mapped out more than 2,300 species of trees, shrubs and other ligneous plants. A meandering pathway wound through his “tree museum,” slowly revealing the history of woodland growth on Earth.

For most of his life, Olmsted envisioned his landscapes as pastoral settings intended for passive enjoyment. He saw his parks as “compositions,” in which all parts were subordinated to a single effect. But eventually, Olmsted acceded to Americans’ increasing desire for active recreation. His first bow to competitive sports was in Boston’s Franklin Park, where he included areas for tennis, croquet and baseball. The incursion of undemocratic space – attractive to a subset of citizens – into his inclusive, democratic spaces, was a sore point. But even Olmsted, perhaps the most pure of Olmstedian purists, relented.

Leading up to his death in 1903, Olmsted’s acceptance of athletic fields acted as tacit permission for inserting golf courses in his parks in the early 20th century. From Toledo (1899), Chicago (1899) and Milwaukee (1903), to Atlanta (1912), Buffalo (1915), Detroit (1922) and Louisville (1928), golf courses were placed on Olmsted lands – in many instances with neither preservation sensibilities nor regard for the master’s original design.

And there these golf courses remained throughout the last century, receiving less and less care as the decades passed. As postwar sprawl drained American cities of people and capital, public resources necessary to maintain Olmsted’s parks and their recreation spaces disappeared.

Here in Buffalo, golf’s addition to the Olmsted tradition took a particular toll. An 18-hole course in Delaware Park eliminated a portion of his original “meadow.” A second nine-hole course installed in South Park erased his arboretum gem before it reached full gleam. As a result, for more than a century, Olmsted enthusiasts have strived to restore his original vision in Buffalo, especially the only arboretum he ever created.

Into this narrative, I introduced my Buffalo plan, conceived to ensure the future of Olmsted’s legacy by reaching back to revive his original ideas, and thereby usher these beloved spaces into a new age. It’s an initiative based on thought and research. And it’s a plan that my project partners – legendary champion Jack Nicklaus, global financier John Thornton – and I feel can serve as a model for Olmsted parks throughout the United States.

My first step was to interview Buffalo residents who play golf in Olmsted’s parks. New York State’s second largest city, Buffalo is the fifth poorest urban center in America. According to the U.S. Census Bureau, more than half of Buffalo’s children live in poverty; 30 percent of adults are illiterate; and 26 percent of young African-Americans are unemployed.

I discovered that the majority of inner-city residents who golf in Buffalo’s Olmsted parks do so because they lack resources and means to access private facilities. A large percentage are African-American, as well as immigrants. Indeed, I learned that what perhaps were once misplaced golf courses have evolved over the decades into cherished Olmstedian spaces. Just as Olmsted’s parks did for 19th century American immigrants, these courses bring nature to our nation’s new immigrants.

Based on these findings, I crafted a restoration, recreation and education plan, in which:

• Nicklaus redesigns the Delaware Park golf course, using less land and incorporating Olmsted’s original contours. Nicklaus’ design will include pathways through the course for use on “non-golf” days, permitting restoration of a portion of Olmsted’s “meadow” and rendering the golf landscape available to non-golfers.

• Instilling these two amenities with an education purpose through construction of a vocational training center. This school will provide inner-city youth with trade skills in land and water conservation, botany, agronomy and business management.

My animating idea is that America’s urban parks should not be merely recreation spaces. They should help improve people’s lives. Historically, the golf industry has done an exceptional job teaching young people to participate in the game. But you cannot play golf on the weekend if you don’t have a job during the week.

To this mission, Nicklaus and Thornton have graciously brought their unparalleled skills. Without their help, this project cannot succeed. With the support of all Western New Yorkers, it cannot fail. On Wednesday, we launched a fundraising drive, requesting hundreds of local companies to lend a hand. Our goal is to begin site work this spring, and for that we need to show our national funders a healthy degree of local support.

In having Nicklaus, a world-renowned icon, redesign the golf course in Delaware Park, where the course begins and Olmsted’s masterpiece ends will be indeterminable. Which is fitting and proper, as all golf course designers are descendants of the founder of landscape architecture.

Kevin Gaughan (kevin@kevingaughan.com) is a Buffalo attorney and civic leader. The project’s website is nicklausolmstedbuffalo.org.