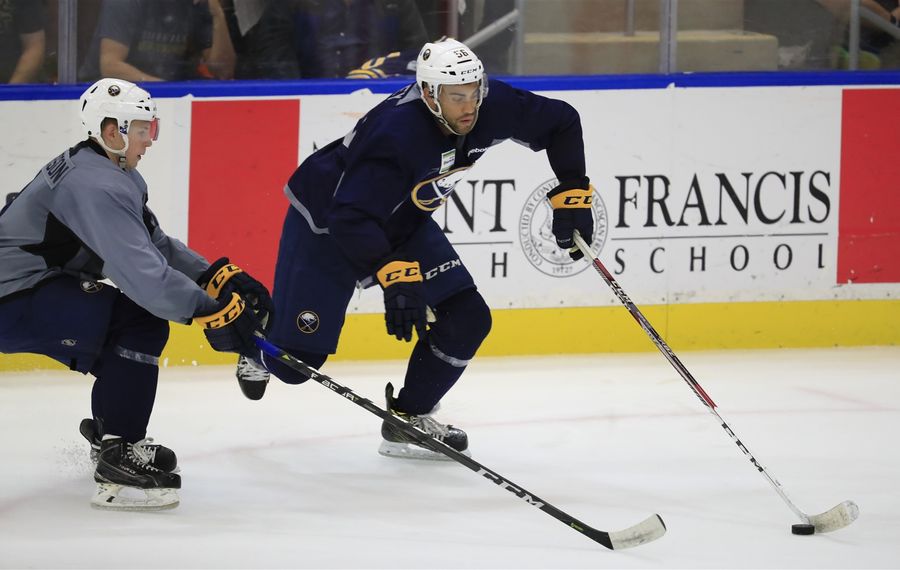 Justin Bailey needed only 10 games away from Rochester to earn another call to the NHL.

Bailey, a 23-year-old Williamsville native traded by the Buffalo Sabres last month, was recalled by the Philadelphia Flyers on Sunday morning. The former second-round draft pick had five goals among seven points in 10 games for Lehigh Valley, the Flyers' AHL affiliate.

Bailey joined the Flyers for practice Sunday morning, however, interim coach Scott Gordon told reporters that Bailey will not play Monday night against the Pittsburgh Penguins. Instead, Bailey was recalled as a precaution and this gives him an opportunity to learn the team's system.

"I don’t think you ever expect to get called up,” Bailey told reporters following practice Sunday in Voorhees, N.J. “I think I put together a couple good games since I came over here. I was doing everything I could to earn my way up. I was pleasantly surprised [to get called up] and happy and really looking forward to the opportunity.”

His tenure with the Sabres did not go as planned. On Jan. 17, Bailey, who was drafted 52nd overall by Buffalo in 2013, was traded for winger Taylor Leier after scoring five goals with three assists in 52 career games with the Sabres. Leier, a 24-year-old former fourth-round draft pick, has two goals and one assist in seven games with the Amerks.

Bailey had nine goals among 20 points in 37 games for Rochester at the time of the trade and was not on the verge of being recalled to Buffalo. He had eight points in 52 career games with the Sabres, including four with a minus-2 rating in 12 games last season.

Flyers General Manager Chuck Fletcher spoke highly of Bailey to reporters Saturday, adding that the team soon would make a determination if Bailey would join Philadelphia for a playoff push. The Flyers (25-23-7) entered Sunday six points back of the second wild-card playoff spot and four behind the Sabres.

The two teams will play in Philadelphia on Feb. 26, though it is unclear how long Bailey will be in a Flyers uniform.

"I was looking for a change of scenery,” Bailey said. “I couldn’t be happier that it was Philly. Its obviously an organization that has a great history, a place I’ve watched growing up as a kid."