A child is abducted and murdered by two 10-year-olds. An elderly woman and her nurse develop a deep friendship. Five anthropomorphic animals meet in a group therapy session. Those are just a few of the diverse — and often dark — stories that make up this year’s list of Oscar-nominated live action and animated shorts.

The films, which open as two separate programs on Feb. 8 at the Dipson Eastern Hills, are mostly centered on somber topics and themes. But all are unique, expertly crafted entries worthy of praise. They may lack the name recognition of “Bohemian Rhapsody” or “A Star Is Born,” but this is exhilarating, ambitious cinema.

Here are a few highlights, followed by a list of the other scheduled films.

“Detainment”: There is no question which of the nominated shorts is most disturbing. The 30-minute “Detainment” is based on the notorious abduction and murder of little James Bulger in the United Kingdom in 1993. What made the boy’s death even more tragic was the identity of his killers: two 10-year-old boys. “Detainment” has already caused controversy in the U.K., and it’s no wonder; the Bulger case captured the attention of the nation. Yet director Vincent Lambe’s film never sensationalizes the story. It is instead a profound, sobering drama featuring remarkable performances from its two leads playing the murderers. 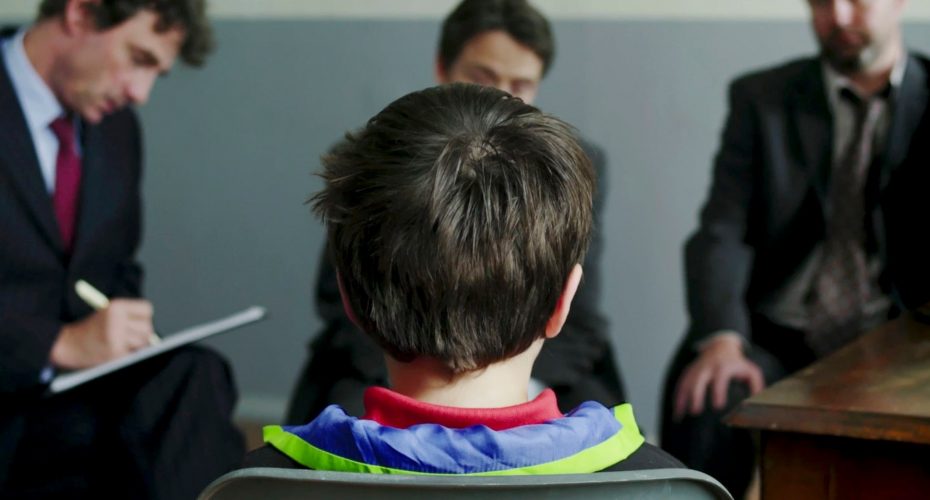 The Oscar-nominated short "Detainment" is based on a true story about a boy's murder.

“Madre (Mother)”: Similarly upsetting is “Madre (Mother),” a tense drama from Spanish filmmaker Rodrigo Sorogoyen. In 17 fast-moving minutes, we watch as a mother receives a call from her young son, who is vacationing in Spain with his father. It soon transpires, however, that the boy is all alone. The short comes to a genuinely unnerving conclusion. Interestingly, the director followed up with a feature-length version featuring the same cast. If the short is any indication, it will be another uneasy watch.

The other Oscar nominated live-action films are:

“Bao”: If there is one film among the nominated live action and animated shorts that local audiences may have seen, it is “Bao.” The latest short from Pixar played before last summer’s “Incredibles 2” — remember, the dumpling one? If not, you are in for a sweet, heartbreaking, but tasty treat. Written and directed by Domee Shi, the Toronto-set comedy is centered around a mother missing her adult son. Soon, she has a new opportunity at motherly love, as one of her lovingly-made dumplings comes to life. Its tone may throw young viewers; when my son and I saw it before “Incredibles 2,” some children in the audience audibly gasped at one moment. Whatever one’s age, prepare to be craving dumplings afterward.

“Weekends”: Like “Bao,” “Weekends” is set in Toronto. Canadian director Trevor Jimenez’s film is, however, much darker — and dumpling-free. The strikingly animated short tells of a boy’s back-and-forth visits to the homes of his divorced parents. Rooted in the sad realities of childhood and featuring an omnipresent Toronto skyline, “Weekends” is reminiscent in tone of 2016 animated powerhouse “My Life as a Zucchini.” Both are visual wonders that pack a surprising punch.

The other Oscar nominated animated films are:

Two additional animated films, “Wishing Box” and “Tweet Tweet,” will also be shown as part of the program.