Fans at the 53rd Monsignor Martin Wrestling Tournament had the unique experience of seeing twins Matt and Zach Ash of St. Mary's-Lancaster wrestle each other in the 126-pound semifinals. Matt, who has more wrestling experience, won a 12-7 decision to advance to the tournament finals.

For most in the crowd, the only way to tell them apart was who was wearing the red around his ankle and who had the green for scoring purposes. 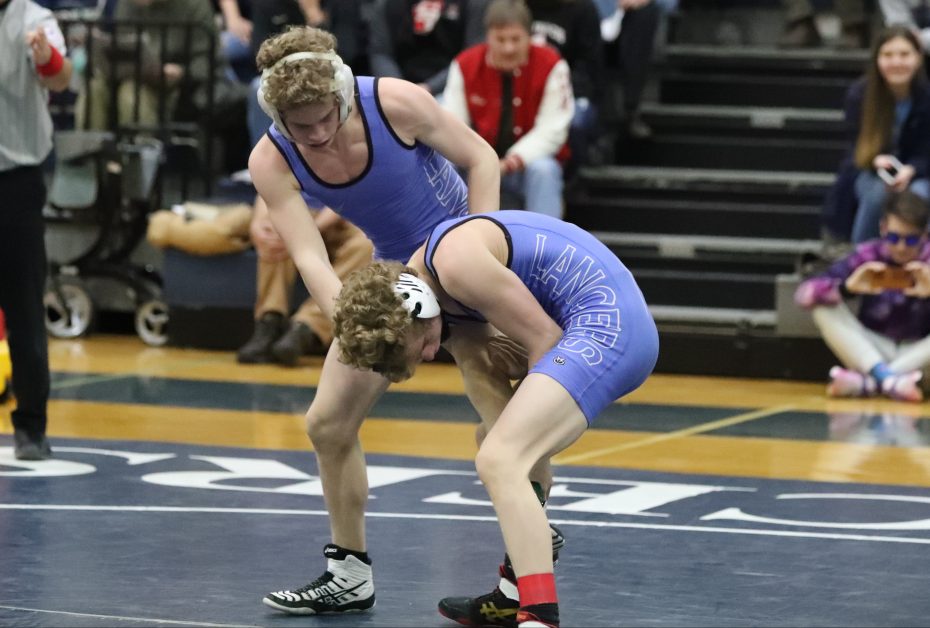 "They love to wrestle each other," St. Mary's coach Zach Weiss said. "They do it all the time at home. ... They are both a little unorthodox and are exciting to watch wrestlers. We knew there was a crash course set for them to face each other. We were hoping it would be in the finals, but it ended up being the semifinals."

Matt lost in the final to Trevor Sheehan, another St. Mary's wrestler. 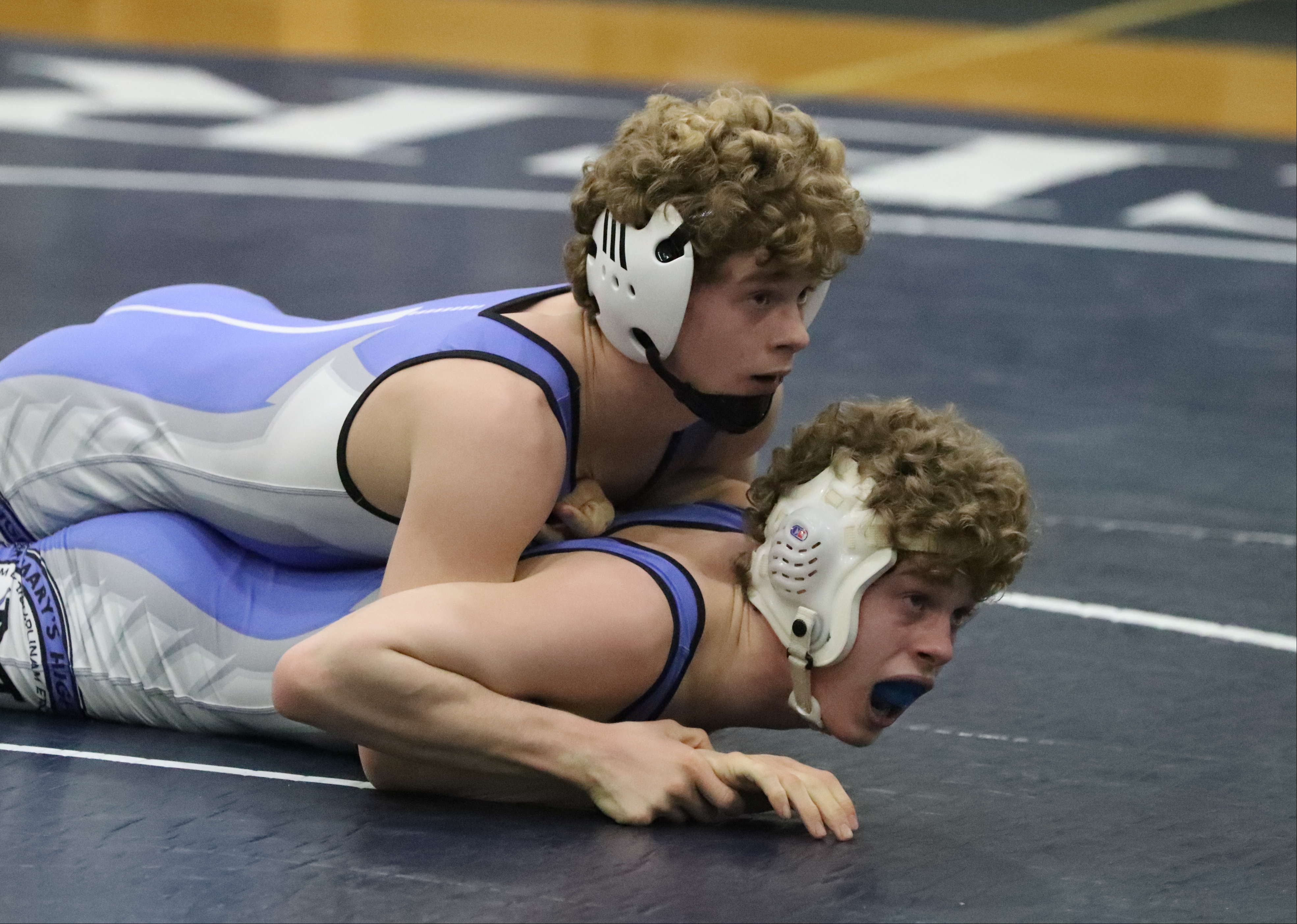 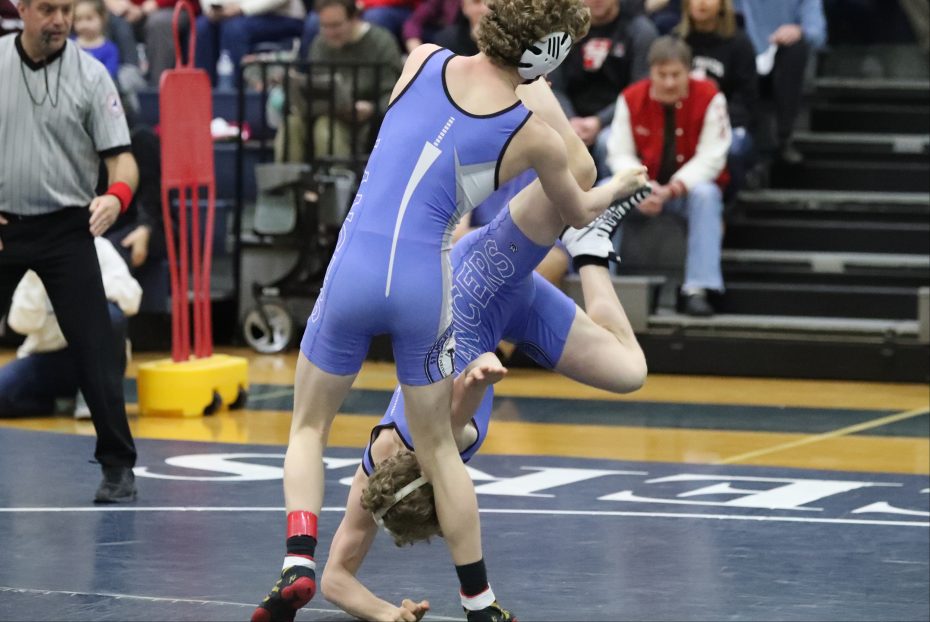 Mom's advice to her sons before the match: "Go have fun and nobody get hurt."

"She’s used to them beating up on each other at home so it was like any other day," Weiss said, laughing. 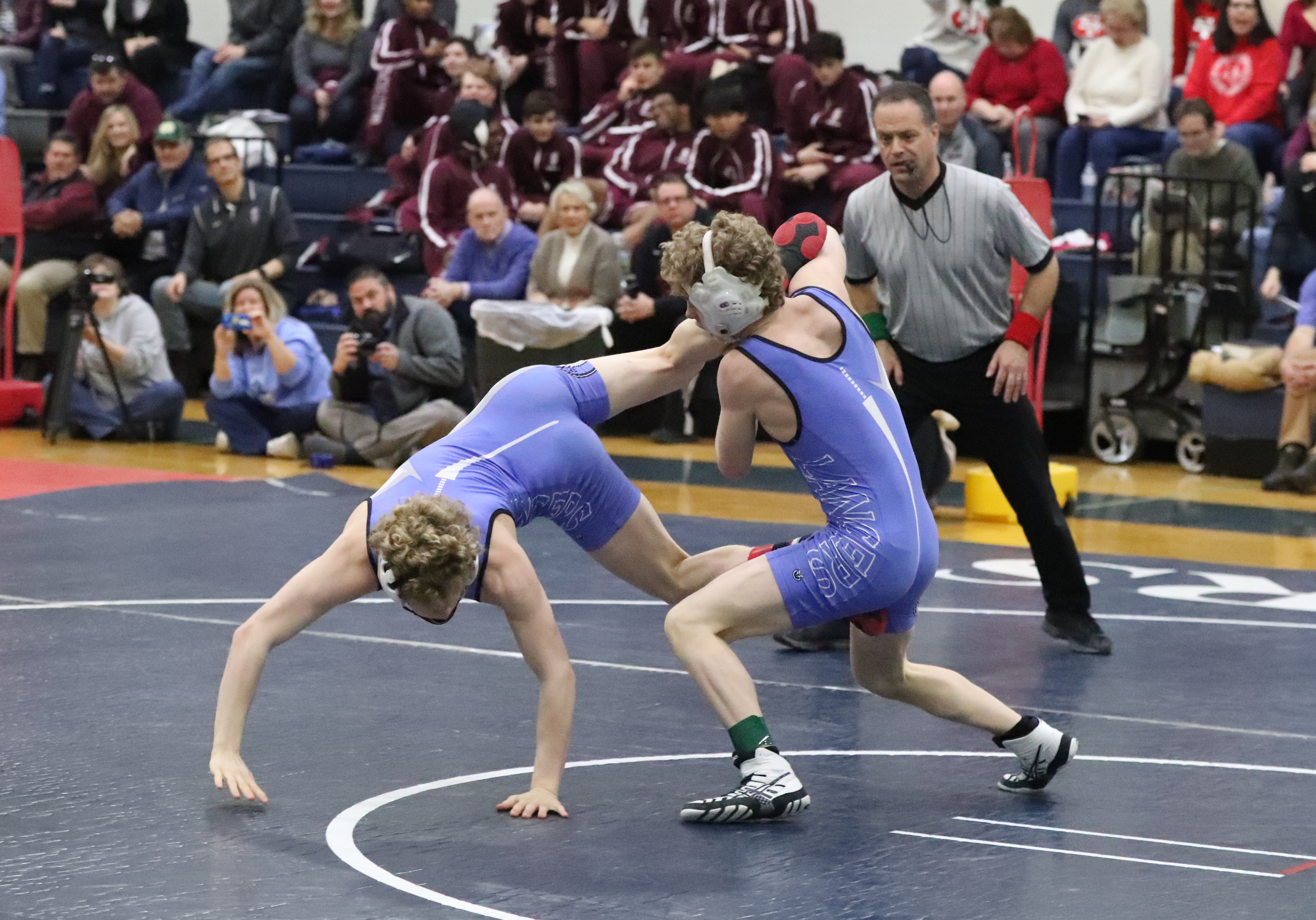 Where things got even more interesting was when Zach did a back flip to escape from a hold. The move is illegal in high school wrestling, but it was recently completed by Penn State's Kevin Bravo-Young in a match.

"It was pretty awesome, even thought it was an illegal move," Weiss said. "They saw the Penn State do it and they messed around with it. They have gymnastics in their past, and that impacts a lot of stuff than they can do." 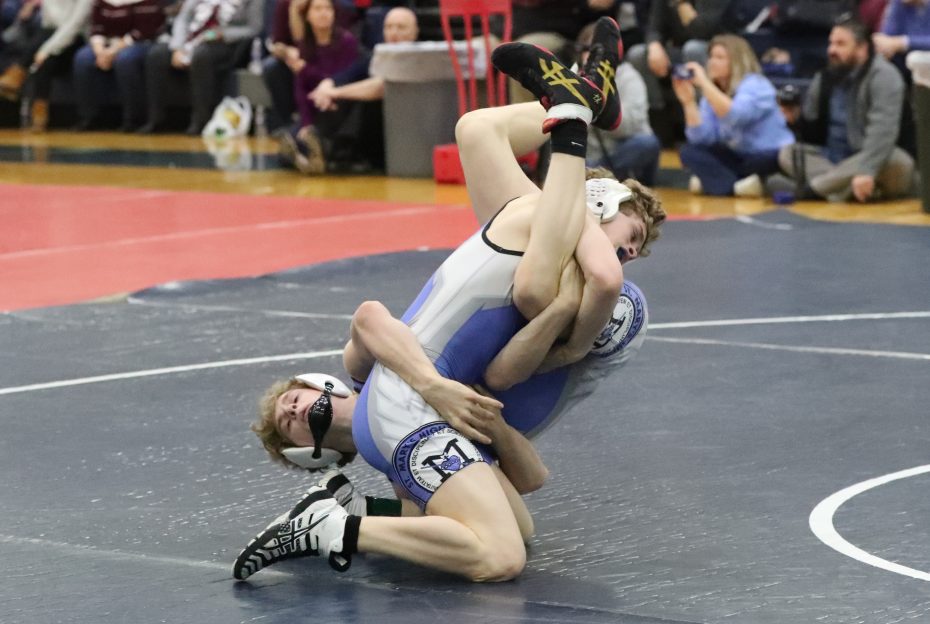 "It got to a position where he knew he could do it and he went for it," Weiss said of the flip. "It was pretty great. The ref knows that’s an illegal move in high school. He called it real quick.

"Everybody was like, 'It was illegal, sure, but it was spectacular.'" 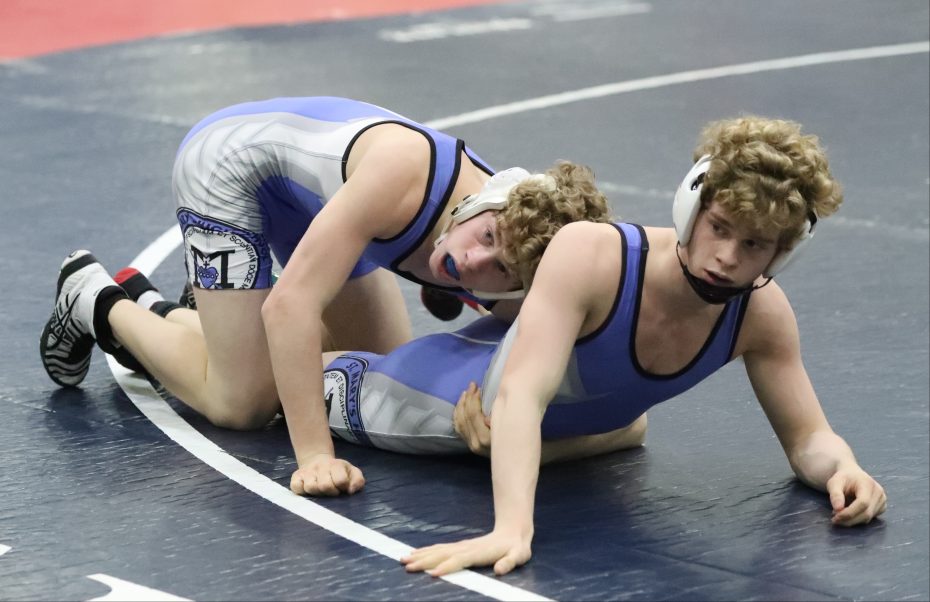 When the match was over, the crowd cheered.

"Everybody in the gym was watching them," Weiss said. "Everyone in the league league was interested in that match. It was pretty cool to have their success come to the forefront."­

Next up for the Ash twins is the CHSAA state qualifier at Holy Trinity in Hicksville, N.Y., with berths in the state Federation tournament at stake. 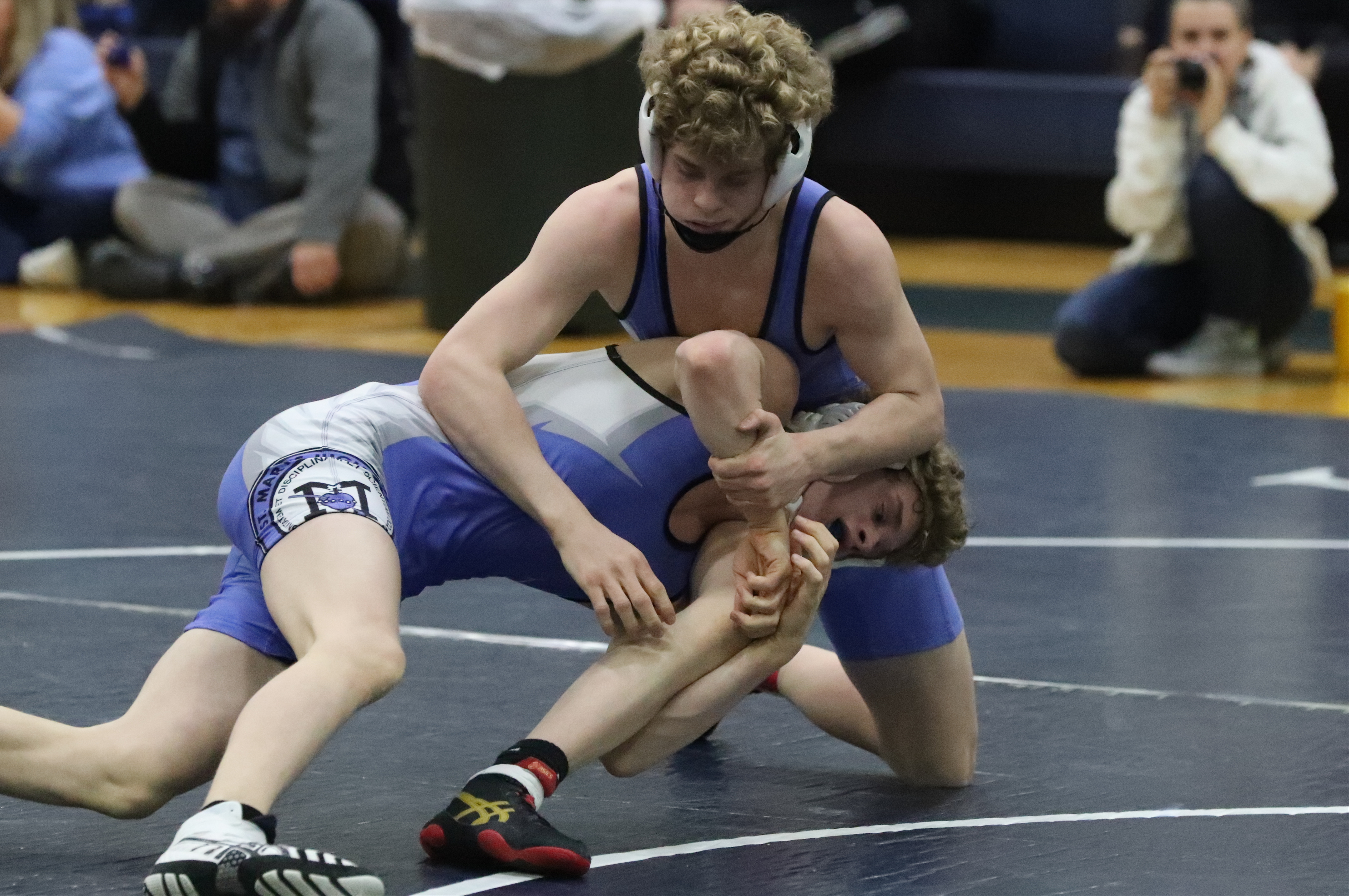 Hey, @FloWrestling, check this out. Hey everybody, check out the Ash brothers. Check out @StMarysWrestles! pic.twitter.com/2Xn9Z8zQTb