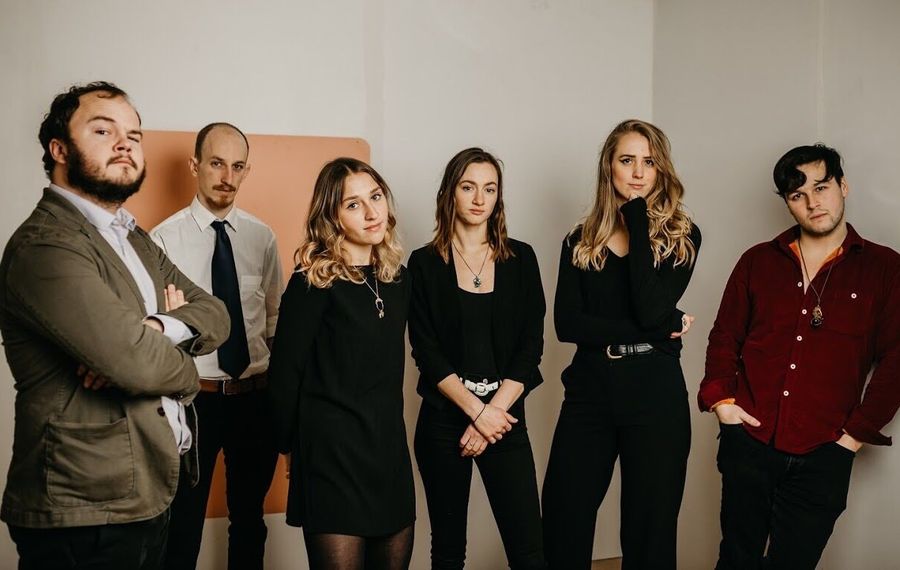 The arena-rock indebted punk act is touring to support its latest release, 2018's "Master Volume," which saw the band deliver a slightly more polished and stadium-ready version of its raw and powerful riffs.

The show is the latest installment of Alternative Buffalo's ultra-affordable "You Saw Them First" music series, which if you are new to this, offers an extremely low-priced ticket ($1.07 to be exact) to catch an on-the-rise act before it is too big for your bank account.

Opening up the show will be local products SMUG and Parade Chic.

While the weather lately sure hasn't felt like it, summer days of enjoying Duende's Cantina outpost are very, very slowly inching closer. Until then, Silo City's headquarter bar has been in operation all winter, continuing to provide a comfortable space to catch some great local, many times left-of-the-dial, bills.

Next up will be a set from unassuming dream-pop group Coral Collapse. The airy four-piece has recently been upping its stage appearances as it preps for the release of its debut full-length album later this spring. Fans of Captured Tracks acts like Wild Nothing, Beach Fossils and DIIV would be wise to make the drive to hear the band's wistful melodies.

Harmony-heavy Americana act Upstate will hunker down and unplug at the Elmwood Village brewery.

Formally known as Upstate Rubdown, the rising and rebranded Hudson Valley band continues to make a lasting impression on Buffalo music fans. Over the year couple of years, the must-see group has performed locally to growing crowds, including gigs at Larkin Square, Lockhouse Distillery and Buffalo Iron Works, in addition to a spirited set at the inaugural run of last summer's Borderland Music Festival at Knox Farms.

Upstate's latest Buffalo visit, a stripped-down set in Thin Man's intimate, upstairs loft, will be to support its forthcoming new album "Healing," the first collection of new music from the band since standout vocalist Allison Olender joined the group.

Recorded with Woods Brothers' member Jano Rix in Rhinebeck, N.Y., the album was made possible by a very successful Kickstarter campaign that saw its lofty goal reached last winter. It will formally drop on Feb. 8.