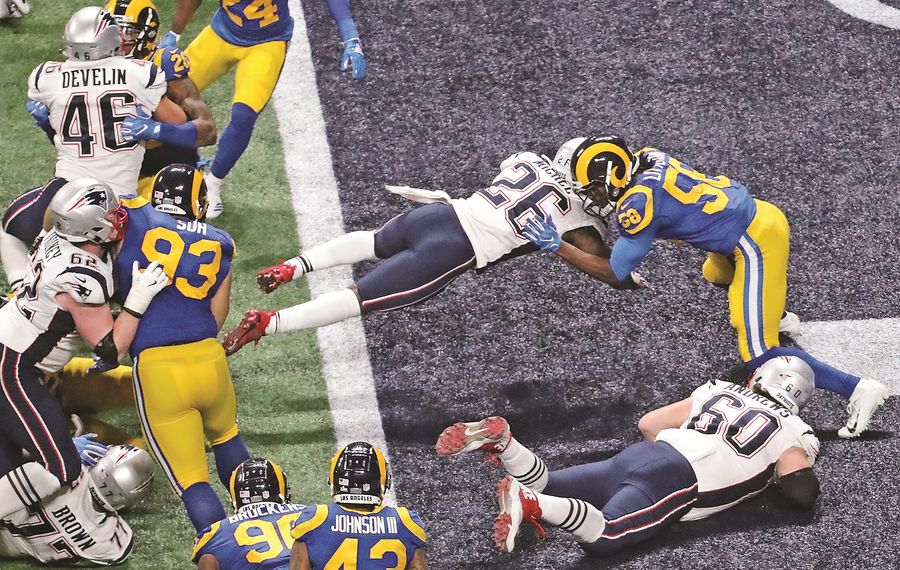 The New England Patriots’ 13-3 victory against the Los Angeles Rams in Sunday’s Super Bowl had a preliminary rating of 52.4 on WIVB-TV (Channel 4), the local CBS affiliate.

That’s a strong rating for the lowest-scoring Super Bowl in history. CBS reports Buffalo was the No. 3 market for this year's game, behind only Boston (57.1) and Richmond (52.6).

However, the Buffalo rating is about a 7 percent drop from the 56.4 rating for the Philadelphia Eagles’ 41-33 victory over the Patriots on WGRZ-TV (Channel 2) in the 2018 Super Bowl when the Buffalo market was the highest-rated in the country.

It also continues a downward local trend over the last three years here for what is the highest-rated TV event of any year by a significant margin.

The 2018 Super Bowl rating was in a tie for the second-highest ever in Buffalo, behind only the 57.2 rating for the Patriots victory against Atlanta in 2017 carried by Fox affiliate WUTV.

The rating was strong during the start of the halftime show.

It hit a 53.7 rating on Channel 4 from 8 to 8:15 p.m. when the halftime show included analysis and one of the best commercials of the night before Adam Levine and Maroon 5 went on stage at 8:07 p.m.

The ad I am referencing is the comic way the National Football League celebrated its 100th anniversary.

When former Buffalo Bill Marshawn Lynch tried to sneak some frosting off the celebratory cake at a party, the golden football fell from the top, prompting a shout of “fumble” and leading to re-enactments of some classic plays by some of the NFL’s greatest legends.

By the time the halftime show ended, ratings at Channel 4 slipped.

The 15 minutes in the second-lowest rated time period also included the second-half kickoff at about 8:28 p.m.