Ehkalue Soe, a 21-year-old auto technology major at Erie Community College, will become an American on Thursday – and it ended up being easier for him to do so in Buffalo than it would have been in most other cities in the nation.

A national study released Monday ranked Buffalo as the nation's fifth-best city for becoming a U.S. citizen. And to hear newly minted citizens and local immigration lawyers tell it, a lot of it has to do with the local office of U.S. Citizenship and Immigration Services, which processes citizenship applications more efficiently than most other such offices nationwide.

"They're very nice," Ehkalue Soe said of the staff at the office. "They help you a lot. They did everything they could for me."

That comes as no surprise to local immigration attorney Matthew Kolken.

Evidence of the office's professionalism can be found in that new study, which was conducted by Boundless, a Seattle company that aims to make it easier for immigrants to apply for permanent residency or citizenship.

Boundless collected federal data to find that the citizenship process – from the initial application to the naturalization ceremony – took an average of only 5.3 months in Buffalo in fiscal 2018, which ended last Sept. 30. It takes nearly twice that long to become a citizen in New York City, and more than three times as long to do the same in Dallas or Houston.

Compared to the Buffalo average, Ehkalue Soe waited a bit longer than most would-be citizens in Buffalo. A refugee of Burma's Karenni minority who came to Buffalo at the age of 16 from a refugee camp in Thailand, he started the citizenship process last June.

He took the citizenship exam – which covers English speaking, reading, writing and American civics – on Jan. 22. The next day, he got a call, and a government official told him his naturalization ceremony would take place on Feb. 7.

"It may be quick, but some of my friends got their citizenship even faster than me," he said.

Doing so is not an easy process. Immigrants generally must spend at least five years as legal U.S. residents before they can apply. In that time, they must learn English and save up for the $640 application filing fee – which might not sound like much for a single immigrant, but can be a burden when families have multiple members trying to become citizens at the same time. 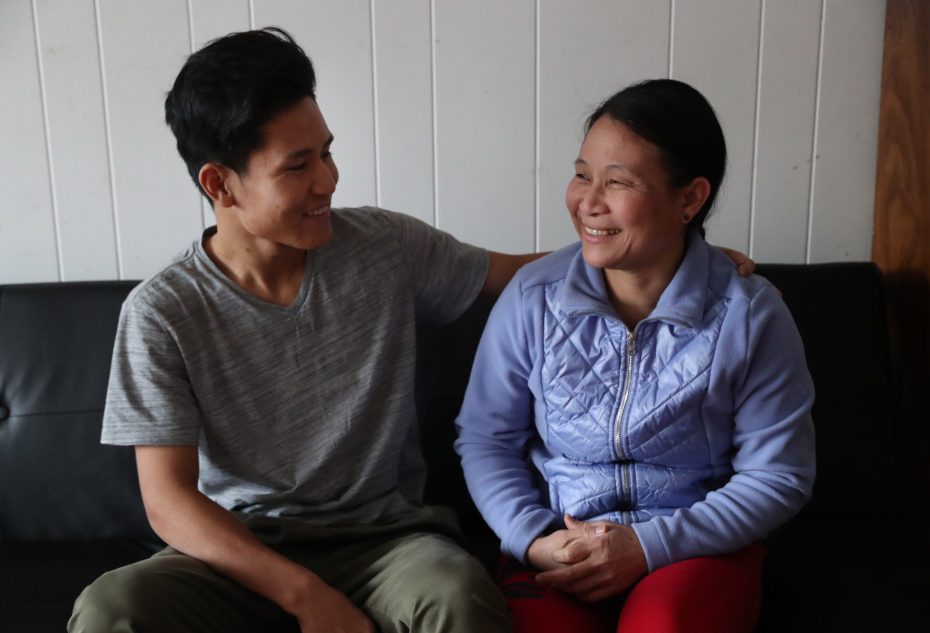 Boundless is trying to find ways to ease the process, and in doing so, it collected hard-to-find USCIS data to prepare its report.

"For Buffalo, what's exciting is that on the whole across all of our metrics, the local office performed well," said Xiao Wang, co-founder and CEO of Boundless.

For one thing, Buffalo at least has a USCIS office where immigrants can go to take the citizenship test. Immigrants in some similarly sized metro areas, such as Tulsa, Okla., and Grand Rapids, Mich., have to travel more than 100 miles to do the same.

The Buffalo USCIS office may be advantaged because the city gets fewer immigrants, in percentage terms, than a place like New York City, said Emma L. Buckthal, supervising immigration attorney at the Erie County Bar Association Volunteer Lawyer's Project.

But Buckthal said the lower wait times and smaller case backlogs in the local immigration office also say a little something about how it is run.

"They have been very conscious here of trying to keep wait times down," Buckthal said. "The Buffalo office is really a pleasure to work with."

News of the local immigration office's efficiency comes at a time when the immigration issue is roiling the nation.

President Trump took office two years ago vowing to crack down on undocumented immigrants, but he has also put into place policies that make it harder for legal immigrants to become citizens. Immigrants from Muslim countries, in particular, are more likely to experience longer wait times getting their citizenship applications processed, immigration lawyers said.

And nationwide, the Boundless study found that average wait times for citizenship applications have risen from less than six months in 2016 to more than 10 months last year.

Buffalo and the four cities above it on the list of best places to become a citizen – Cleveland; Riverside, Calif.; Louisville and Providence, R.I. – all had significantly shorter wait times than that.

And no matter how you feel about the immigration issue, "I don't think anybody wants the citizenship process to be inefficient," Wang noted.

Ehkalue Soe is sure glad that it wasn't.

"The day I came to America, I wanted to become a citizen," he said, adding that he can't wait for his naturalization ceremony on Thursday.

"Now I'll be equal with all the other Americans," he added.