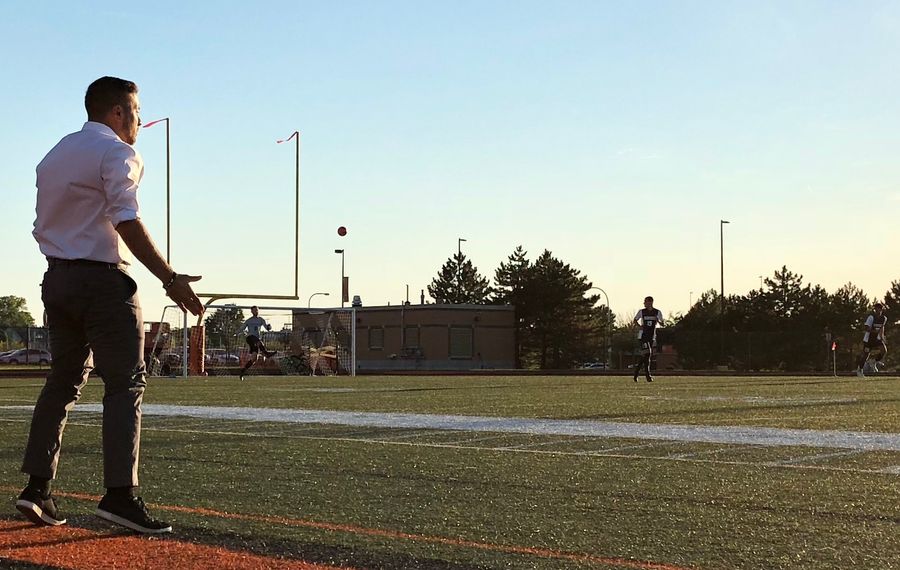 Buffalo State men's soccer interim head coach Francesco Cardillo had a yearlong audition for the position, and after out-dueling a few quality candidates, he has officially seized the role on a permanent basis, the Bengals' athletic department confirmed Monday.

When Mark Howlett moved abruptly to take the head coaching gig at SUNY Geneseo in late July of 2018, Cardillo - his assistant for two years - was handed the interim role with preseason rapidly approaching.

Despite little time for recruiting and the unfamiliar challenges of having a NCAA Division III program to himself, Cardillo led Buffalo State to an 11-5-2 final record and an appearance in the SUNYAC postseason before losing emphatically to Oneonta in the quarterfinals.

"I believe he earned his spot after last season," said junior midfielder Ali Shawish. "He reacted professionally in a short time to get us as a team up to date with the whole transition.

"We all believe in him and he believes in us and that’s a big part of why we were successful last year. To me he is the best coach for Buffalo State and it’s going to be great to see what we can do as a team next season."

Shawish will be one of two senior starters returning next year, with outside back Colin O'Keefe joining him. Cardillo will be hard-pressed to replace a very solid five-man graduating class, which includes captain August Finn, Robert Williamson, top goalkeeper Andy Queen and reserves Jake Ferry and Alex DiCarlo.

"Buffalo State hired the right guy," added Howlett, who enters his second season with the Knights. "Over the six years he has been at Buffalo State he has given everything to the institution. The passion and dedication he displays every day are unmatched. He also knows what it took as a player within the program to be successful and what it takes as a coach.

"The program has seen the most success in its history since he has been a part of it and I'm sure it will reach new heights under his leadership."