A Porter man charged with murdering his stepfather and dumping his body in a Cattaraugus County ravine is not mentally competent to stand trial, according to a psychologist.

Dr. Evelyn Coggins of the Erie County Mental Health Department was asked to examine Gregory A. Roy to see if he knew right from wrong at the time he allegedly killed Rudy Ray Rockett on April 29, said Niagara County Assistant Public Defender A. Joseph Catalano.

Catalano and defense lawyer Michele G. Bergevin were considering a mental health defense for Roy at a trial set to begin April 8.

"He hasn't been on his meds since before the alleged incident. He's having issues with reality," Catalano said.

In an interview, Catalano disclosed that before the killing, Roy spent about a month in the mental health unit of Erie County Medical Center after a judge ordered him to take medication for schizophrenia.

State Supreme Court Justice Paula L. Feroleto signed an order in January 2018 committing Roy for mental health treatment after complaints from his mother and birth father. He was released from ECMC after a month because the medication improved his condition. But Roy stopped taking the pills, Zoloft and Risperdal, after his release because he felt he did not need them, Catalano said. 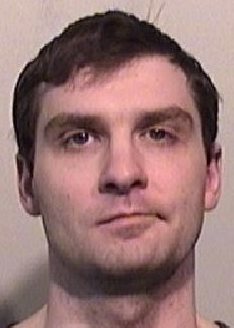 Roy, 29, stood calmly and said nothing during Friday's court appearance.

The prosecution did not object to further examinations.

After Roy's arrest on a gun possession charge April 30, Catalano asked a Porter town justice to have Roy examined for mental competency. Two psychologists found Roy competent at the time.

But that was nine months ago.

"It appears he has deteriorated in that time," Catalano said.

Catalano said the same two doctors likely will be asked to re-examine Roy and report back in time for a March 22 court appearance.

The Niagara County Sheriff's Office concluded that Roy shot Rockett multiple times April 29 during what Rockett thought was going to be a car ride from his vacation home on Lake Road in Porter to Buffalo Niagara International Airport.

Roy drove a circuitous route through Niagara County, although it's not known where Rockett was killed.

Rockett, 64, was planning to fly home to Redondo Beach, Calif., but he never boarded the flight. His partially decomposed body was found May 19 in East Otto State Forest by an Erie County Sheriff's Office cadaver dog.

Roy, who lived in the Lake Road home, gave a DNA sample July 13 for investigators to compare to genetic material found on an unregistered 9 mm handgun deputies discovered April 30 in the glove compartment of a 2006 Saab registered to Roy's mother, Elizabeth Rockett. She had reported her husband missing.

Deputies investigating her missing person report charged Roy with criminal possession of a weapon. They also saw a substantial amount of blood inside the car's passenger side door.