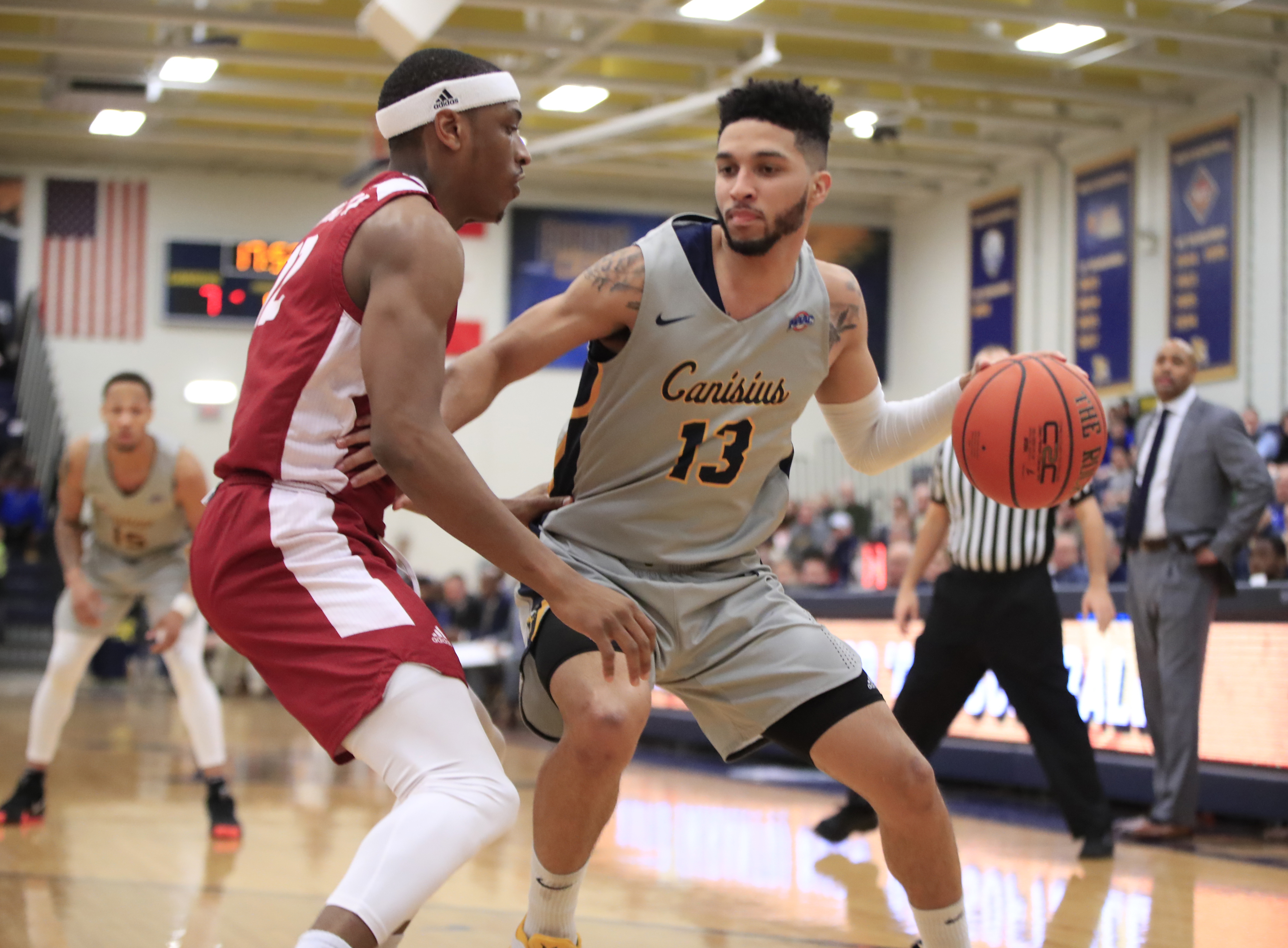 Star guard Isaiah Reese was absent from the Canisius sidelines as the Griffs knocked off Quinnipiac, 75-70, Friday night.

The team announced earlier Friday via a press release that the junior has been suspended for “conduct detrimental to the team.”

The release did not give additional information and said the school would not be commenting further at this time.

Reese left Wednesday’s game against Niagara after the first half and did not return. He’s averaged 11.8 points and 5.9 rebounds per game this season.

Freshman Jordan Henderson stepped up in Reese’s absence by logging 14 points in the first half alone to give the Griffs a big lead.

Both teams advanced to the Sweet 16 round of last year’s March Madness tournament.

The Chippewa’s are just as dangerous as they were last year. They sit at 14-5 overall and 5-2 in the conference.

Last year’s MAC Tournament MVP Reyna Frost hasn’t lost a step. Not only does she average 19 points per contest, she’s first in the conference in rebounds (12.9 rpg).

Frost is flanked by guard Presley Hudson, Central Michigan’s all-time leading scorer. She’s logged double-digit points in every game this season but one.

Cierra Dillard recorded her 1,000th point as a Bull on Jan. 26 against Northern Illinois.

She leads the conference by a wide margin with 25.1 points per game.

Canisius’ women’s basketball team will look to separate themselves from the pack in the MAAC standings as rival St. Peter’s travels to WNY for a 2 p.m. tip.

The Griffs (7-12, 5-3 MAAC) enter the game tied with Niagara for fourth in the conference.

One player to look for on the visitors’ side is freshman Briyanah Richardson, who racked up 39 points against Fairfield on Jan. 15 and is sixth in the conference in scoring.

The Gaels have not won a game since November. They sit in last place in the conference at 1-19 overall and 0-9 in the MAAC.

Freshman Juana Camilion, a native of Spain, leads the team with 8.8 points per contest.

Niagara is eyeing a third-place spot; a win combined with a Canisius loss will secure one.

Neither Canisius nor Niagara found much luck on the ice Friday night as the Griffs fell to Mercyhurst, 5-3, while the Eagles lost 6-4 to AIC.

Niagara rallied to tie their game, 3-3, before the Yellow Jackets netted three goals in the final period.

Canisius found themselves in a three-goal rut by the end of the first period and were not able to climb out despite two Dylan McLaughlin goals.

Today’s 11 a.m. game at High Point will be the start of a new era for St. Bonaventure’s lacrosse team.

It’ll be the Bonnies’ first official game as a Division I lacrosse team.

The school first announced it would establish a team in March 2017.