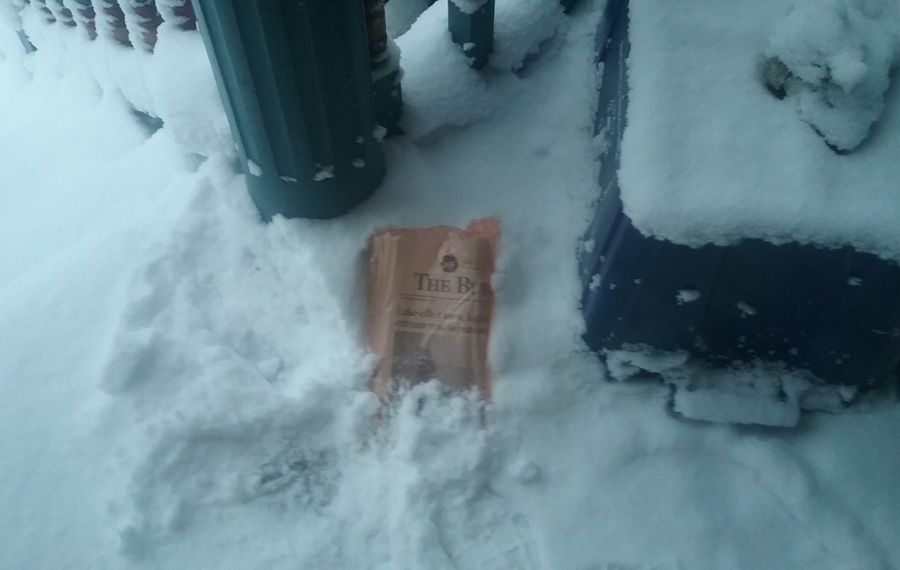 So, did you get snowed in last night?

Or are you waking up to a little more than a dusting?

Lake-effect snow hit the western and northern part of Buffalo up into Amherst and across to Clarence overnight and into the morning. Areas farther north got a couple of inches and the Southtowns, which usually take the brunt of the snow in these kinds of winter storms, were largely unscathed. That may all change later today.

Here's what Buffalo News staffers woke up to around the region:

Firefighters digging out a hydrant at Elmwood and Bryant. Also known as any given Wednesday morning in January. pic.twitter.com/1j0Gjy4YO0

The 20-minute dig-out is a workout for Danielle Sass on Parkside near Hertel. pic.twitter.com/kbOCb7eSPU

Our bird feeder in Amherst is wearing a snow hat. pic.twitter.com/bn9yCe9JUd

The lower Niagara has a lot of floating ice this morning. Another view from Lewiston. pic.twitter.com/pi0NZUIza4

Spoke too soon. First plow of the day just arrived on our street near Hertel and Delaware pic.twitter.com/6V2G3WQnbL

A sea of snow outside a backyard window, unplowed side streets and lighter winds than expected so far this morning near the Transit Road Corridor in Clarence. About 4 inches of snow fell overnight here. ⁦@TheBuffaloNews⁩ pic.twitter.com/GOIkNskZ9L

So, the no unnecessary travel advisory is definitely appropriate.

Scene this morning in the Town of Tonawanda. Light but steady snow falling. Cold but not windy. Very quiet. Saw one plow truck roll by. Cleared my driveway 12 hours ago but fresh snow is up to the tops of my boots. pic.twitter.com/AyO5eq2e8G

Snow still coming down this morning in Elmwood Village. Saw a few hardy souls out there walking on the streets. pic.twitter.com/KjiAymBZy7

Pretty clear on South Park Avenue in Hamburg, waiting for the onslaught. And not too many folks out this morning. pic.twitter.com/bmpNwyFuJg

13 degrees in Elma but little new snow. Only a dusting since last night. pic.twitter.com/ilZVvEFgy6

A couple inches of new snow since around 8 last night in Niagara Falls. My side street is pretty clear. pic.twitter.com/zINNkLoFPE

Heavy snow this morning but @TheBuffaloNews still comes through. Carrier gets the job done. pic.twitter.com/kiijwkUiqk

Countdown begins to a plow to my North Buffalo home. pic.twitter.com/I2VDGy03XR

Filed under "you know the storm is bad when ... " @TimHortonsUS inside @Harborctr is closed.