The aroma of warm fried dough melty with powdered sugar was so intoxicating that Jennifer Kurzdorfer started eating it on the drive home.

Since Kurzdorfer was diagnosed with celiac disease in 2010, fried dough was a rare treat, since gluten – found in wheat flour and other ingredients – could send her digestive tract into riot mode.

But it said gluten-free on the menu and Kurzdorfer, an administrative assistant at M&T Bank, had enjoyed other gluten-free offerings from the restaurant.

Two hours after finishing her treat, she realized she’d been “glutened.” Vomiting and diarrhea followed. She didn’t feel normal for 48 hours. It didn’t help her mood when she called the restaurant to report the incident. A manager essentially shrugged and said, “You have to understand, we hire kids,” Kurzdorfer said.

Restaurants’ handling of gluten issues have advanced considerably in the last decade. Most places have options marked gluten-free on their menus.

Gluten can still be a minefield for restaurants, partly because there are two kinds of gluten-free customers: optional gluten avoiders, and those for whom it’s literally sickening. A 2014 Mayo Clinic study suggested there were three people avoiding gluten without having celiac for each person diagnosed with the disease.

Most gluten avoiders who don’t have celiac can ingest small amounts of gluten without getting sick, and avoid gluten selectively, making it seem more like a fad diet than a serious matter. Many a server’s eyes have rolled after a customer declared themselves gluten-free, then ended up ordering the regular macaroni and cheese.

Buying gluten-free pasta or sandwich rolls to sell to customers is simple. Investing in training staff on gluten issues is harder. In the front of the house, managers and servers need training to identify customers with severe gluten issues. In the kitchen, separate food preparation workspaces and fryers may be required to eliminate the possibility of cross-contamination. The extra time and space required would stretch any kitchen staff.

Ultimately it’s up to gluten-free diners to ask the right questions in a new restaurant, to see if the place’s practices meet their needs, Kurzdorfer said. Staffers need to be able to provide accurate answers.

“It’s about knowledge and awareness, on both the restaurant and customer side,” Kurzdorfer said. Not every restaurant has the infrastructure to safely serve customers who are highly gluten sensitive. That’s OK, as long as they make it known, she said. Servers need to understand that it’s important to get the details right. “Admit you don’t know, and find the answer, rather than pretending and letting the customer worry about the ramifications later.”

Customers can’t surprise restaurants and expect the best results, she suggested. “Call ahead of time. Make yourself known. Talk to the chef, so your arrival is anticipated and they can work with you.”

Many people who suffer from gluten’s effects factor it into the price of dining out.

“It’s still frustrating, when we go out with the kids,” said Tim Jermyn, a father of three children with celiac disease.

“Trying to deal with a staff that just doesn’t know, that thinks you can have a little, it’ll be OK. You’ll order a salad, it comes out with croutons, and you say, ‘We can’t have that.’ Then they go and just pick the croutons off and bring the same salad out, but that’s enough contamination to get him sick.”

[Related: Read more about Kith and Kin in Lockport] 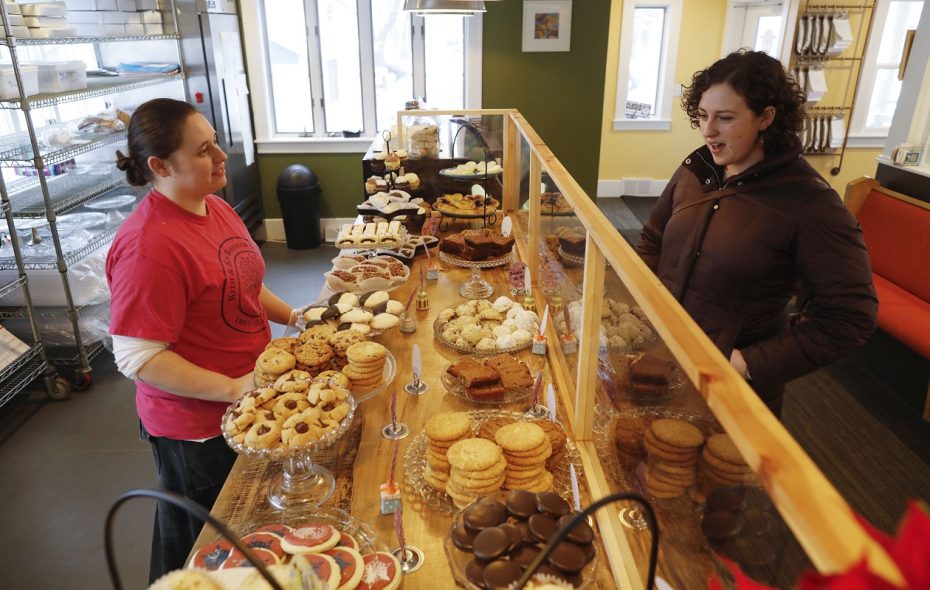 That frustration helped propel Jermyn and his wife, Lisa, into the bakery business in 2012, and eventually the restaurant business. Kith & Kin Bakeshop & Bistro opened at 5850 South Transit Road, Lockport, in September, offering breakfast, lunch, and dinner.

The response to dishes like its fish fry and deep-fried mac and cheese has been terrific, he said. There’s a map of the United States in the foyer where customers can mark how far they’ve traveled to get there. 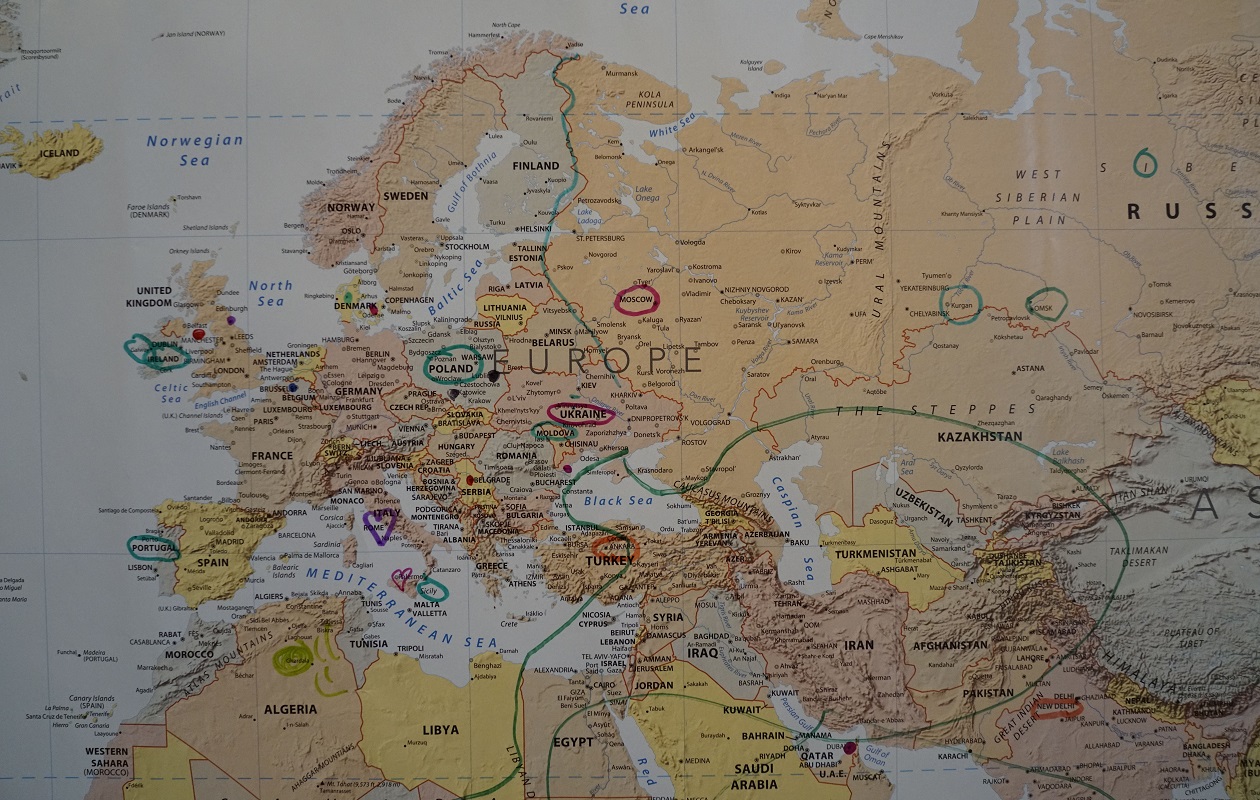 “We had to put up a world map. We’re close to Niagara Falls, so we get tourists from all over the world, and we get people from Toronto, Rochester, Erie, Pa. It’s humbling that people come from that far away to enjoy what we do.”

In Buffalo, Two Wheels Bakery & Café, a gluten-free operation, serves breakfast and lunch. Other restaurants have been working on serving the gluten-avoidant for decades. Many were prompted by finding that a family member had celiac disease.

The WNY Gluten Free Diet Support Group is a non-profit organization that’s helped the gluten-avoidant for about three decades, including a Facebook group with nearly 2,000 members. Here’s some of their favorite gluten-sensitive restaurants, from white-tablecloth places to sandwich shops and fast food. 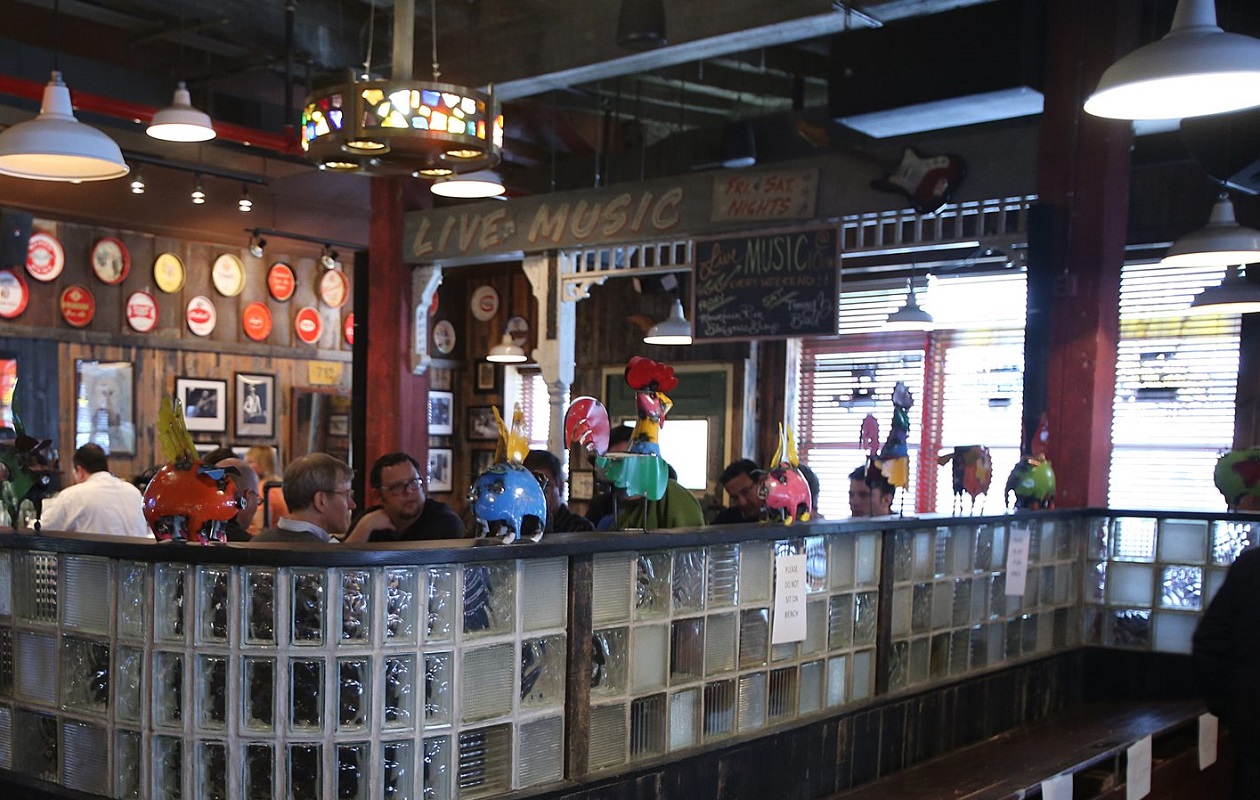