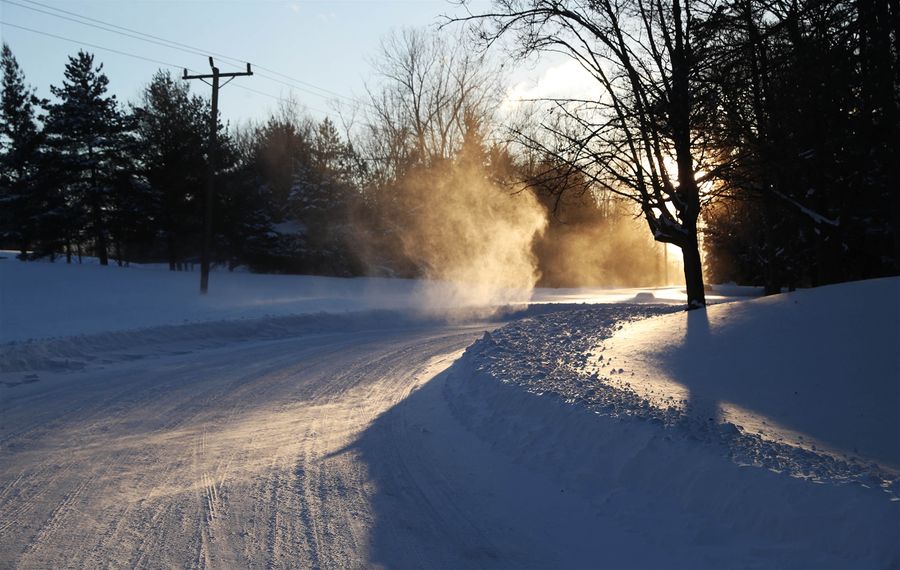 The high winds and heavy lake-effect snow have wound down, but the harsh cold will remain in place today.

As of 10 a.m., Buffalo's temperature made it back into positive territory to 2 degrees.

[Complete coverage of the January 2019 blizzard]

Here's a look at what the National Weather Service says to expect in the next 36 hours.

High pressure building in the region will bring some widespread sunshine to the region, thanks to Arctic high pressure stationed over Pennsylvania.

That'll keep things chilly. But, relatively speaking, temperatures will start easing, with a high temperature in the low teens expected.

"Temperatures will start to recover this afternoon with lighter winds," the weather service said.

Midevening temperatures are forecast to bottom out at about 6 degrees, but the mercury will start a quick ascent overnight into early Saturday.

Stay with us after the storm. Sign up today for a 30-day free trial to BuffaloNews.com.

The polar vortex will be sent off to the Labrador Sea, forecasters said.

That will allow a widespread ridge to establish itself over the eastern half of the country heading into next week. And, the big warmup will begin.

Temperatures increasing from the single-digits just after midnight will build into the middle teens by dawn Saturday and 30 degrees by 11 a.m.

Saturday's high is expected to make it into the middle 30s. Breezy conditions will be back though with gusty south-southwest winds.

Chances for some snow remain, but temperatures should hold steady in the low 30s overnight, the weather service said.

Less than a half-inch of new accumulation is possible.

Mixed precipitation is possible on Super Bowl Sunday in Buffalo.

Forecasters expect it to start with chances for some snow in the early morning, transitioning to a mix of rain and snow by midmorning and then chances for all rain by late morning.

Temperatures will rise into the lower 40s with southwesterly winds.

Buffalo last hit 40 degrees on Jan. 24 ahead of a cold front.

Slight chances for rain persist into later Sunday with overnight lows above freezing, in the upper 30s.

Even warmer temperatures – into the low 50s – are expected by Monday, the weather service said.

That could come with its own set of problems.

"The prolonged trend of warming will SIGNIFICANTLY raise the threat for ice jam flooding," the weather service said.

Forecasters said significant melting could also result in large rises in creeks and streams that have been blitzed with heavy snows over the past two weeks.

Brutal cold expected to give way to nearly 50 degrees, rain by early next week

A ridge of high pressure will keep temperatures above-normal most of next week as well.

Daytime highs are expected in the low 40s through at least next Thursday, the weather service said.