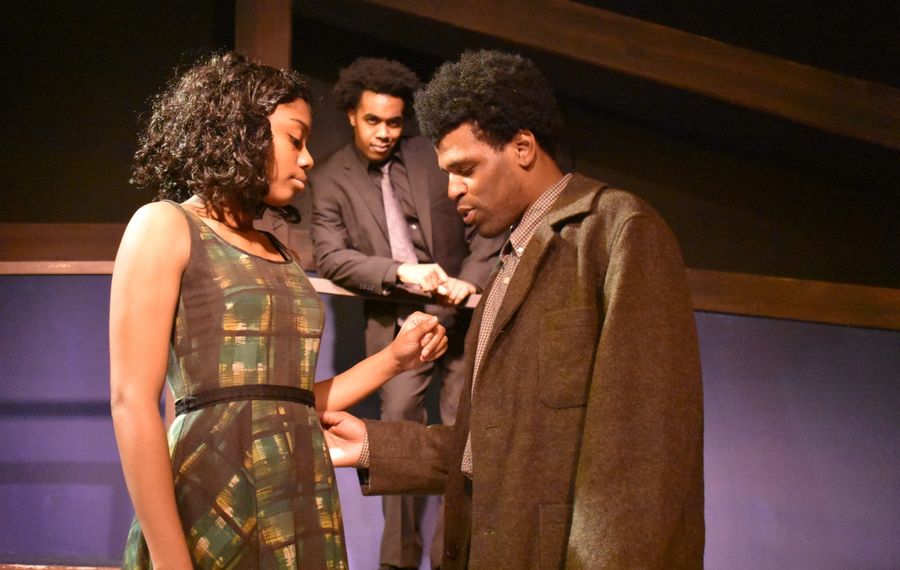 On Harlan Penn’s multilayered set for “Native Son” at the Paul Robeson Theatre, Bigger Thomas ambles and climbs its many steps, ramps and levels with a poeticism that author Richard Wright makes clear is the definitive statement of race in this country: This place is rigged.

That this were only a poem, though.

In Nambi E. Kelley’s vignette-filled adaptation of Wright’s masterful 1940 novel, its theatricality is also a kind of rigging. We get only glimpses of Bigger’s backstory, from his father’s violent end to his family’s rat-filled one-room apartment in 1930s Chicago, to Bigger’s employment as a chauffeur for a rich white daughter of privilege.

The narrative is polished just so, paced as if in a swirling dreamscape, with sublime lighting and (less than precise, though still) evocative sound cues. Or perhaps it’s the pounding heartbeats of Bigger’s ravaging internal monologue. It shudders either way.

In the opening scene, we learn that Bigger has unwittingly committed a crime, the byproduct of his need to be proactive in every move, conditioned to the white world’s ingrained suspicion. Those brief flashes fill in the story, but more to the point, they chart the schematic of Bigger’s fate — the one that should be easier to explain, the one where facts are believed.

Alphonso Walker, Jr., the actor who maneuvers Bigger through this jagged course, is everything this source material calls for. He is focused and introspective, channeling Wright’s voice and fulfilling Paulette Harris’s choreographic direction, yet he concedes to the text with great surrender. When an actor can appear both firmly in control of their actions and divinely subject to the moment, you’re firing on all cylinders. Walker gives an exquisite performance, one that you should lace up your snow boots for before this closes. 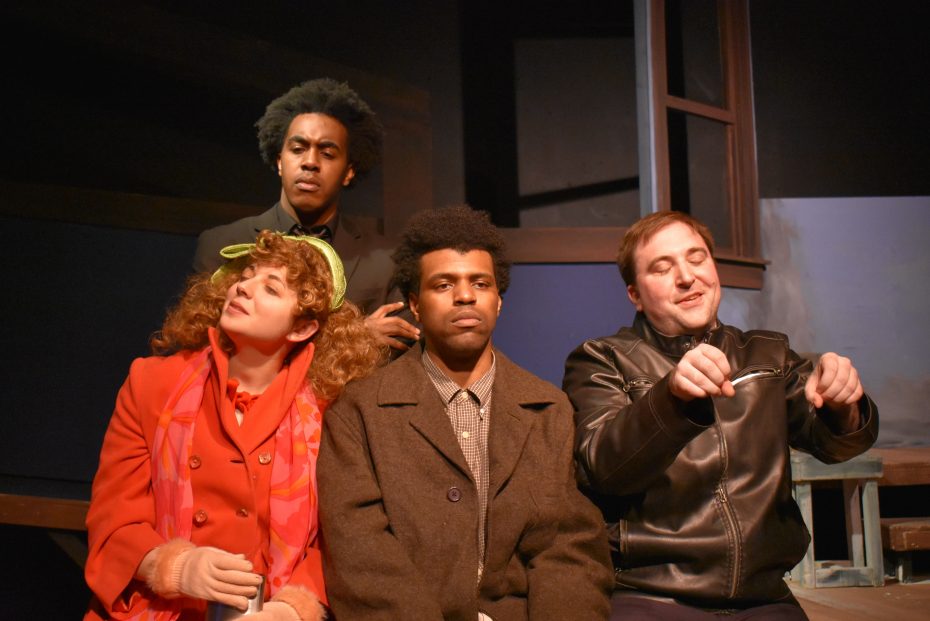 He’s not the only one who shines. Janae Leonard’s short but punchy portrayal of Bigger’s doubtful companion Bessie is like a refreshing slap in the face. You understand why she exists in just the moment that she does, but thanks to Leonard’s work, you wish she entered sooner.

Deborah Krygier gives a stern performance of Mrs. Dalton, Bigger’s shakily fragile white boss whose literal and supposed color-blindness portends to be mistaken for empathy. Krygier’s presentational smile and passive-aggressive tone have a way of compulsively sweeping Mrs. Dalton’s dirt under the rug. She’s got her own layers to sort through. In the wrong white writer’s version of this story, she would be the protagonist we were supposed to feel bad for. Here, she’s just another well-intentioned brick on Bigger’s doomed path.

There are some rough patches in this production, however, and while they shouldn’t turn you away from attending, they are noticeable and easy to fix. As The Black Rat, Bigger’s subconscious whisperer that guides his every step, Augustus Donaldson, Jr. is curiously too quiet. It’s hard not to recall the menacing and world-weary wisdom with which Ben Vereen’s Leading Player guided “Pippin,” and want something more like that. In smaller roles, John Warzel and Shawn Patrick Greene give underwhelming performances that undermine the production’s intensity. But with notable attention to detail, and some superb performances to back them up, this is a production worth visiting.