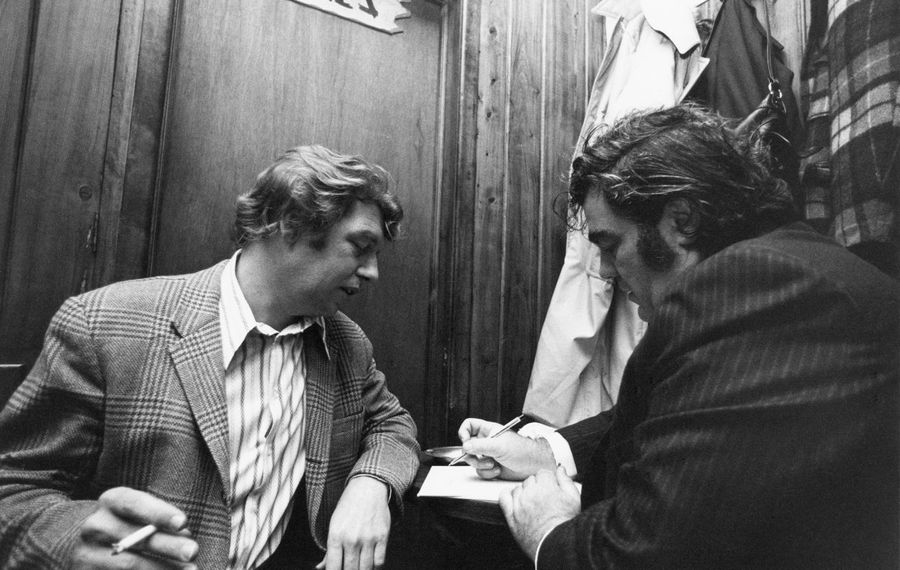 By coincidence, the spring semester of my SUNY Buffalo State journalism classes starts today when HBO premieres a documentary about a couple of titans from print's glory days.

I may make watching “Breslin and Hamill: Deadline Artists” my first assignment of the semester. It airs at 8 tonight on the pay-cable channel.

The nostalgic documentary on the lives of the legendary New York City tabloid columnists, the brusque Jimmy Breslin and the more likable Pete Hamill, is a must-see for veteran journalists who want to be reminded why they got into the field. At the same time, it will hopefully inspire print journalism students to enter the business despite all the pains it is going through today.

As the documentary illustrates, Queens native Breslin and Brooklyn native Hamill brilliantly practiced the long-held journalism motto “comfort the afflicted and afflict the comfortable” in the days when there were several daily newspapers in New York City.

It helped that they were street-smart journalists long before the days that journalism school was a requirement to get hired.

Breslin preferred to call himself a reporter and not a journalist, which he viewed as “a college word.”

The film has a subplot of advocating support for local journalism to keep people in power accountable, like Breslin and Hamill did decades ago.

Friends even when they worked at rival newspapers, Breslin and Hamill's childhood and family life are examined to explain why they gravitated toward compassionately telling the stories of ordinary people and looking out for the little guy.

”These guys were like superstars,” said filmmaker Spike Lee.

They especially looked beyond the instantly obvious to get the real story even if it was an unpopular angle about racial and class issues.

President Trump has an early cameo in the film, infamously asking the death penalty to be re-instituted for the Central Park Five, who were exonerated 13 years later of raping a woman jogger in Central Park.

Hamill used his literary greatness to tear into Trump three decades ago for being heartless, stupid “and fraudulently tough.”

The film spends more time on Breslin, which is understandable since he preceded Hamill and even was responsible for a rival newspaper hiring Hamill to compete with him.

Their friendship is illustrated when they reminisce together in tender scenes for the documentary that were shot before Breslin died in 2017.

They were both characters in different ways, as explained by a rich roster of journalists, actors, screenwriters, authors and friends that include Lee, Tom Brokaw, Gail Collins, Robert DeNiro, Nick Pillegi, Colin Quinn, Gay Talese, Gloria Steinem, Garry Trudeau, the late Tom Wolfe and Bill Clark, the New York detective who went on to work with David Milch and Steven Bochco on “NYPD Blue.”

In addition, family members describe them, and there are several clips of them appearing on talk shows.

Breslin was the tough guy who fought for the underdog, whether it was supporting a female cop fired for posing for a skin magazine before she was on the force, a gay man with AIDS ostracized in 1985 or criticizing a vigilante named Bernhard Goetz he felt was wrongly made into a hero.

Breslin, who won a Pulitzer Prize in 1986, also could find stories in neighborhood bars, surrounded by characters he nicknamed like Marvin the Torch and Rembrandt, known for burning down businesses and art thievery, respectively.

Breslin eventually became such a big celebrity that he was a guest host on “Saturday Night Live,” ran for City Council president on a ticket in which Norman Mailer ran for mayor, and was sent a letter by David Berkowitz that he published to aid the police pursuit of the serial killer known as "Son of Sam."

He became friends with Robert F. Kennedy, and was nearby when Kennedy was assassinated in 1968 after winning the Democratic primary in California for president.

Hamill said he made a terrible journalistic mistake.

“I had become friends with Robert Kennedy,” said Hamill. “I liked him.”

He eventually made President Nixon’s enemy list, which he considered an honor.

“There were a lot of good people on that list,” said Hamill.

Overall, the documentary is very flattering, but it doesn’t ignore either journalist’s flaws, chief among them Breslin’s hatred of criticism and his inability to apologize for saying something racist to one of his younger colleagues.

Still, I’d imagine that he’d enjoy this love letter and master class to the good old days of print journalism as much as he loved afflicting the comfortable.