All Rich Taczkowski wanted was a restaurant where he could enjoy a conversation, as well as a meal.

As he explored restaurants in Buffalo, the downtown resident found suitable places seem in shorter supply these days.

“All I want is a place where I can have a quiet conversation, have a business meeting, or read the paper,” he said. Between crowd noise, blaring music, and overall sound levels, “it’s harder to find places that make me want to return.”

Mention noise levels to restaurateurs, and you’ll get an earful. Some associate noise with crowds, and popularity, as a positive feature – and researchers have found that loud music can increase drinking rates.

But a growing clientele is pushing back, crossing off restaurants for sound quality alone, leading some restaurateurs to work on hushing their places up. With the help of sophisticated acoustical engineering, restaurateurs can tune their rooms like musicians tune guitars.

First, a reality check: No, it’s not just because you’re getting older and crankier. Restaurants are louder than they used to be, and not just because some places deliberately turn up the music. The move away from tapestries and other soft décor elements, the end of the dropped-ceiling era, and other design trends, have all contributed to the din.

“Look at the places you go into, big industrial formats, big open ceilings, the open ductwork, metal, hard stools, tile and floors,” said Jay McCarthy, owner of The Place. “When’s the last time you saw a restaurant built with a rug in it?” 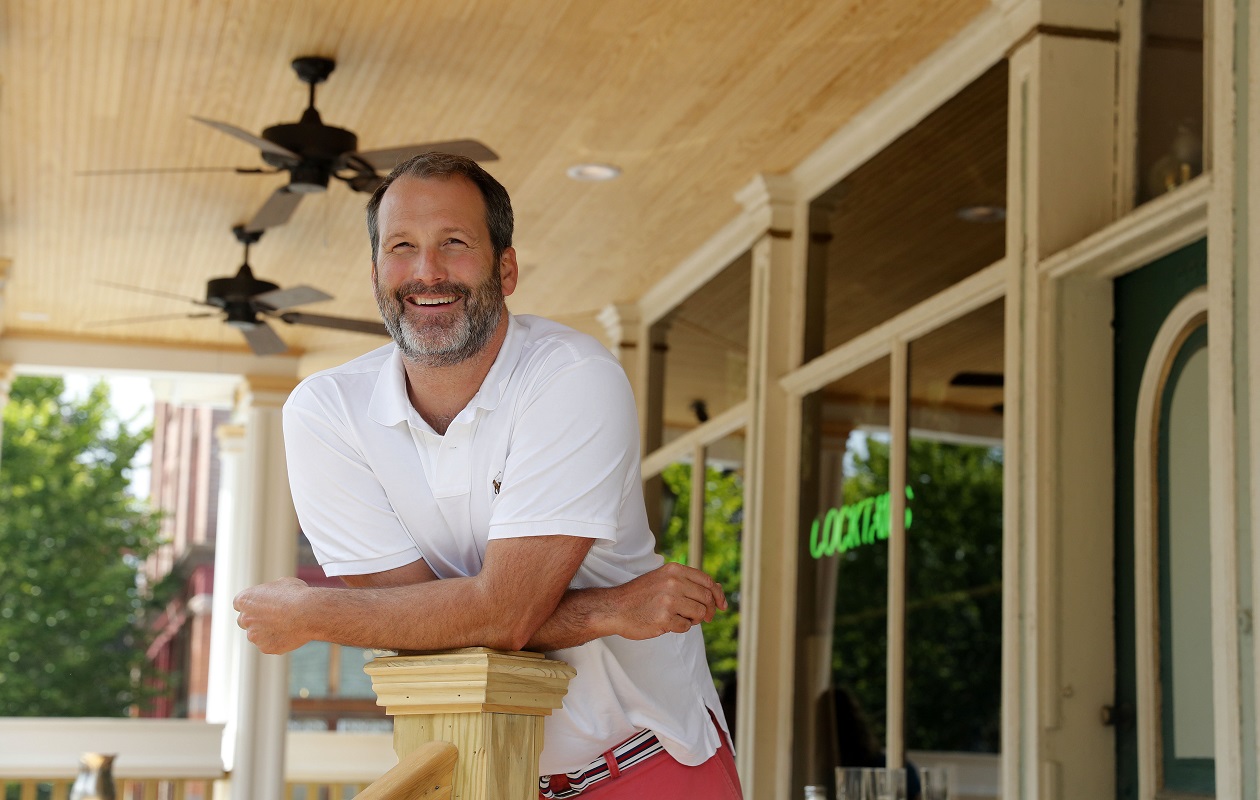 Customers would complain about the unappetizing noise chowder, “and you were here, so you knew it, too,” said McCarthy, who blames some of his hearing loss on his restaurant career. “But there wasn’t much you could do about it until you found the right products, cost effective and aesthetically pleasing.”

Battaglia, who teaches acoustics as an adjunct assistant professor in UB’s School of Architecture and Planning, is a restaurant whisperer. Operators pay him to make their rooms more friendly to the ear. His company, STC Sound Control, has aided restaurants including the Place and Dobutsu in toning it down.

Sound is a wave that ripples through the atmosphere, as air molecules push against each other, moving like the circles on a pond’s surface radiating from a stone’s fall. Hard surfaces reflect sound waves, which continue bouncing around until something stops them. 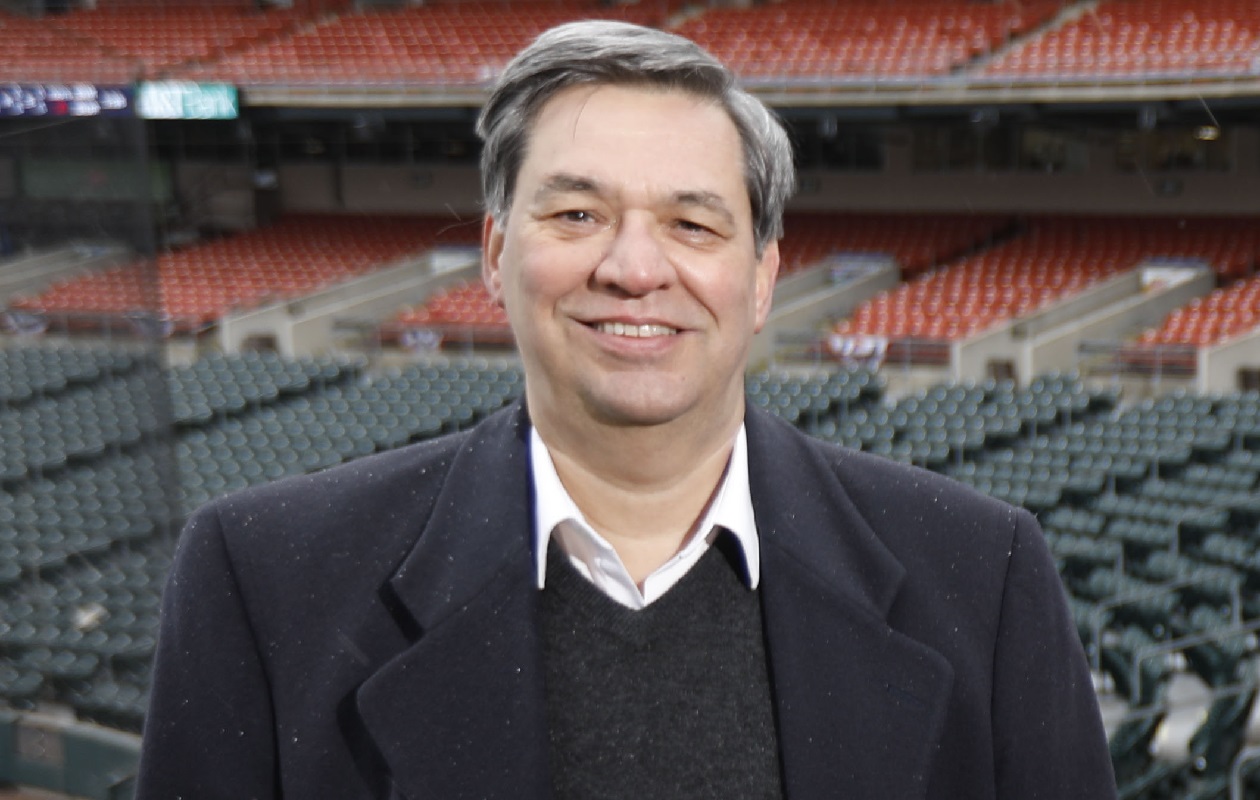 The time it takes for the sound to diminish is called reverberation time, Battaglia said. When it comes to how it affects people’s happiness, research has shown reverberation time is an important factor, not just the sheer volume of the sound, he said.

“You want enough reverberation where it helps create a social atmosphere, where you sort of join in with other people talking and it all mixes together,” he said. “You want that at a decent level, but not overwhelming. You adjust that by dealing with reverberation time.”

James Roberts, chef-owner of Toutant on Ellicott Street, opened his second restaurant, Dobutsu, last year, in a former industrial space on Seneca Street. Despite years of planning, he was unprepared for the sonic design angle.

“We didn’t know until we had that thing filled with 100 people – it was ear-splitting,” he said. “You couldn’t hear the server if you tried for the first two months.” 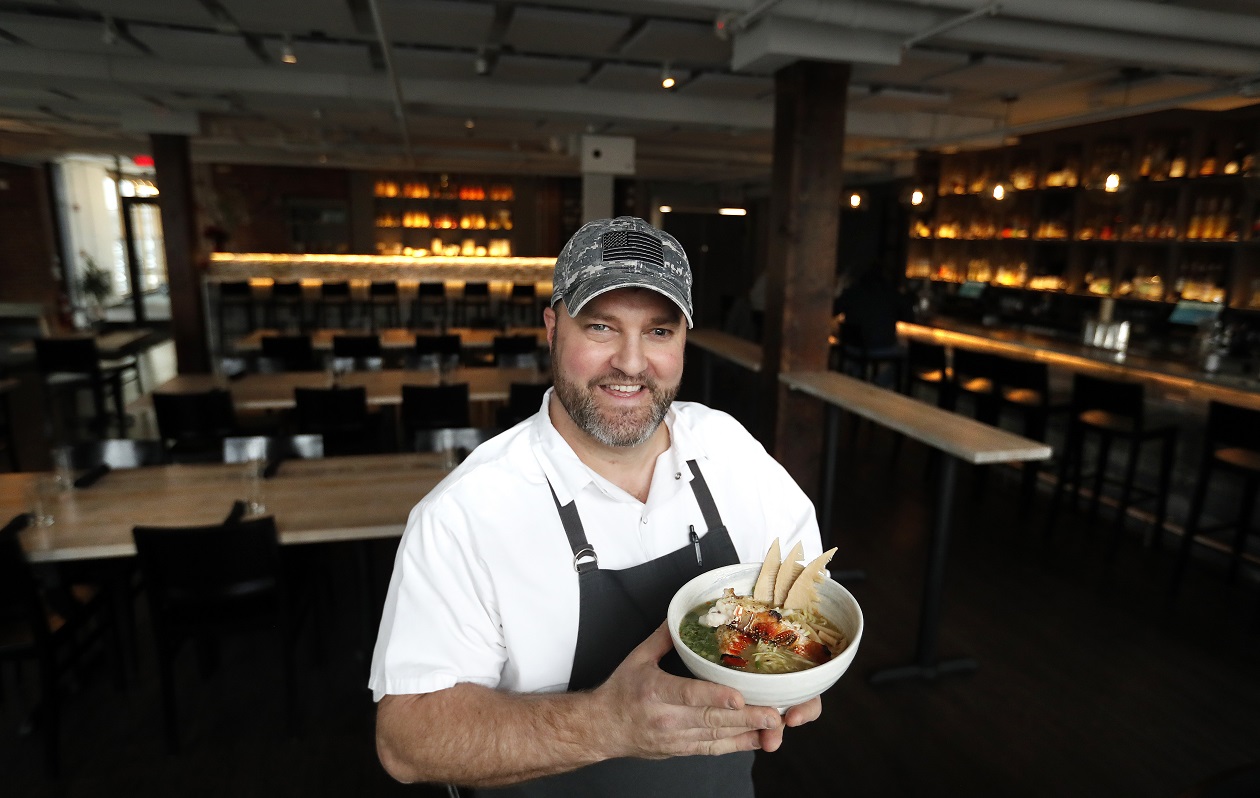 After taking a look at design specifications with an eye toward ears, it started to make more sense. “Hard deck ceiling, Sheetrock, the tile floor. Wood chairs and tables, metal table bases, glass windows – it was like a reflector box in there.”

Battaglia brought a laptop, microphone, and speaker system to diagnose the space. It emitted noises and recorded the results. The recommendation was to install sound-absorbing panels on about 45 percent of the ceiling.

The panels are melamine foam, the same plastic that’s used for Mr. Clean Magic Erasers, Battaglia said. “They have very, very small fissures that the air molecules in the sound waves get pushed into,” he said.

“The friction the molecules encounter reduces the power in the wave so it doesn’t reflect off, like it would from drywall or plaster.”

The difference was “night and day,” Roberts said. Now, “you can’t hear the radio unless you’re standing under the speaker, from 10 feet away,” he said, comparing the hush of the empty room to the sound-swallowing surroundings of a recording studio. “It’s incredible.”

At the Place, management had heard complaints from customers but balked at the cost of acoustic solutions then available, McCarthy said. “Guys would come in and give us estimates of tens of thousands of dollars, sometimes, and for a restaurant, our margins are small — we work in dimes and nickels.”

STC Sound Control’s panels were more affordable, McCarthy said. They were also paintable, so the panels would match the ceiling color. “Nobody even knows it’s there,” he said. 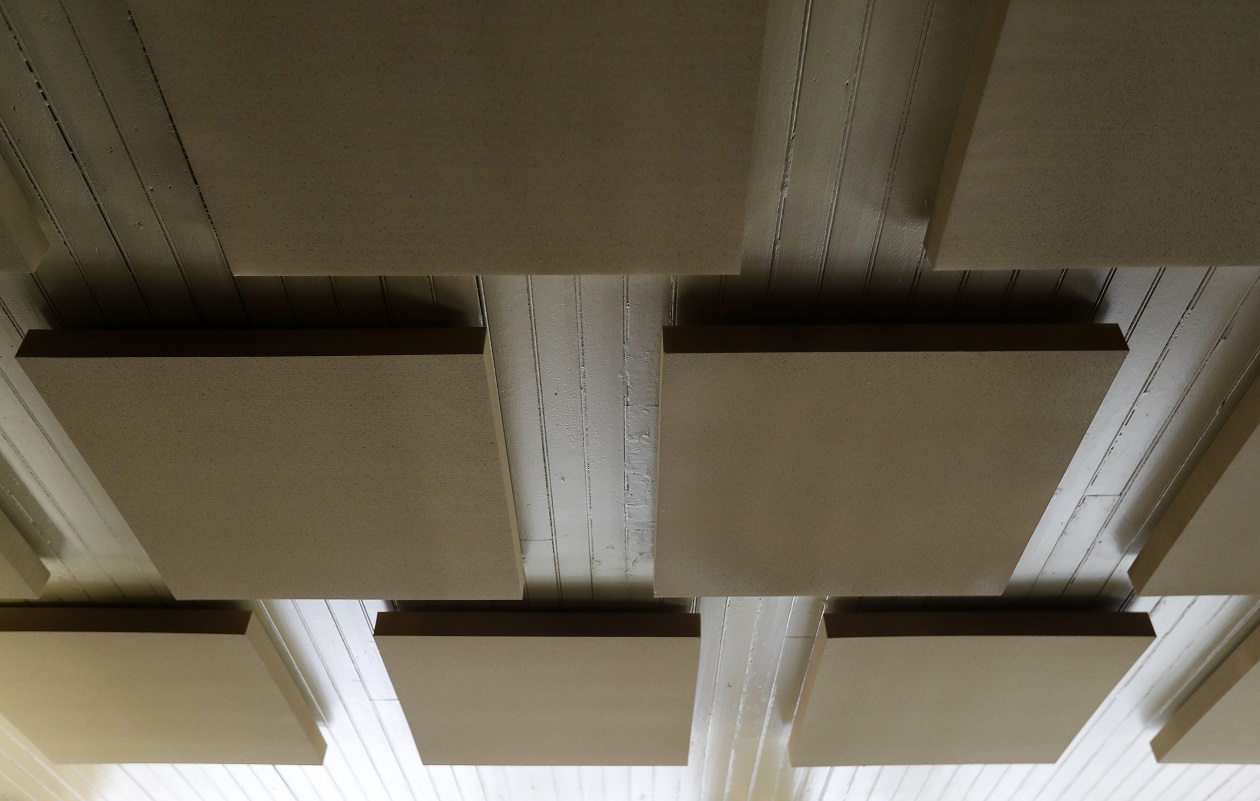 STC Sound Control’s panels on the ceiling at the Place. (Mark Mulville/Buffalo News)

“If you’re listening to your customers, you know you need to make those changes to give them the comfort to come to your restaurant on a weekly basis,” McCarthy said. “I think we’ve achieved it, to be honest.”

Battaglia said there may be other ways to empower noise-avoiding restaurant customers. He’s been looking into developing a smartphone app that would measure the decibel level and reverberation in restaurant spaces, then share that data publicly. So far, the limitations of smartphone microphones are hindering that effort, he said.

Apps, such as SoundPrint and iHEARu, with similar goals – measuring and reporting restaurant decibel levels — have already been created, but they don’t have nationwide coverage yet.

At its December 2017 conference, Battaglia and other Acoustical Society of America members started working on a set of guidelines that could allow standard noise ratings to be applied to restaurants. Like ski slope ratings, the symbols, if posted, would alert customers about conditions, he said. Like a double black diamond lets skiers decide whether they want to dare a run, patrons could get information that could help decide their experience.

Part of his interest in restaurant acoustics is getting more personal, now that he’s in his 60s, Battaglia said. “I enjoy listening to conversations, so when I struggle, I clam up and don’t say anything, and get very introspective, and watch the sports or whatever,” he said.

With competition for dining customers a constant fact of the restaurant business, perhaps being able to hold a conversation will become an explicit part of marketing plans.

“I think there’s a segment that wants good food and good conversation,” he said.