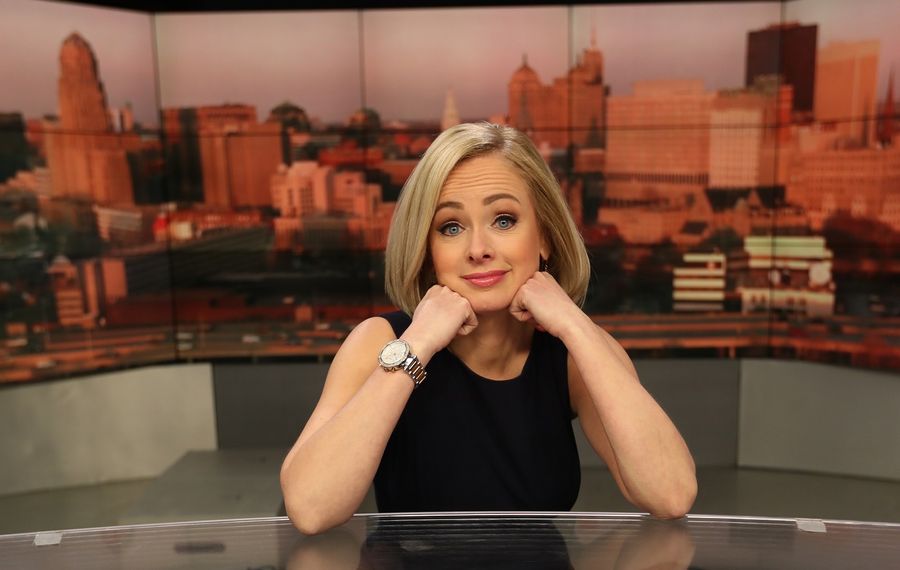 While researching a story about how about how many Syracuse University graduates are on the air in Buffalo television, I read all the biographies of the anchors and reporters in town.

I was surprised by how many interesting things I learned and by some of the favorite things they were willing to share.

Many of the TV people talked about the cats or dogs they own or their enjoyment of cooking, food and music and what they do in their spare time. I was shocked that any of them have any spare time working in television news.

Let’s look at some things that I found amusing in biographies that some anchors and reporters took more seriously than others in describing their interests in their own words:

What, my colleague Jay can’t step up and cook?

And there’s this: Holmes tells me she now is a regular viewer of Food Network, which may mean her bio should be updated. 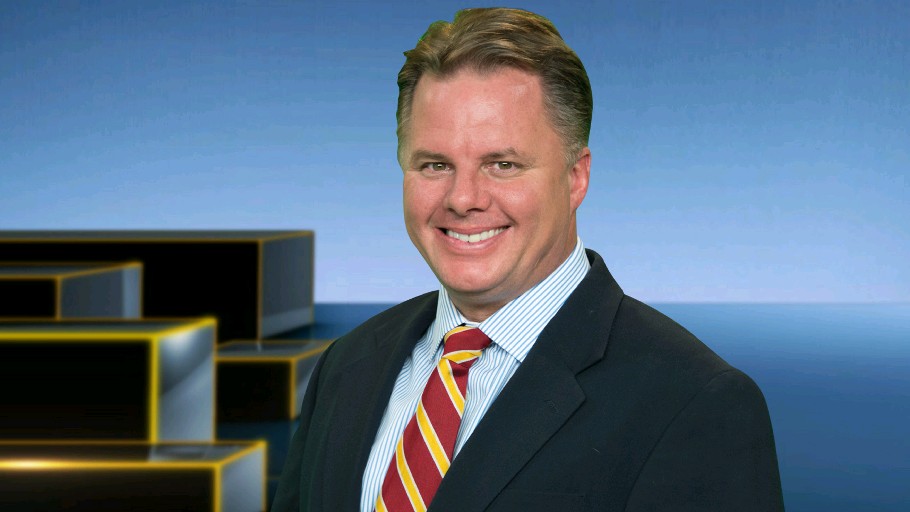 Anchor-reporter Michael Wooten is a graduate of Marshall University in his native West Virginia, but also studied at Oxford University in England and at Universidad Antonio de Nebrija in Madrid. When he worked in West Virginia, he interviewed then-Senators Barack Obama and Hillary Clinton on the same day.

Anchor Kelly Dudzik enjoys “sharpening her culinary skills and checking out new restaurants.” (Maybe she could teach Melissa and Jay how to cook.) Kelly and her husband also have three cats.

Anchor Scott Levin “loves to read, listen to Christian music, and spend time with his family.” But can he cook?

Features reporter-anchor Kate Welshofer has her own YouTube channel, “No TelePrompTer, No Mercy,” is featured in the Amazon Prime comedy “Welcome Home” and is co-creator and co-star of the comedy web series “Credits.”

When she was the chief weather fill-in for “CBS This Morning,” Maria Genero once had President Nixon stand with her while doing the national weather. He was in New York City to promote his new book.

Reporter Dave McKinley spent years working in radio as a disc jockey, play-by-play sportscaster, newscaster and talk show host before turning to a television career 20 years ago. I’m going to resist the urge to say he has a face for radio, because it is not true and I do love his voice and inflection.

Reporter Joshua Robinson grew up in California “and explored a career in culinary art.” He studied at Le Cordon Bleu in Pasadena, Calif., and was hired as a pastry cook in Las Vegas and opened a pastry department in Fresno.

Sports director Adam Benigni was a radio color commentator for the Syracuse Crunch of the AHL.

Sports reporter-anchor Stu Boyar was the public address announcer for the Rochester Red Wings for one baseball season.

Anchor Keith Radford, who came to the station in 1987, is now the longest-running TV anchorman in Buffalo.

Morning anchor Katie Morse teaches spinning and swimming classes at a local gym. I get tired just thinking about anyone in TV getting up at 3 a.m. to do their job.

Noon anchor Madison Carter lost her younger sister to Type 1 diabetes and “has worked extensively to bring awareness to the disease she has also had for 20 years.” 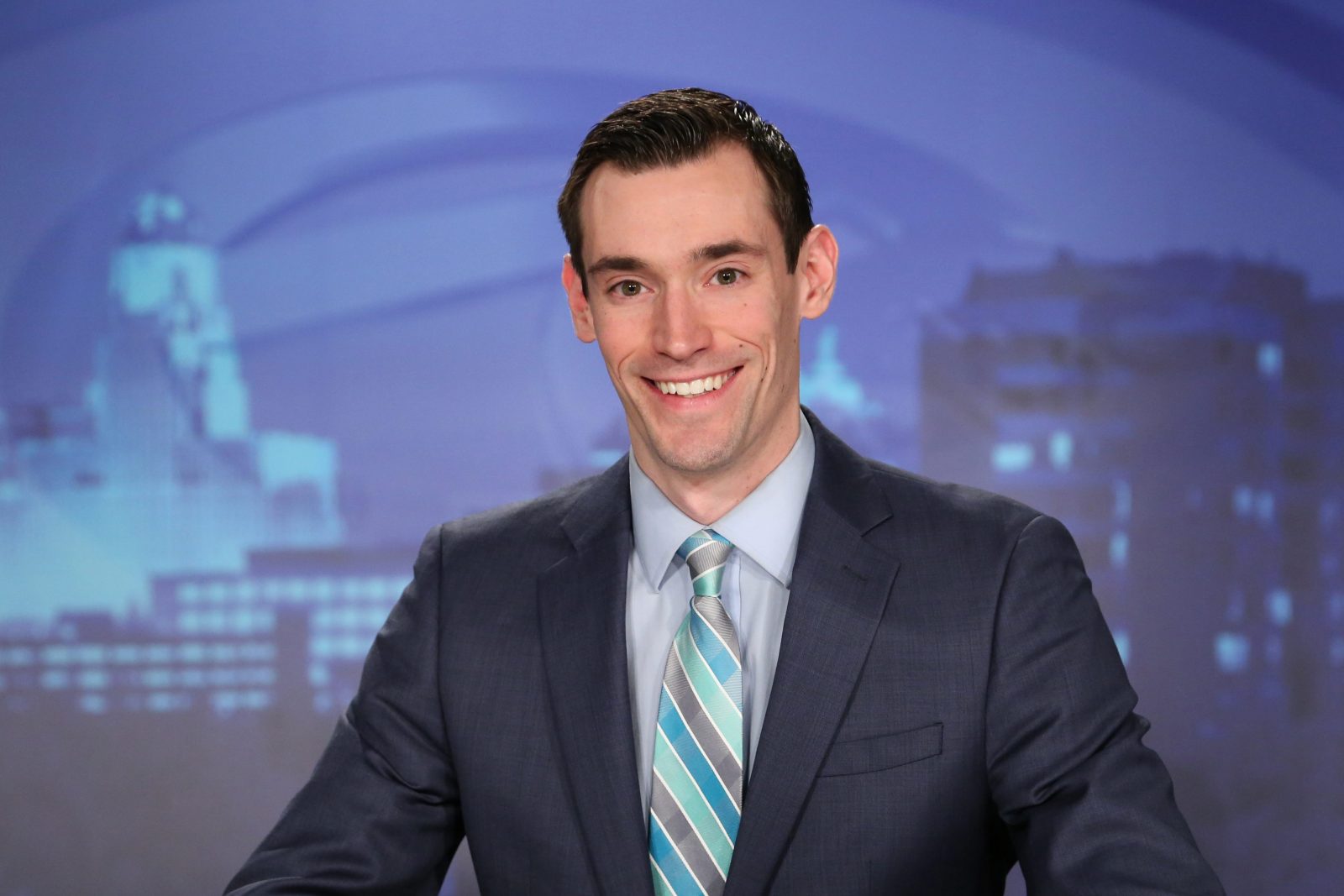 Sports director Joe Buscaglia proudly calls himself a nerd, coaches youth athletics, plays the board game Settlers of Catan with his friends and knows “far too much about the Harry Potter series.” (I know far too little about Settlers of Catan.)

Morning meteorologist Aaron Mentkowski is a first-degree black belt in Kenpo Karate. I am glad I’ve never heavily criticized him.

Meteorologist Autumn Lewandowski received a minor in math when she graduated from SUNY Brockport with a bachelor’s degree in meteorology. So she is good with numbers, which might enable her to effortlessly say during forecasts it is 12 degrees in East Aurora, 14 degrees in Hamburg and 11 degrees in Buffalo.

Anchor Jacquie Walker “was among the NASA applicants vying to become the first journalist in space.” In other words, her husband, Mike Beato, could have said, “To the moon, Jacquie,” in a less menacing way than the late Jackie Gleason said on “The Honeymooners.”

Morning anchor Melanie Orlins knew what she wanted to do at age 8 when her father took her to Rockefeller Plaza in New York City to watch the "Today" show when she wanted to get Katie Couric’s autograph. Orlins’ bio doesn’t say whether she got the autograph.

Chief meteorologist Todd Santos is a “lifelong sailor,” which led to his interest in a field he first started thinking about at age 10. 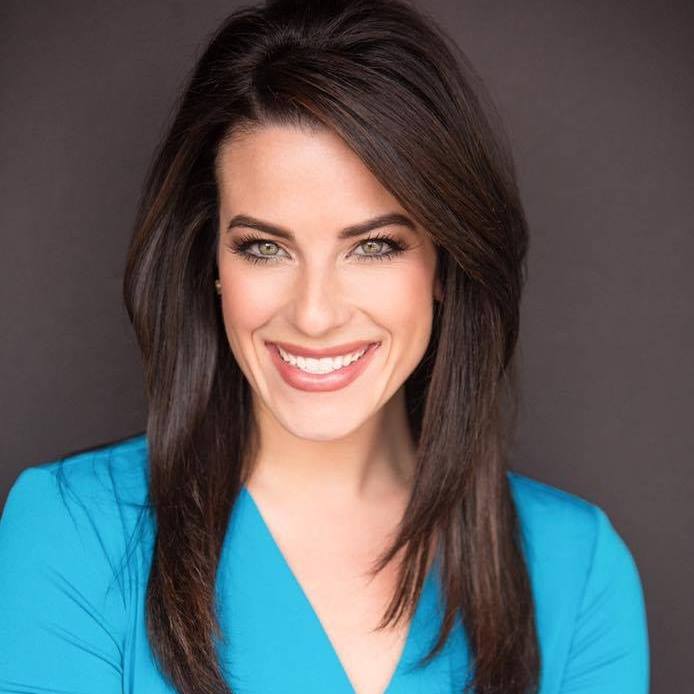 Meteorologist Mike Cejka is “the longest-standing TV meteorologist in Buffalo,” having been here 36 years.

Anchor Katie Alexander started her TV career in elementary school as an anchor-reporter for WBNS’ Kids News Network in her native Ohio.

Anchor Kelsey Anderson worked in Boise, Idaho, for more than four years and was named “'best anchor” by the Idaho State Broadcasters Association in 2017. I’ve always thought she should anchor more at Channel 4.

Reporter Shannon Smith “enjoys singing, dancing, trying new restaurants, finding new music and watching crime shows like ‘Law & Order SVU.’ ” The last thing I’d want to do as TV reporter would be to watch more crime stories, since you are assigned to cover so many of them.

Sports reporter-anchor Jenna Harner cooks “anything and everything in her spare time, (especially if it's from Chrissy Teigen's cookbook).”  Melissa and Jay, are you listening? Harner is another potential culinary teacher.