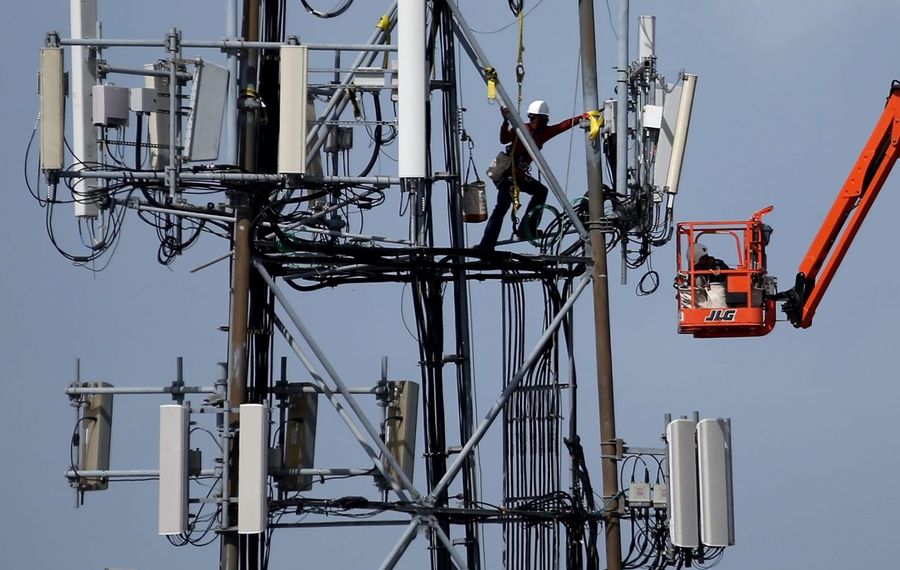 Residents opposing the construction of a 130-foot cellular tower near a series of youth baseball diamonds returned to Cheektowaga Town Hall on Tuesday for another public hearing in the two-year debate.

“We’ll go for another two years. We will not give up the fight,” said Chester Korczynski, 62, who coached at Southline Little League for 20 years. “I don’t want to jeopardize the children’s safety. Go deep in your heart and do the right thing,” he told the Town Board.

The tower proposed in October 2016 would be built at 294 N. Seine Drive on a parcel with several baseball diamonds owned by Southline Little League. The project, pitched by Lake Erie Wireless, would be constructed and maintained by Upstate Construction Services.

After opposition from many residents living in more than 220 households within 500 feet of the property, two replacement sites were identified, said Corey A. Auerbach, an attorney with Barclay Damon who represented the telecommunications companies.

The proposed construction replace two 150-foot single-pole structures in South Cheektowaga: one at 4872 Transit Road behind Ted’s Hot Dogs, and the other on a 60-foot-by-60-foot fenced-in parcel at 500 Losson Road behind the James J. Matecki Center, west of Stiglmeier Park.

Residents living near those sites also crowded a public hearing in January 2018 to object. Many voiced concerns over migratory birds, endangered species and flood control.

“The two tower solution was to replace the North Seine Drive site,” Auerbach told the Town Board Tuesday. Each monopole constructed of galvanized gray steel would have three microwave antennas, nine panel antennas and three radio receivers, the attorney said.

Cheektowaga supervisor Diane Benczkowski and other lawmakers said little during the hearing. A lawsuit filed in December in State Supreme Court charged that the town Cheektowaga engaged in misrepresentation and improper conduct in connection with the proposed construction of the two replacement monopoles in South Cheektowaga.

Southline Little League, formerly known as Southline Athletic Association, sponsors boys and girls softball and baseball teams. The oldest league in Cheektowaga, it was formed in 1975 by a group of neighbors who purchased the land a decade later.

During the public hearing Tuesday, about 50 residents who opposed the Southline cell tower filled council chambers.

Keith A. Szen, 55, of Woodgate Drive called the tower inherently unsafe and dangerous.

"We have not gone away,” Szen said. “We remain firm in our proposition.”