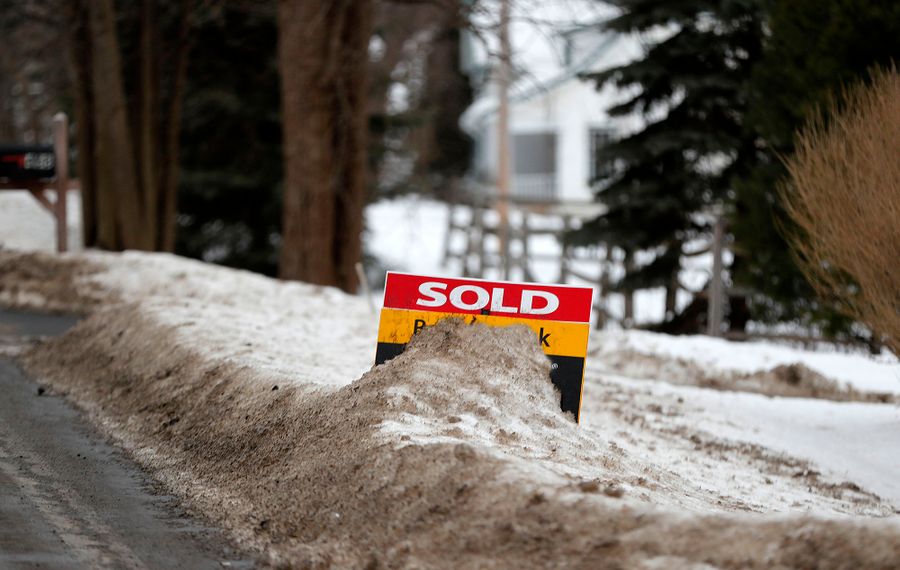 The pickings are still pretty slim for homebuyers, and that keeps pushing local home prices higher.

While the local housing market cooled a bit during December, as it usually does as winter takes hold, new data from the Buffalo Niagara Association of Realtors shows that the same underpinnings that have shaped the housing market for the past two years remain in place.

The number of homes for sale is at a 20-year low, which is creating competition for well-kept homes in desirable neighborhoods. With demand high and mortgage rates still under 5 percent, homes are selling fast, although the real estate group expects the market to loosen up a little this year.

“Evidence is mounting that inventory will finally improve in 2019,” the group said in its report. “This may apply some downward pressure on prices for beleaguered home buyers.”

Median sale prices have come down from the all-time highs that they hit in late spring, but the overall trend in prices continues to be upward.

Even with homes in short supply, home prices were affected by seasonal softness in December, with the median sale price rising to $148,450, which is up 5.3 percent from a year ago, but down from the record highs of more than $160,000 that were set in late spring. That’s not unusual. Sale prices typically slide from their peak selling season highs as the holiday season settles in.

With buyers scrambling for an unusually small supply of homes, the pace of home sales has slowed slightly for two straight years. After falling by a little less than 2 percent during 2017, home sales dropped by 2.4 percent last year, based on preliminary data from the real estate trade group.

However, that decline is likely to be revised downward when the December sales data is updated next month to include late-reported sales. And even with the decline, 2018 is likely to be the third-strongest year for home sales since at least 1996.

The biggest factor shaping the Buffalo Niagara housing market is the lack of homes for sale. Even with prices rising, the number of homes that are coming up for sale has been slowing, falling by 1.7 percent in December and 3.8 percent for all of 2018. That has kept overall listings down. There were only 2,713 homes for sale at the end of December, down 3 percent from a year ago and less than half as many as were on the market in December 2010.

Homes are staying on the market a little longer than they have for most of the year, largely because of the seasonal slowdown that occurs during the holidays. But the 42 days that the average home was for sale before it found a buyer still was the fastest selling pace for any December in at least eight years.

And what a difference a couple of years makes: Just two Decembers ago, the average home was on the market for 59 days – 2½ weeks longer than today.