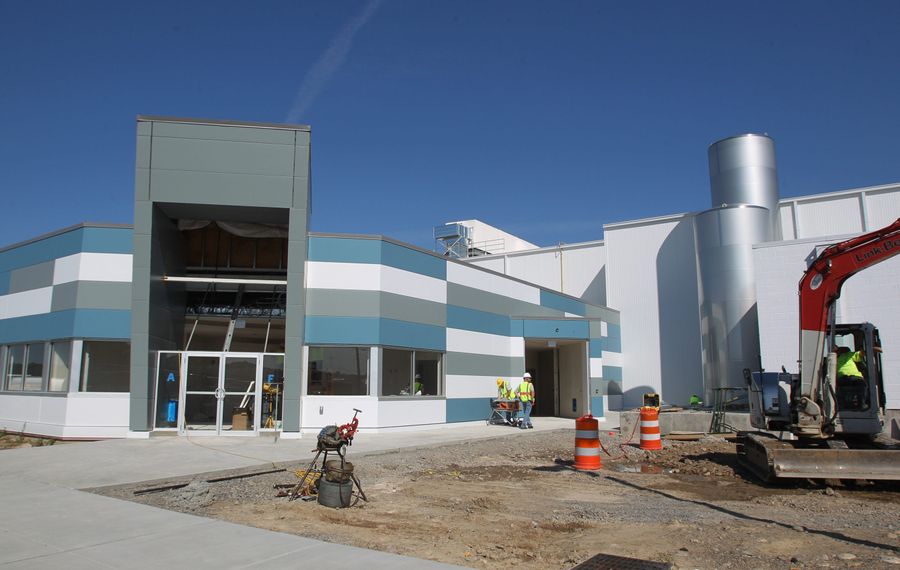 Alpina Foods has closed its yogurt plant in Batavia.

Alpina had about 35 employees when the facility shut down last Friday, said Jim Krencik, a spokesman for the Genesee County Economic Development Center.

The Alpina plant lost a co-packing contract, which led to the closing, Krencik said. Co-packing refers to the outsourcing of a product's packaging by another company.

Alpina did not respond to a request Tuesday to comment on the plant's shutdown.

Alpina opened its $20 million plant in October 2012 in the Genesee Valley Agri-Business Park. The company later expanded the facility, and acquired an additional 10 acres that it never developed, Krencik said.

Alpina is the second yogurt plant in the business park to close in recent years. Muller Quaker Dairy, a joint venture of PepsiCo and the Theo Muller Group, closed in late 2015, after two years in operation. HP Hood has since moved into that site.

Efforts are underway to place the affected Alpina employees in new jobs at the nearby HP Hood and O-at-ka Milk plants, as well as at a Yancey's Fancy plant about 15 miles away.

Meanwhile, the Alpina plant and its equipment are listed for sale by Harry Davis & Co. The online listing notes the plant includes four production lines, including a recently added drinkable yogurt line. An asking price is not included in the listing.