This bitter blast will blow out of town Wednesday. Buh-bye, you might say, as low 40s return, for one brief moment in time. Go ahead, if that helps. But truth in advertising will prevail. Since we were talking a month ago about a more persistent below- to much-below-average pattern setting up shop toward the end of the month into at least early February, I have to tell you that scenario will still be the case.

Before we get to that, though, there is that short warm-up. It will come in ahead of an area of low pressure Tuesday night into Wednesday. The precipitation in advance of the low will probably begin as a little snow, sleet, and freezing rain by Wednesday’s predawn hours. High-resolution models are projecting a frozen mix around 4 to 5 a.m., which will turn to just  rain during the early part of the day. However, with such cold surfaces it is possible roads will be pretty slick at least for the start of the morning drive.

The next polar hammer to come down arrives at the end of the week into next week. As of this writing, the near surface temperatures don’t look quite as bitter as what we’ve just endured. My decades of pattern recognition experience – and this is less than purely scientific – tells me these patterns often turn out to be somewhat colder than they first looked further out in time.

Looking first at the upper air-steering pattern, the ECMWF ensemble certainly has a bitter-ish look at the end of the month. Agreement between the different ensembles (multiple runs of models) is always important for forecast confidence. The American GFS ensemble lines up well with the ECMWF, only a day faster. The Canadian GEM ensemble is very similar, if a smidge less bitter.

A stacked-up ridge of high pressure extends into the Yukon. This forces the polar jet stream far north where it can tap into the coldest air before tumbling back down over the Midwest, Great Lakes, and East. This high amplitude western ridge/eastern trough is courtesy of a weakened polar vortex that is dipping down closer to our neck of the woods, instead of staying bottled up north.

As for modeled temperatures further out in time, the GFS currently sees frigid readings a week from this week’s milder Wednesday. The experimental newer version of the GFS is in good agreement, and that continues with the Canadian model.

Snow potential is a different matter. We just don’t like to go too far out in time because models and their ensembles are not as reliable with precipitation in that time range as they are for temperatures. As of this writing, the Canadian GEM is pointing to a storm approaching the Ohio Valley on Sunday.

The GEM goes on to develop this storm as a huge coastal monster that delivers both a lot of widespread snow followed by lake-effect snow between Sunday and Tuesday. Frankly, I’m not about to show the GEM’s snow totals because I’m not close to believing them. Its explosive deepening of the storm looks like an outlier.

The GFS has a very different solution, taking a deep low north of us, which would bring potentially significant lake-effect snow in its wake, currently depicted in what becomes a WNW flow, favoring areas to the south.

The ECMWF takes the low to our south and east, delivering a moderate snowfall next Sunday-Monday. But it produces a major coastal low that moves into New England. If correct, that storm will bear careful watching early next week in case it gets nudged closer to us.

With three widely varying solutions, all I can say is the weekend/following week time frame holds fuzzy yet worth-noting snow potential because three models at least show something there. The fourth model, the experimental GFS has snow showers and some lake snow Sunday into the early part of the next week, but it’s a very poorly defined solution..

Courtesy of a distant colleague, Dr. Michael Ventrice, of IBM’s Weather Services International, here is what the European/ECMWF is projecting in temperature anomalies. Anomalies are departures from normal climatology, first from Jan. 26-30: 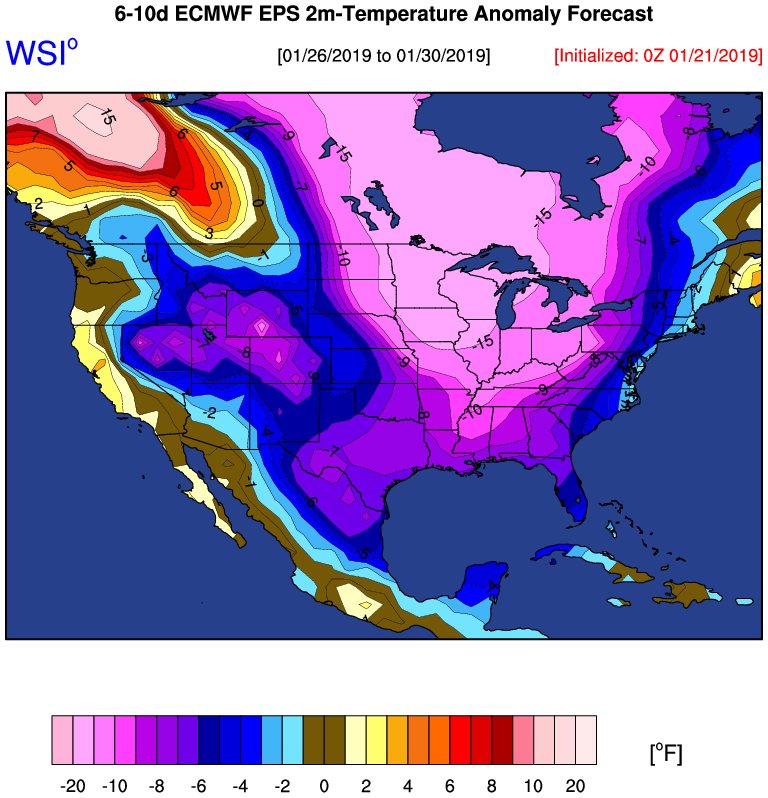 Then, for the 5 days after that: 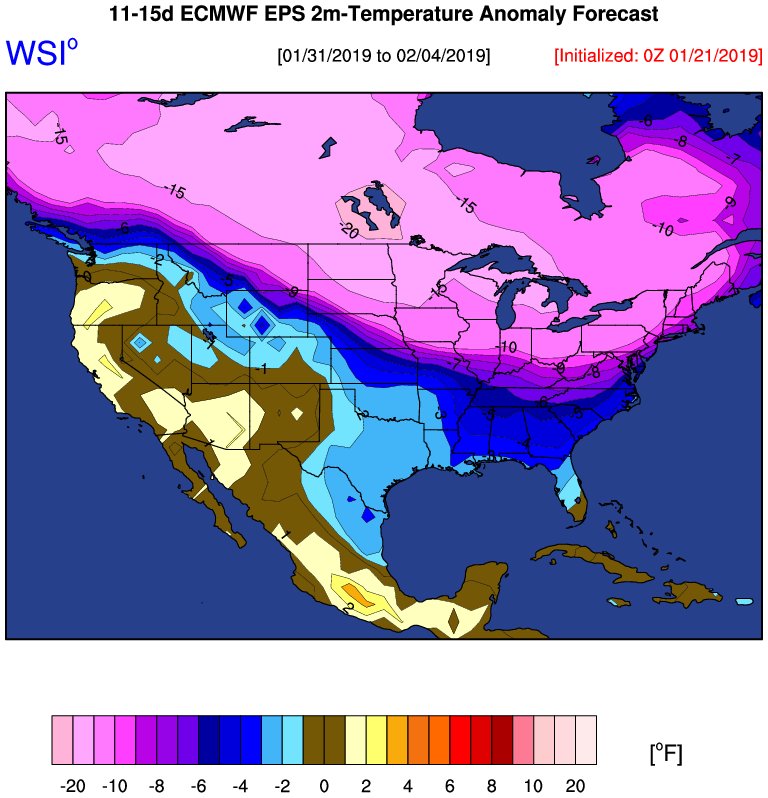 Unlike our coldest month ever, February 2015, the coming cold will not be as relentless and probably not as cold. But our days of persistent above-average temperatures we had from Dec. 13-Jan. 8 are over for at least a few weeks to come.

“It could be worse,” a great cliché which is usually true, holds for Monday. We had a low of -4 following a widespread heavy weekend snow. On Jan. 21, 1985, we had a record low of -10, and the National Weather Service issued its first blizzard warning since ’77. Click here to  read the NWS storm summary of what amounted to Jimmy Griffin’s "six-pack storm," during my first winter in Western New York.