When Corey Krug goes on trial, three victims will take the witness stand to testify about accusations of brutality against the Buffalo police officer.

Now, on the eve of that trial, federal prosecutors want to introduce evidence of three more incidents of Krug allegedly using excessive force.

The new incidents date back more than a decade and involve suspects who were handcuffed and, in two instances, already in a police car, according to prosecutors.

During one of the incidents, in February of 2004, Krug is accused of assaulting a suspect on Cable Street. Prosecutors say the man, identified in court papers as J.S., was subdued and handcuffed when Krug arrived at the scene.

"The defendant stood on J.S.'s back and jumped up and down on J.S. one or more times before picking J.S. up and slamming J.S. against the van," prosecutors said in court papers.

The government also claims Krug used an ice scraper in an attempt to remove blood from a window in the man's van.

Krug claims the allegations are "stale, unsubstantiated" claims and not one of them resulted in disciplinary action against him. 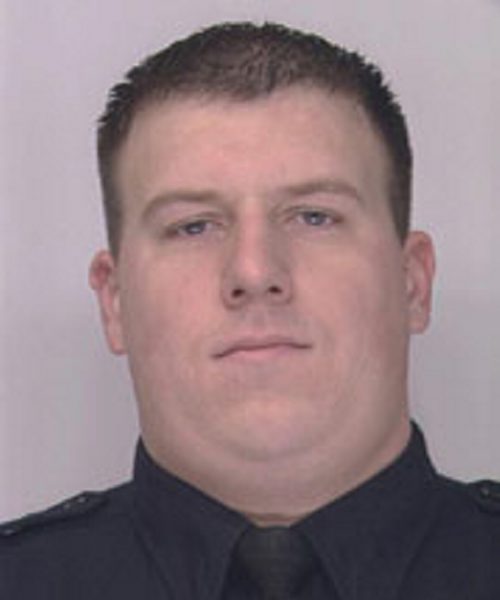 "Simply put, the government is continuing to 'pile on' in hopes of strengthening its weak case, and the government's recent disclosure amounts to trial by ambush," defense attorney Nicholas Romano said in court papers.

Claiming the new allegations were sprung on them at the 11th hour, Krug's defense team sought a two-week delay in a trial that was scheduled to begin Wednesday.

Lawyers on both sides declined to comment on the prosecution's attempt to introduce evidence of other alleged assaults by Krug but, in court papers, detailed their positions.

Led by Assistant U.S. Attorneys Aaron J. Mango and John Fabian, the prosecution believes the jury should hear about the three older incidents because they are important to understanding Krug's state of mind during the three alleged assaults that led to the indictment against him.

It was one of those three newer incidents, a Thanksgiving Day encounter in 2015 on Chippewa Street, that led federal prosecutors to investigate the 15-year police veteran.

A WKBW-TV video of that incident shows Krug hitting a man repeatedly with his nightstick. Krug is also accused of grabbing the man, later identified as Devin Ford of Lackawanna, and pushing him against a car and then to the ground.

While Ford was on the ground, according to court papers, Krug pushed his knee onto the victim’s chest and used his nightstick to strike him in the legs.

During the trial, Krug is expected to argue that it was Ford, not him, who instigated the confrontation and that his use of force was justified.

"In the course of that police action, Officer Corey Krug and Ford were involved in physical contact," defense lawyers Terrence M. Connors and Herbert L. Greenman said in court papers. "Ford was taken to the ground and subdued. But Ford persisted. Even after his encounter with Officer Krug, Ford still attempted to fight."

The high-profile allegations led to an FBI investigation that turned up two other claims of brutality against Krug, both of them documented in earlier civil suits against the officer.

In the first incident, in August of 2010, Krug is accused of hitting Marcus Worthy with a metal flashlight during a confrontation at Worthy's home on Langmeyer Street.

He also is charged with filing a “use of force” report with the Buffalo Police Department about the incident but failing to disclose that he struck Worthy with a flashlight.

A few months later, in 2011, Krug found himself again accused of using a flashlight to strike someone. Daniel A. Rashada said he was walking to his home on Bissell Avenue when Krug confronted him and, after becoming aggravated, struck him in the face, causing swelling and a scar.

Rashada filed a civil suit against Krug a few months after the incident and eventually settled out of court with the city for an undisclosed amount of money. Worthy's suit is still pending.

Unlike the Thanksgiving Day incident, which was caught on video by a TV news photographer, the new allegations of excessive force became public for the first time last week.

The allegations are spelled out in a government motion seeking permission to introduce evidence of the incidents during Krug's coming trial.

Prosecutors believe the older allegations are essential to understanding Krug and said the defense's "ambush" claim is just another delaying tactic.

"Charges have been pending against the defendant since September 2015," the government said in court papers. "After the trial was originally scheduled to commence on October 12, 2017 the defense has sought and obtained approximately 15 months of adjournments."

In addition to the older incident on Cable Street, Krug is accused of punching two suspects in the face, both in 2006, while they sat handcuffed in the back seat of his patrol car.

In one instance, according to prosecutors, Krug was upset because another man had escaped and, after punching the suspect while he was sitting in his back seat, told him, "to pass that onto his friend who ran."

Defense lawyers claim the government's efforts to resurrect the complaints stem from a desire to distract jurors from their client's long record of public service.

They point to Krug's more than 1,000 arrests, his reputation for working in the toughest neighborhoods and his numerous honors and awards. The 100 Club of Buffalo selected him for one of its 2005 Hero Awards, in recognition of his role in rescuing a man from a burning car that seconds later exploded.

"These unsubstantiated claims are simply allegations of wrongdoing that were withdrawn or abandoned or allegations about which there was insufficient information to proceed any further," the defense said in court papers.

Krug, who is currently suspended with pay, is charged with deprivation of rights under color of law and faces a maximum sentence of 10 years in prison.