Cheap sushi shouldn't have to be avoided. It's smart to be cautious, but ruling the venture out entirely would mean missing out on a quick, cheap, healthy and tasty lunch.

Man-aung Sushi opened in the Rand Building, at 14 Lafayette Square next to the Hilton Garden Inn, in June. Burmese immigrant Za Nyo, who came to America in 2010, is joined by sushi chef, business partner and fellow Burmese native Peng Thu Lian, a veteran of sushi franchises AFC and Hisshu.

The premise is simple: fresh sushi is rolled daily, packaged and set in a display case. Sushi prices range from $2.50 to $7.99, with 10 pieces in a roll, and nigiri - sticky rice with raw fish laid atop - is also available for $7.99, with three salmon and three tuna pieces per package.

"We want to offer sushi at a reasonable price for the office crowd that's looking for something a little different," Nyo said.

Among the best-selling rolls is the Crunchy Dragon ($5.99), stuffed with imitation crab and avocado, covered in crispy flakes and a house sauce, which is thick, funky and screams umami. (You might have to tell it to quiet down). The sheer size makes it tough to eat in one bite. 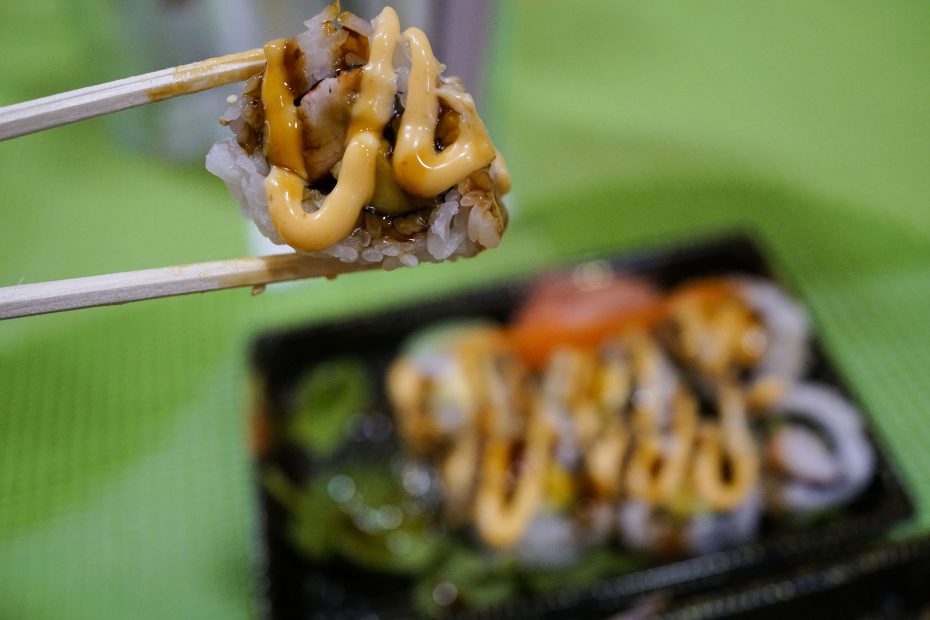 Spicy tuna and spicy shrimp rolls ($5.99) are bold, slathered in sriracha mayo and the right size to pop into your mouth; the 10 pack will vanish at an alarming rate. While the quality of the fish won't rival high-end city options like Seabar and Kuni's, it certainly meets the standard for a quick lunch bite or to satisfy an evening sushi fix.

The berry roll is perhaps the most outside-the-box offering, made with tuna, strawberries, avocado, sesame seeds and a special sauce. Rolls under $5 include a vegetable roll, California roll, avocado roll and teriyaki chicken roll on our visit.

One note: Make sure the description on container's label matches the eye test - what you see inside. There were a few rolls mislabeled during our visit.

Powdered bubble tea - available in taro, green tea, mango and banana flavors ($1.99) - might pale in comparison to more authentic versions, but it's been a hit with Man-aung's younger customers, particularly students. 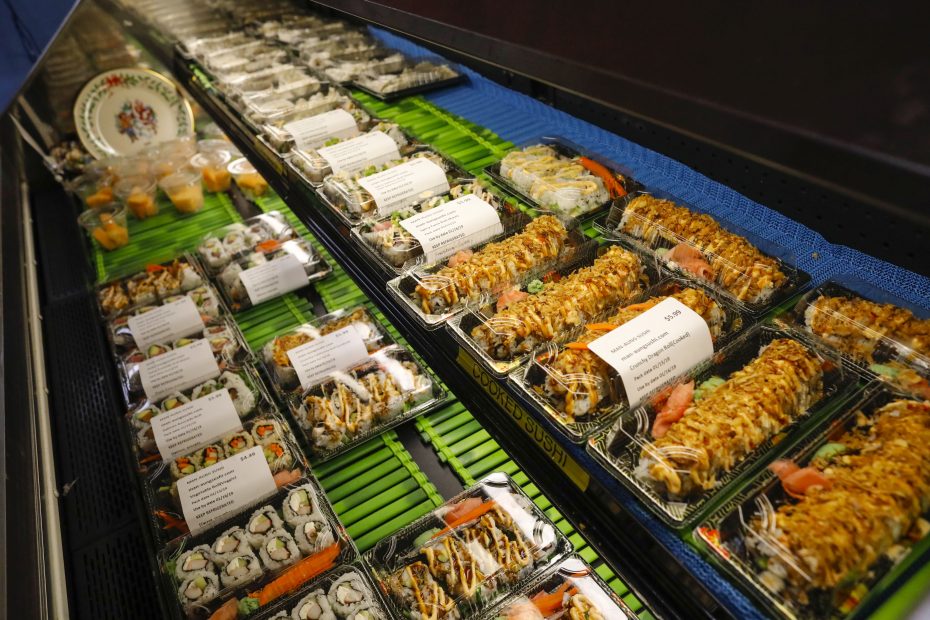 A selection of sushi made fresh each day in the cooler at Man-Aung Sushi. (Derek Gee/Buffalo News)

Four four-top tables are available for eating in, and the menu expands - albeit rather inconsistently - with miso soup, tomato meatball soup and pho, as well as a few options from a hot food station that was empty during our visit. Since there's no full kitchen on the premises, when the hot food is gone, it's gone.

Both Nyo and Lian understand it will take more than a sushi counter to sustain the business, especially since they intend to keep prices down, so Man-aung supplies the Joe's Deli at Oishei Children's Hospital (818 Ellicott St.) and Market in the Square in West Seneca (940 Union Road in Southgate Plaza) with sushi, as well employees at Fidelis, GEICO and at Larkin at Exchange. The owners aim to sell their product at more businesses and grocers in the future.

Lian crafts more than 200 rolls of sushi each day, a labor of love that must become monotonous; it's not like you can make your inventory days in advance. But Man-aung translates loosely to will power and success in Burmese, which jibes nicely with the aspirations of the two Burmese immigrants at the helm. 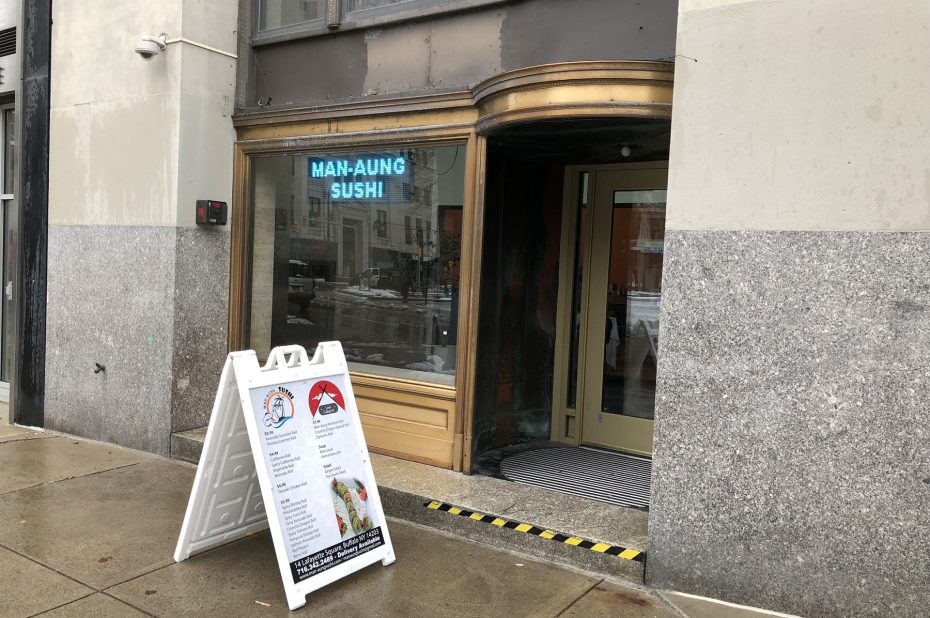 Man-Aung Sushi is at 14 Lafayette Square in the Rand Building. (Ben Tsujimoto/Buffalo News)