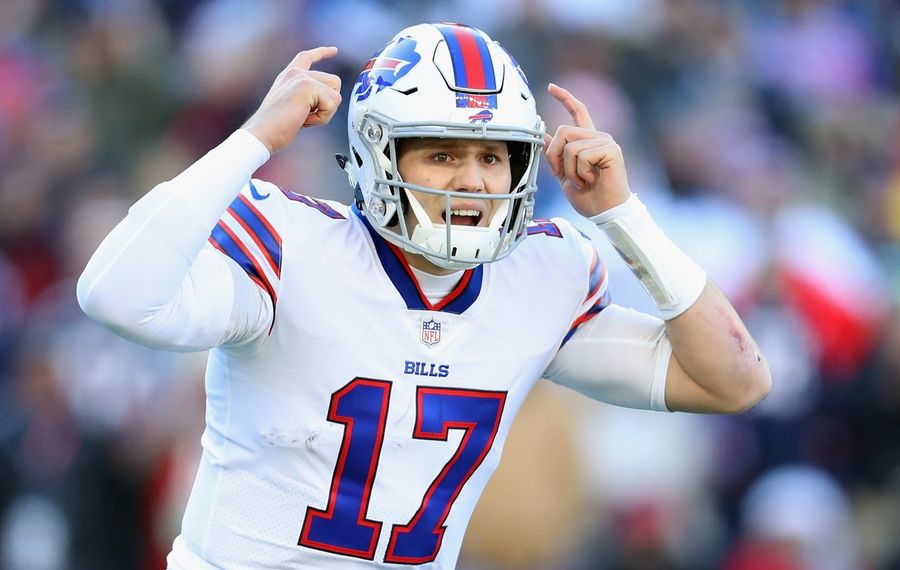 Josh Allen gave the Buffalo Bills exceptional production out of empty-backfield formations over the last six weeks of the season.

It was one of the encouraging aspects in the development of the rookie quarterback in 2018.

The Bills used an empty backfield – with all the receivers and running backs lined up in wideout positions – only 13 plays in the first 10 games.

After Allen returned from his elbow injury, they used it 66 plays the last six weeks.

Allen was 30 of 51 passing for 421 yards with two touchdown passes, two interceptions and four sacks. And he ran out of the empty set 11 times for 168 yards and a TD. (All but one of those carries were scrambles.)

The Bills averaged 8.53 yards a play with Allen in an empty backfield. They averaged 4.47 yards per play for the season. Allen averaged 14 yards a completion and 15 yards a carry out of empty.

Bills offensive coordinator Brian Daboll said Allen’s improvement in understanding protections during the four weeks he was out due to injury, helped him run empty sets more effectively.

“When you line up in a spread out formation it does a few things,” Daboll said. “One, it puts stress on your line if you’re going to hold it a little bit because now usually you don’t have some double edges there to help. Two, it allows him to see the field and expand the defense.” 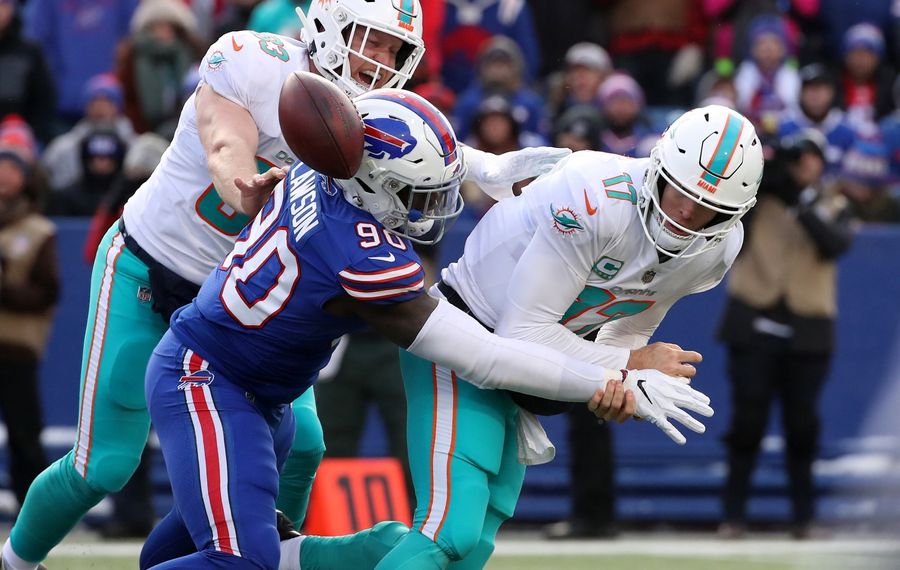 Bills could have four new starters on offensive line in 2019

What to do with Shaq Lawson? Decision looms for Bills GM Brandon Beane.

Opinions vary on where Josh Allen's game is headed for Bills

“I think one of the things he’s done a really nice job of, even when he was down with that injury, there’s a lot of things that go into empty protections, even though it’s just five guys protecting,” Daboll said. “So if you want to slide it one way, or you see another thing, I think he has a good knack and feel for that. I think that’s improved. Not that it wasn’t good, because he’s pretty sharp. But it’s improved. A lot of it is controlled by him. Where the line’s going. Getting it out quick. Recognition.”

Allen completed 58.8 percent of his passes out of the empty set. His overall completion percentage was 52.8 percent. Of course, given there’s only five pass protectors, empty sets lend themselves to quick-game throws. Pass rush schemes generally are simpler, and the defense is spread out more horizontally across the field.

“When you like up in empty is for the most part, it’s not a ton of downfield routes,” Daboll said. “You’re always going to have some type of vertical. But it’s a possession pass game. He’s got to make quick decisions. And he’s got to get the line and the protection set the way we need it. He did a good job.”

Running a lot of empty sets on third-and-long situations becomes problematic, because against good pass-rush teams the quarterback often gets hit before the receivers reach the first-down sticks.

Here are some other analytic breakdowns of the Bills’ offensive production – or lack thereof – in 2018: The Bills averaged 24.7 points and 363 yards per game over the last seven weeks of the season, starting with the 41-9 victory at the Jets.

Over the first nine games they averaged 10.6 points and 248 yards a game.

The improvement was real but Bills management shouldn’t get carried away with the upswing in its talent evaluations.

The Bills finished with the second-fewest catches in the league by wide receivers (149) and the fifth-fewest yards by wideouts (1,989). Washington was last in both categories (146 for 1,667).

Thanks to the emergence of Robert Foster, it was a big improvement over last year, when the Bills had a league-worst 115 wideout catches.

Still, the NFL average in 2018 was 197 wide-receiver catches per team. The Bills have a long way to go to make their receiving corps championship caliber.

Here’s another reason to be encouraged for Allen’s sophomore season: He surely will get more help from the running game. Right?

But that was misleading. If you subtract quarterback carries, the Bills finished 29th in rushing, at 81 yards a game. The Bills average yards per game by running backs (77.3) was the lowest in the 59-year history of the franchise.

By any measure, the Bills almost never got the run game going, and they sorely missed retired guard Richie Incognito and retired center Eric Wood. Using a guard to pull and run outside the tackles was a go-to, successful play the previous three years. Lacking the athleticism and mobility of Incognito and Wood, the Bills rarely did it in 2018.

Taylor got a lot more support from the run game the previous two years than Allen did this year.

The Bills simply were not able to power up and run.

They ran only 8 percent of plays out of “regular” or two-back sets, with one tight end and two receivers. Running backs averaged only 3.3 a carry out of two-back sets.

The lack of running consistency and the lack of go-to receiver threats combined to put the Bills 29th in yards per play on first down, at 4.93.

However, the final picture wasn’t as bad as the ranking indicates.

Over the last six games with Allen at QB, the Bills averaged 6.06 yards per play on first down. That would have ranked 10th in the NFL if the Bills could have sustained it for the full season. The Los Angeles Rams led the NFL by averaging 6.77 yards on first-down plays.

Here were the playing time percentages for the most-used players in 2018: