Buffalo School Board elections held in May usually have a dismal voter turnout, and a coalition of parent, faith-based and community organizations is trying to change that.

The group, the Change the Date Coalition, is hoping to jump on the June primary bandwagon, and is pushing for the Buffalo School Board election to move to that month.

"This is a critical time to have the right people in the School Board," said Samuel Radford, president of the District Parent Coordinating Council.

One reason is that all nine members of the board — three at-large and six district members — will be elected this year. The at-large and district terms are staggered, but every 15 years it happens that all of the seats are on the ballot at one time.

Another reason for the push is that the State Legislature voted this month to change the state primaries from September to June to coincide with federal primaries.

"We thought that if that effort can change the date, then we can call on our state legislators, local and statewide, to give us the same opportunity to actually afford a change in date for the School Board election," said the Rev. Kinzer Pointer of Agape Fellowship Baptist Church.

Radford and other coalition members Monday said moving the election from the first Tuesday in May to the June primary date should increase the number of voters. But the group needs to get quick action from the state to change the law, because Feb. 26 is the first day to circulate petitions for the May vote.

"We are moving in the right direction, and what we can't afford to happen now is for us to have any steps backward," Radford said, referring to the academic progress the district is making and the board's role in continuing that.

He noted that the School Board elections traditionally have had poor turnout, from as low as 3 percent of voters to around 10 percent of the electorate. Moving the date also would save money by consolidating elections, coalition members said. 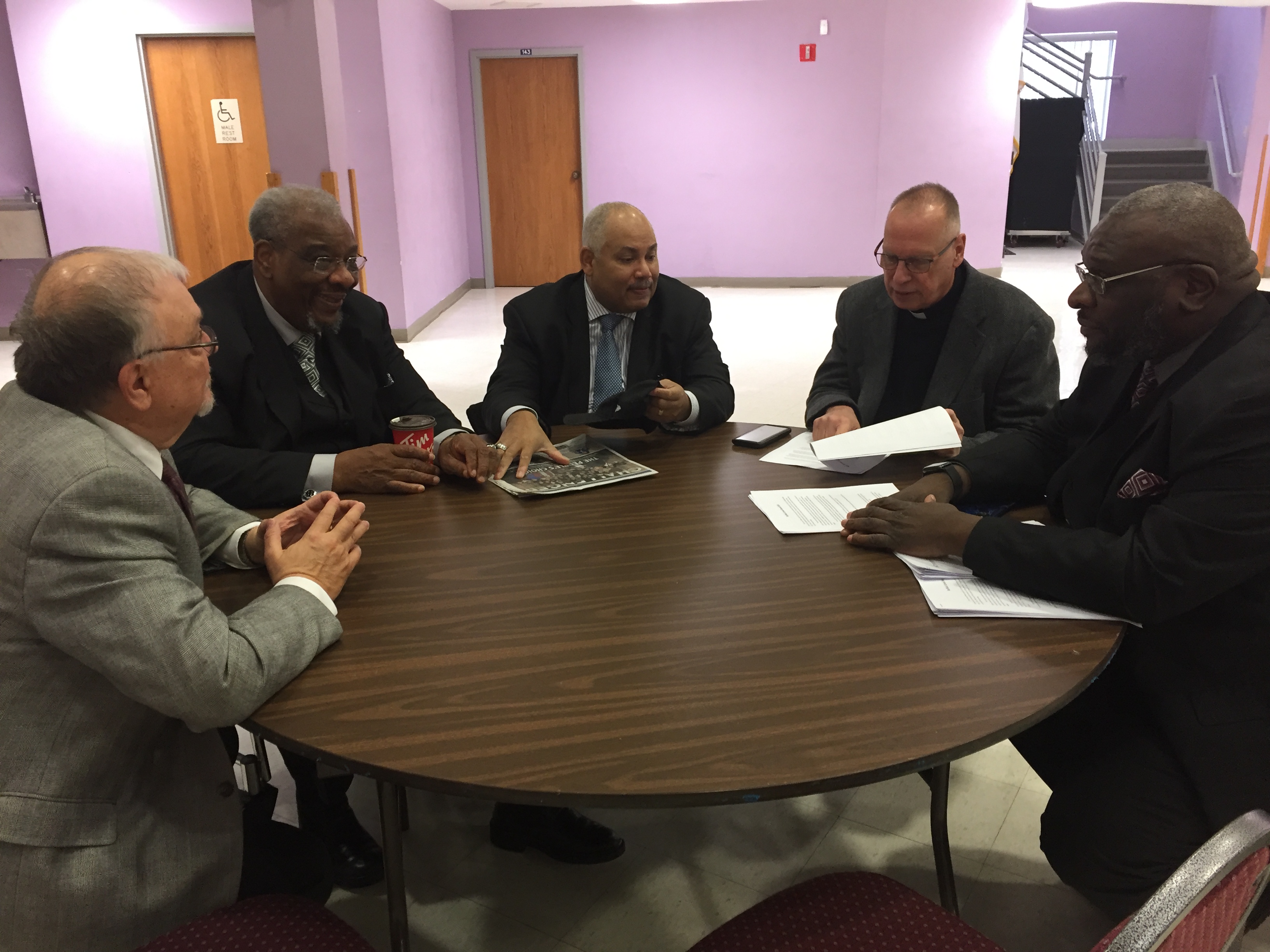 Members of the Change the Date coalition.

The Change the Date Coalition — made up of clergy from various denominations, parents and students, the business community , foundations and community organizations — last year tried to get the State Legislature to move the School Board election to the November general election, but the effort got stuck in committee, Kinzer said.

In addition to changing the date, the coalition has two other goals, Radford said during a news conference in Mount Olive Baptist Church. The group wants to focus on this year's election of the nine members in what he called the most important city School Board election.

"This is a critical time to have the right people on the School Board," Radford said.

"We want to send people to the Board of Education who primarily are concerned about the well-being of children," Pointer said.

The coalition also wants to increase the $5,000 stipend that board members receive. It is unfair to expect board members to dedicate almost 40 hours a week without being fairly compensated, Radford said. Coalition members are stepping up now for the future,  said the Rev. William Gillison, pastor of Mount Olive Baptist Church.

"We feel this generation must be concerned about the education of the generations yet to come," he said.

Coalition renews push for November School Board elections in Buffalo