Autherine Lucy Foster could only pause for a moment a few days ago at her Alabama home. Her husband Hugh was waiting for her, and she did not have much time to speak of a convention in Buffalo almost 63 years ago that also featured Dr. Martin Luther King Jr., a gathering emblematic of the courage honored by Monday's national holiday.

Foster remembered. Those were not days that fade away.

At 89, she is a living icon of the American civil rights movement. Early in 1956, Foster was attacked by a mob that threw rotten eggs, grew to thousands and eventually forced her off campus as she attempted to settle in as the first African-American student to attend the University of Alabama.

Six months later, in August, she joined a stunning array of historical figures in Buffalo at the old Statler Hotel, including the 27-year-old King. They were honored guests at a five-day national conference celebrating the 50th anniversary of the founding of the first Alpha Phi Alpha fraternity.

King's speech in Buffalo served as the climactic address. Arthur Shores, a lawyer who paired with future Supreme Court Justice Thurgood Marshall in representing Foster during her struggle in Alabama, was also there. So was Branch Rickey, the baseball executive who signed Jackie Robinson and watched him defy ridicule and fury to shatter baseball’s color line. As for Marshall, he planned to go but could not attend, due to an injured foot.

Lum Smith, 75, an educator and community historian in Buffalo, was in grade school at the time and did not attend the conference. He spoke this week with awe of "the power of all those names together," describing the lineup of giants as one of the most extraordinary gatherings of civil rights leaders in city history. 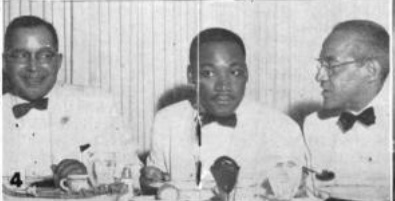 Even the entertainment was unforgettable: Band leader Duke Ellington, an Alpha himself, showed up with his orchestra for a related performance at Buffalo’s War Memorial Auditorium.

All of it honored the 50th birthday of the first intercollegiate Greek-letter fraternity for African-American men, a fraternity to which King belonged. Robert Harris, a vice-provost emeritus at Cornell and the fraternity's national historian, said the nature of the conference underlines the group's significance during a harsh time in American history.

More than 60 years later, the Rho Lambda graduate chapter of Alpha Phi Alpha in greater Buffalo has more than 100 members, including Mayor Byron Brown, according to chapter president Demone Smith.

In 1956, the convention was lightly covered by the mainstream press. Compared to King’s later visits – particularly his 1967 address at Kleinhans Music Hall – the speech at the Statler did not receive much attention beyond the black community. Still, the gathering brimmed with powerful moments, such as this thought from Foster about her ordeal as an aspiring student, captured in a brief story by the old Courier-Express:

Sean Kirst: An image, a Bible, a Buffalo moment with MLK

The national leaders of Alpha Phi Alpha chose Buffalo for a reason. The city was still at a high point of 20th-century civic energy. The fraternity had been founded at Cornell, a relatively short train ride away, by seven black students who found a safe haven from tense racial restrictions on campus by meeting at the Ithaca home of Archie and Annie Singleton.

Annie was known as “mother of Alpha Phi Alpha.” She later moved to Buffalo, and in 1956 she was a revered guest at the Statler.

Kenneth Echols, 86, who became a longtime Buffalo educator, was at the event. As a young man, he left Western New York to attend Morehouse College in Atlanta, where he met King, an alumnus. That gave him a sense of what to expect when King was honored for his pivotal role in a bus boycott in Montgomery, Ala.

On the final Saturday, Echols, now of Georgia, joined his fellow Alphas in climbing on a train for a pilgrimage to the site of the fraternity’s birthplace in Ithaca. They returned to hear King speak of his efforts against American segregation, a campaign King described as far “bigger than Montgomery.”

From the balcony of the Statler ballroom, Echols watched King deliver a speech called “The Birth of a New Age.” Change was coming nationally, he said, but he warned that old and threatened systems always have a "last-minute breathing power."

He spoke of the need for sacrifice, for lives of selfless excellence, and he touched on many themes he would emphasize throughout his life. Echols recalled how King's conclusion included an emphasis on "gaining the ballot," the key lever in overturning unjust laws.

Afterward, King was given the Alpha Award of Honor, while Shores – whose home in Birmingham was later bombed amid his harrowing work for civil rights – received Alpha’s Medal of Honor.

According to Robert Harris, the Alpha Phi Alpha historian, the image above on the cover of 'The Sphinx' captures the three Alpha founders who attended the conference in Buffalo: left to right, George B. Kelley, Henry A. Callis and Nathaniel A. Murray. Scroll inside the piece to read detailed coverage.

James R. Heck III of Amherst, now 86, also has vivid memories of the convention, mainly because he could only be there briefly: While he was a loyal Alpha home on leave from the Army, King's speech fell on the same day as Heck's wedding to the late Shirley Ann Johnson. Still, Heck and some companions – including his brother Rhomie, his best man – stopped by that week to say hello to many friends.

Heck’s one regret is that he did not have the chance to shake King's hand, though Heck would be there for King's "I have a dream" speech in Washington. As for Ellington, Heck still has an autograph the great band leader addressed to Heck and his wife later that year on the Fort Benning Army base in Georgia.

At a time when the Army was newly integrated – and the world beyond its borders was not – Heck said he helped Ellington and his orchestra find some dinner at the old Patton house, then an officers club, after a concert. When the meal was done, Heck said, Ellington asked the waitress to wrap a grilled sandwich in foil.

In the South, Ellington told Heck, he never knew when he could eat. In 1956, his status as one of the nation’s most brilliant musicians was not enough to get him through the doors of white-only restaurants. 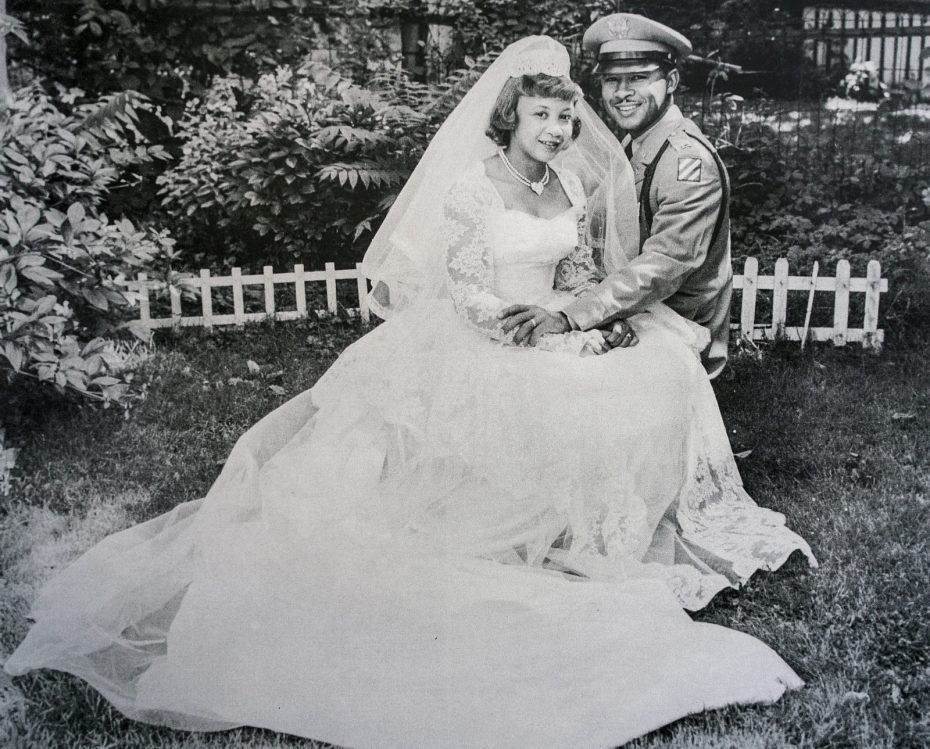 James and Shirley Ann Johnson Heck, 1956: The day they were married was the same day Dr. Martin Luther King Jr. spoke for the first time in Buffalo. (Family photo)

That would change through a gathering force made evident at the Statler. Frank Stanley Sr., the senior editor and publisher of the famed Louisville Defender, was a central presence as Alpha’s general president. Rickey, the baseball executive, offered a long talk about Jackie Robinson's courage and resilience.

“The brothers were moved,” reported The Sphinx, the Alpha magazine, “with the fervor, the sincerity and the utter frankness of Mr. Rickey’s address.”

King, after his speech, would leave Buffalo to continue the lightning ascent that ended in the grief of 1968, when he was shot to death, at 39, in Memphis.

Autherine Lucy Foster has lived to see it all, including unimaginable change at the University of Alabama. The school eventually welcomed her back to earn a graduate degree, and in 2010 a campus clock tower was named in her honor. As she approaches a national day set aside to keep alive the courage she embodies, Foster said by phone she clearly remembers the conclave at the Statler, a vision that stays fresh because of all that brought them there.

“Things were so stirred up,” she said, “and you don’t forget things like that.”