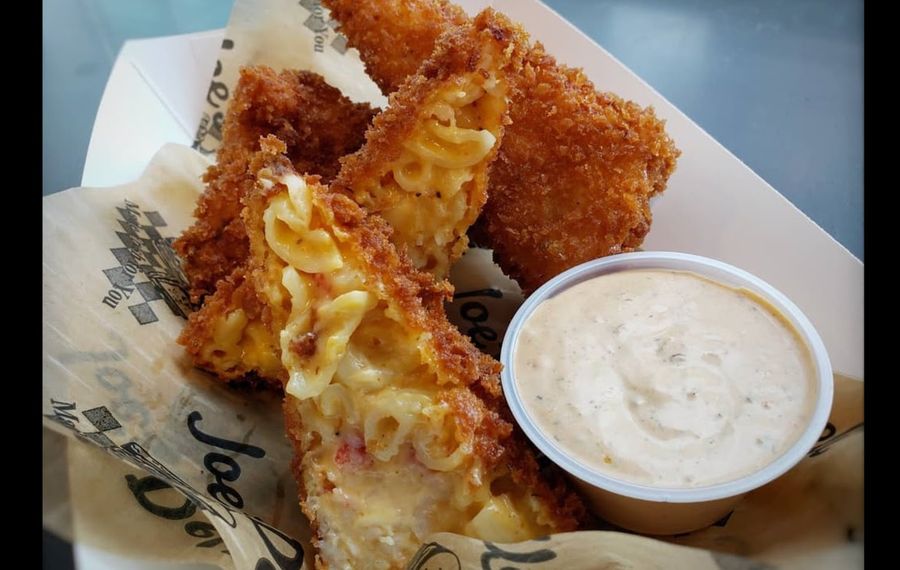 A broad overview of the Facebook and Instagram accounts of Buffalo-area restaurants reveals a stark contrast: Some pour resources into or take painstaking care in how they represent themselves, while others take shortcuts.

These promotions won't make or break a restaurant - the quality of the food and restaurant experience are still more crucial - but this is a time when pictures are arguably paramount to prose; the images have the power to attract or turn away customers.

To encourage Buffalo eateries to raise their level, here are 10 drool-inducing photos shared over the last few months that sparked a reaction, either for News Food Editor Andrew Galarneau, Buffalo eaters at large or for me. (As a reminder, this series is similar to the Restaurant Week previews, where we won't repeat a restaurant from the last post. Here's the November edition).

To know: Has a Reuben ever looked better? Jonny C.'s is a Reuben with an Asian twist, too, with kimchi stepping in ably for sauerkraut and sriracha-Russian providing an All-Eastern punch. The East Amherst deli announces its melt, sandwich and sub of the week on its Facebook page.

Galarneau has been partial to Jonny C.'s Spicy Dragon sub for years, while Lizz Schumer took a gander at several other sandwiches, too.

Tired of the same old thing for lunch or dinner? Then come to Jonny C's N.Y. Deli for our second Sandwich of the Week "...

To know: Buffalo's only Cambodian restaurant has a surprising vegan bent, which fits in with the current among local restaurants (see Galarneau's review of Root & Bloom as evidence, and Sam Christmann's guide).

It's tough to believe these Cheeseburger Mac egg rolls are vegan, but since they are, it could be difficult to trust a treat usually so reliant on meat and cheese. But given the way the egg rolls look, we'd be more willing to give them a chance.

(Photo aside: Adding shadow or boosting the contrast of a photo might be cheating, but it's better than choosing a preset filter that alters the image entirely).

cheezburger mac egg rolls🤓..beefless crumble & our vegan mac & cheez in an egg roll 😛this weekend only (or until sold out!)

To know: Look, Juicy has a built-in advantage. People want to stare lustily at big burgers, and they probably always will. "Fun Guy" is perhaps the oldest joke in the Mushroom Humor Handbook, but we'll give the Hamburg restaurant a pass because the gooey cheese, char on the burger and brioche bun have us in a tizzy. (Plus, they admit they're cheesy).

Let us introduce you to our Fun Guy!!! House burger, sautéed mushrooms, caramelized onions and melted swiss. Who’s your...

To know: Not everything has to be a gargantuan burger, though. The simplicity and presentation of Sear's American Kobe-style ribeye might put a tear in a meat lover's eye, and given its reputation as a strong choice for high-end steak, there's no reason for Sear add any frills to this prized chunk.

American Kobe-style beef is probably a story in itself, though, which NBC News does on a basic level. This refresher on the difference between wagyu and Kobe beef was handy, too.

To know: In a city with a bastion of Italian families that have passed down recipes through generations, the expectations are high for Italian restaurants, and housemade pasta is a must for fine-dining. That's the case at longtime Hertel staple Lombardo, where Chef Michael Obarka and his crew take extra steps to concoct dishes like the agnolotti special with brown butter and black truffle, topped with pancetta, below. You can almost feel the texture of the pasta by looking at that picture.

While owner Tommy Lombardo is executing new projects - like across-the-street The Little Club wine bar - it's worth remembering that Lombardo isn't coasting at its restaurant.

There is nothing like pasta made by hand 😍Who wants to come try some??

To know: Authentic Mexican sauces and soups can be both colorful and flavorful, which Taqueria los Mayas, a hidden Cheektowaga gem, mustered below through its pozole.

Bonus points for describing the perhaps unfamiliar dish in the comments, too: "Pozole, which means "hominy", is a traditional soup or stew from Mexico. It is made from hominy, with meat, and can be seasoned and garnished with shredded cabbage, chile peppers, onion, garlic, radishes, avocado, salsa or limes."

Today we are featuring our Red pozole. Come in and enjoy a hot bowl!

To know: Joe's soups and menu sandwiches are about as consistent as they come, but treasures are found in the specials, found on Facebook for each location as well as in the eateries.

While many of the choices veer toward comfort food - like the deep-fried lobster mac and cheese bites in the featured image and below - they're imaginative and even a bit luxurious. The angled pieces, crunchy breading and creamy mixture inside makes this the whole package.

To know: Not everyone oohs and ahhs over a photo of French onion soup, especially when it's shot aggressively vertical like this one.

A few reasons to overlook the orientation, though: The cheese crusts on the edge of the bowl after bubbling over, a must for every French onion soup image, and Carte Blanche notes in the caption that it trusts Elm Street Bakery bread for the croutons, a fine example of Southtowns restaurants working together. Doesn't that warm your stomach and your heart?

It's cold outside, come warm up with a bowl of French Onion Soup.We use Elm Street Bakery breads to make croutons for the soup.#cbfam #supportlocal #716eats #elmstreetbakery

To know: Now with three locations after opening its first just a year ago, Kitchen 32 - a meal prep service that focuses on healthy, pre-portioned dishes to go - has been aggressive in its marketing and has apparently found a niche. All meals are $7, and you can see the menu here.

As a sucker for dishes in which several ingredients are woven together on a bed of rice, I am especially enticed by the Taco Bowl, below.

To know: We head to Pendleton for dessert, where Craft Coffee House presents the "wow" factor in its cake-y doughnut topped with a childhood-favorite cereal. You probably didn't even read this introductory bit because your attention was pulled to the photo below. That's okay, I'm not offended.