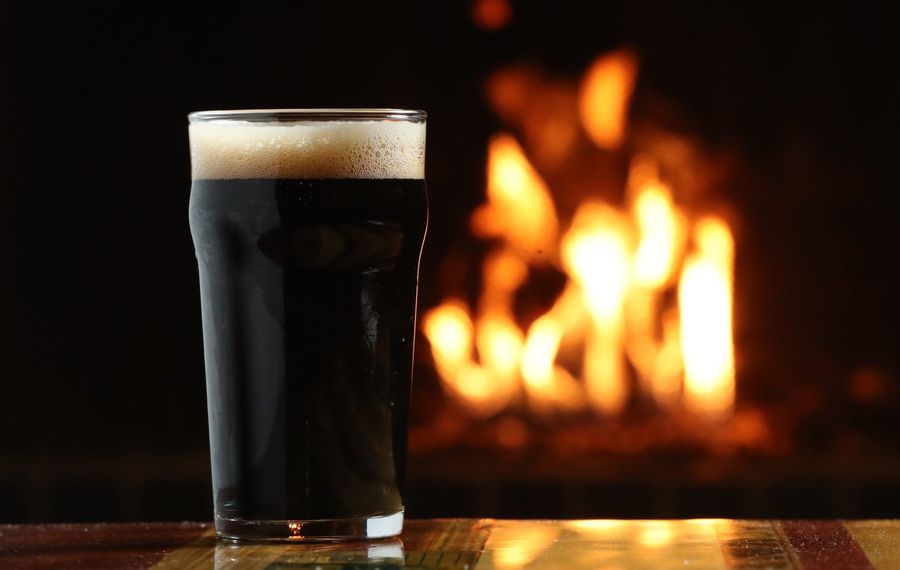 The continued growth of the local and regional craft beer scene provides the perfect opportunity to try new styles and varieties. The proliferation of homegrown breweries, well-curated bottle shops and expanding restaurant tap lists means patrons can rethink beer as a beverage option, and consider it as you might treat food, expanding your palate by sampling new places and menu items.

Although any beer can be enjoyed year-round, many craft beer drinkers have seasonal proclivities. A refreshing poolside beer may not be the preferred choice to sip and savor fireside. You might favor juicy IPAs and crisp pilsners in hotter months, but crave warmer, bolder flavors in colder climes.

With many more weeks of winter before us, here are three popular dark beer styles to consider.

Light in body, smooth and malty, brown ales generally are very drinkable. English and American styles may vary in both alcohol by volume (ABV) and bitterness, but both are roasty and malty on the palate and may be slightly sweet.

Brown ales were popular during the nascent microbrew movement, so drinkers may be familiar with this style from longtime bottled brands like Pete’s Wicked Ale, Newcastle Brown Ale and Samuel Smith's Nut Brown.

Craft breweries also are rejuvenating interest in this classic style. Unlike some of the heavier dark beers, brown ales easily pair with many foods and may skew lower in ABV, making them a great choice from a restaurant beer list. 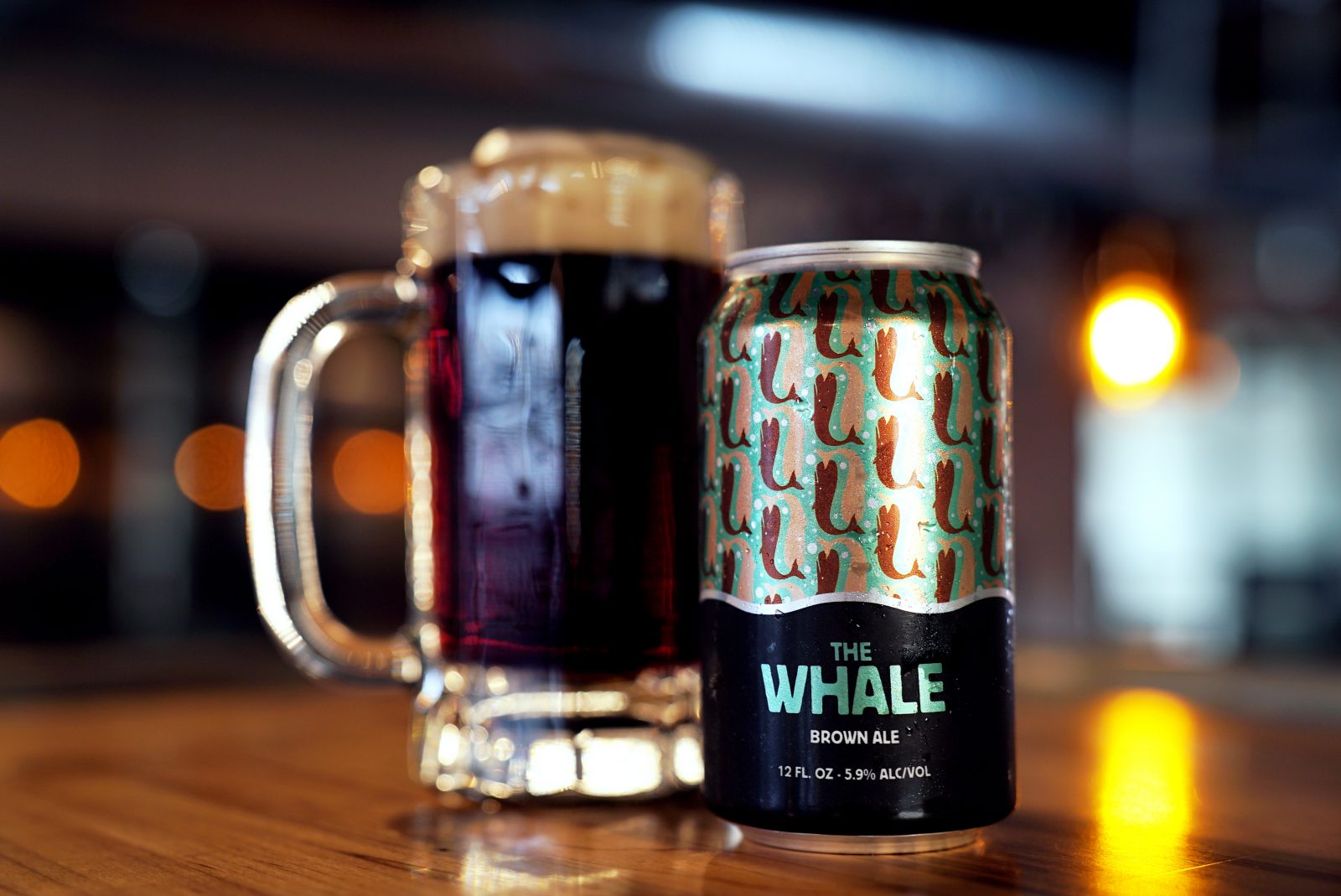 Community Beer Works' flagship The Whale is an award-winning brown ale that recently became available in cans. Find it in 12-ounce six packs at the brewery or area bottle shops and grocery stores.

RiverWorks Brewing Company - the first brewery in the world to open inside of a grain silo — makes a signature beer called Bin House Brown Ale. Enjoy it this winter during a Queen City Roller Girls roller derby game, then, when the temps warm, order it outdoors from their service counter in the giant Labatt Blue six pack.

Oatmeal Cookie Brown Ale from 42 North in East Aurora is perfect for post-baking coziness at home (or, instead of baking at all). It comes in one-pint cans and offers flavor notes of chocolate, cinnamon, toffee, vanilla, molasses and toasted oat.

At the dark end of the beer spectrum, stouts tend to get more attention from both drinkers and brewers, but medium-bodied porters can be an easy-drinking alternative. The two styles are similar and oft-conflated, but typically, a porter is not as heavy in body and may have lower ABV, while still remaining a smooth, complex and interesting dark beer.

As with stouts, porters can be traditional and straightforward or gussied up with a variety of flavor adjuncts such as coconut. Notes of coffee or chocolate are common. Well-balanced, smooth-drinking porters can be harder to find on restaurant and bar beer lists, but we are fortunate to have a few local breweries that excel in the style and include signature porters in their repertoire.

Buffalo Brewing Company's 1813 Porter is one of its staples, named to commemorate the year that the City of Buffalo was burned by the British during the War of 1812.

12 Gates flagship Coffee Porter is available most everywhere in 12-ounce cans but for maximum creaminess, try the “nitro” version (run through a special tap that produces finer bubbles, a denser head and a softer mouthfeel) at the Williamsville taproom. 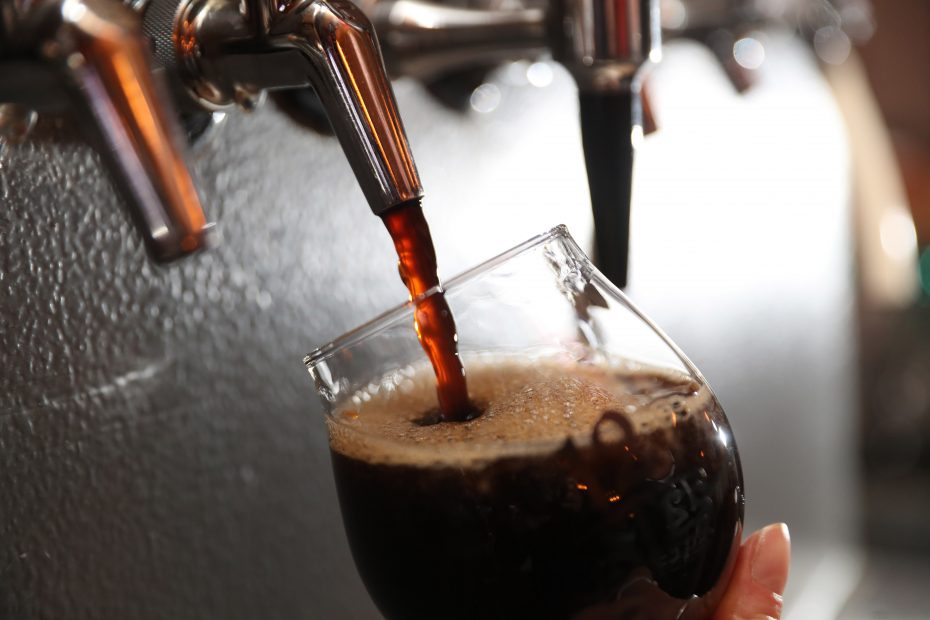 The coffee porter at 12 Gates is a dark brew perfect for winter. (Sharon Cantillon/Buffalo News)

Of all the malt-forward dark beer styles, stouts may be perceived as the most wintery. Many beer drinkers switch to stouts when the weather turns cold, though some fans drink them all year long. And while Lockport’s New York Beer Project was awarded for its easy-drinking, warm-weather stout Aberdeen Tropical, most stouts are heavier in body and higher in ABV.

On the bold and boozy end of this style, barrel-aged stouts are extremely popular in fall and winter, absorbing flavors and aromas from the compounds that remain in wood barrels in which bourbon or other spirits were previously stored. Several local brewers try their hand at this variant, and nationally distributed brands like Goose Island Bourbon County and Founders CBS and KBS have widely touted annual releases (and a high price point).

Other stout varieties include oatmeal (that adds to the body, making it smooth and rich) and milk stouts that are blacker in color and usually have a malty sweet flavor profile with chocolate and caramel notes. 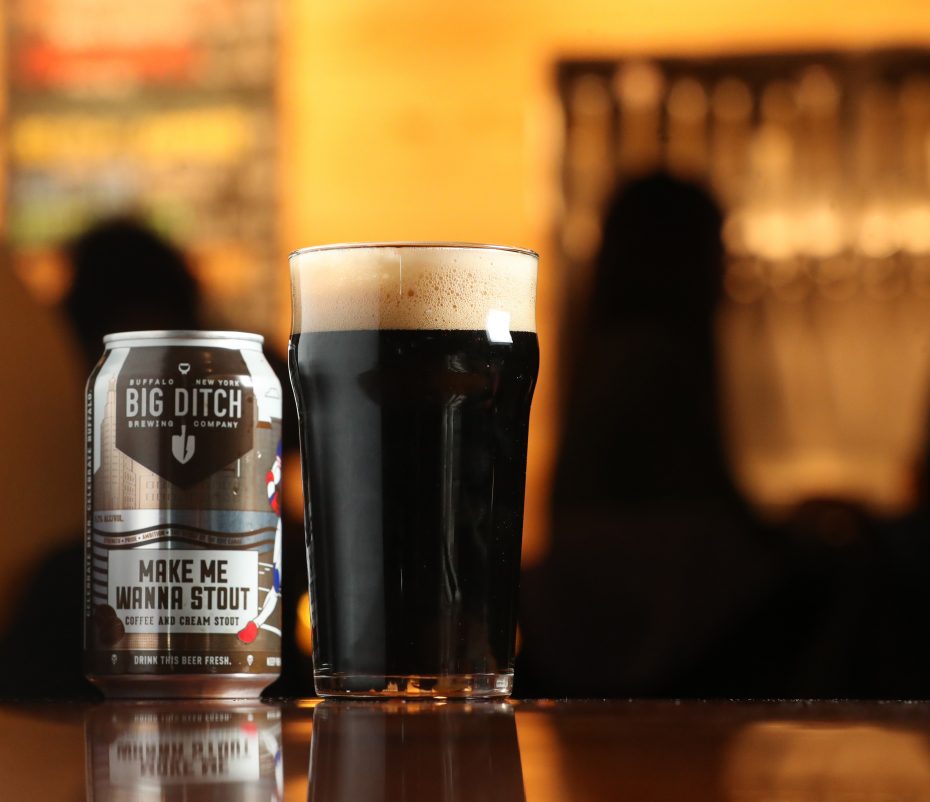 Part of the “Small Batch Series,” Flying Bison's Spot Coffee Stout is a bold, flavorful milk stout that makes the most of French-roast single-origin coffee beans from the local Spot Roastery. It’s distributed in bottle six-packs as well as offered on draft.

Inspired by the Buffalo Bills and also using a local coffee partner (Public Espresso), Big Ditch’s Make Me Wanna Stout, a coffee and cream stout, is available both in 12-ounce cans and on tap.

If you’ve shied away from trying darker beers, now’s the perfect time to dabble.