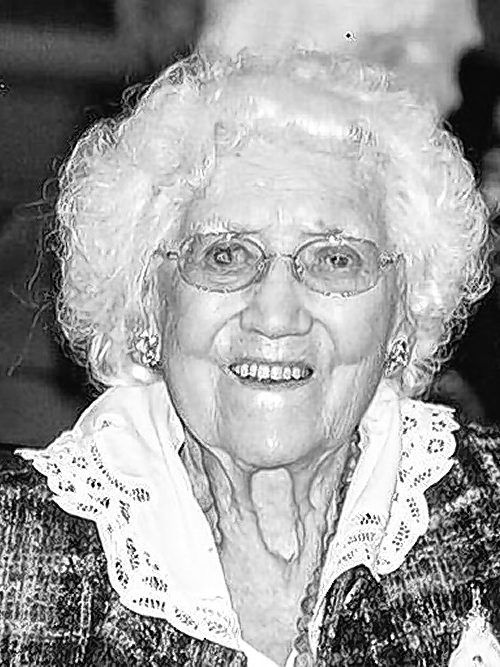 Stephanie Mucha was working in Buffalo Veterans Affairs Medical Center in 1958 when she said she witnessed a miracle.

“I came home and said to my husband, ‘I saw a dead dog come to life,’ ” she told a writer for Barron’s magazine.

It was a test of the first implantable heart pacemaker by inventor Wilson Greatbatch, who was working with doctors at the hospital to develop it. In 1960, they began giving pacemakers to human patients.

Through that and other investments, Mrs. Mucha, a licensed practical nurse, became a millionaire and a philanthropist. Dubbed “The Oracle of Buffalo,” counterpart to Warren Buffett, the Oracle of Omaha, her goal was to donate $6 million before her life was over.

By the time she died Dec. 3 at the age of 101 in Beechwood Continuing Care, Getzville, she had arranged to give $1 million to the Kosciuszko Foundation, which helped her Polish-born husband after he arrived in the United States, and the rest to the University at Buffalo.

A $1 million donation to UB’s School of Dental Medicine funded the construction of the new Joseph and Stephanie Mucha Patient Welcome Center on the South Campus.

She also arranged $1 million in donations to the Jacobs School of Medicine and Biomedical Sciences, the School of Arts and Sciences (because it has a Polish studies program) and the School of Engineering, because her husband had aspired to be an engineer.

In addition, she and her husband provided scholarships for 30 students of Polish heritage.

She was an honored guest at dozens of UB award luncheons, dinners and social events. She also lectured to students on investing. In 2011, she received the Philanthropist Award from the College of Arts and Sciences. She also was presented with UB’s Walter P. Cooke Award, which recognizes notable contributions by non-alumni.

She was the Am-Pol Eagle Citizen of the Year in Health and Medicine in 2015.

Born in North Tonawanda, one of six children, Stephanie Theodora Niciszewski was left-handed, but was forced to write right-handed by nuns in her parochial elementary school. She learned to be ambidextrous, but was a poor student.

She left high school when she was 15 to help her family keep their home by working as a maid in a doctor’s office. She then pushed a canteen cart in a factory until she was seriously injured in an accident. The settlement from the accident paid off her parents’ mortgage.

At 24, her father introduced her to Joseph Mucha, a machinist who had come from Poland as an orphan at age 18. Although he was 26 years older, it was a good match. They were married in 1946 and did everything together.

Mrs. Mucha enrolled in the first class in the Trott Vocational School of Nursing in 1948 and was hired as a licensed practical nurse at the newly opened VA hospital in 1950.

In 1975, she became one of 100 civilians to receive the Purple Heart for “outstanding work as a nurse for veterans.” Her 40th anniversary at the hospital was recognized with a Sustained Superior Performance Award. She retired in 1993.

The Muchas lived frugally. They rented out two apartments in their house on Winspear Avenue. They had no children and only one car. After her husband died in 1985, the article in Barron’s noted, Mrs. Mucha “sold her diamond ring and wedding band for $2,700, investing the proceeds.”

She told the Am-Pol Eagle in 2015 that a question she asks when considering stocks is “What do we need that we can’t live without?”

Until she began consulting local financial adviser Larry Scott Stolzenburg a few years ago, she made all of her own investment decisions, placing orders with an online brokerage by phone, since she did not use a computer. She read the Wall Street Journal and other financial publications and watched money programs on television.

She was active in the Greater Buffalo Memorial Society, a nonprofit educational organization that monitors the funeral industry for consumers, and served as its membership secretary.

Her biography, “The Oracle of Buffalo: The Remarkable Life of Stephanie T. Mucha,” by Stolzenburg and J.J. Przewozniak, was published in 2016 by the Polish Mission of the Orchard Lake Schools in Michigan.

Survivors include a sister, Mary Szymanski, and 23 nieces and nephews.

A memorial service will be arranged in May.