The unexpected resignations earlier this month of two Pegula Sports and Entertainment executives followed an internal investigation into whether the two men sexually harassed female employees after a holiday party in December, according to four sources.

Michael Gilbert, senior vice president of administration and general manager of HarborCenter, and Nik Fattey, vice president and director of hockey at HarborCenter, joined a group of about two dozen male and female PSE employees at Mulligan’s Brick Bar on Allen Street around midnight on Dec. 16, after the company holiday party inside the Marriott HarborCenter had ended, two of the sources said.

At Brick Bar, Gilbert and Fattey focused their attention on two young women who work as servers at (716) Food & Sport, a PSE-owned bar and restaurant inside HarborCenter, the two sources said.

Fattey, through his attorney, denied that he had sexually harassed or behaved inappropriately with any woman.

Gilbert did not return two voice messages left on his cellphone.

One of the women said Gilbert, 50, made sexually explicit and inappropriate remarks to her and repeatedly asked her to meet him in his hotel room at the Marriott.

“I just said no, I have no interest. I would turn around and he would continue to talk to me,” the woman said. “I don’t know where he got to thinking that I would be interested. I have no idea why he thought he could do that.”

The News contacted the woman when other sources said there was more behind the resignations than PSE initially revealed. The woman agreed to be interviewed on the condition that she not be identified by name in a story.

The woman said she felt awkward trying to fend off Gilbert’s advances without angering him, because he ultimately wielded control over her job at the restaurant.

“I think he was trying to use that power,” she said.

The woman, who is 23, described the interaction as "creepy" and "gross."

Another source who was in Brick Bar at the time confirmed substantial portions of the woman's account, although the source also acknowledged that she could not hear what Gilbert said to the woman.

As general manager, Gilbert was responsible for all aspects of the operation of HarborCenter, which also houses two ice rinks, a hotel, a Tim Hortons and a handful of small shops. He and Fattey, 39, who also served as general manager of the Buffalo Beauts women's hockey team, were the two highest-ranking PSE executives at HarborCenter.

Gilbert served in a variety of roles with the Sabres in 21 years with the organization. He was the team's longtime director of public relations and its most prominent media contact before becoming a vice president in 2011. He took on the new responsibilities with HarborCenter in 2016.

Gilbert also helped lead the organization's effort to bring the IIHF World Junior Hockey Championship to Buffalo last year, but the event was criticized for thousands of empty seats at KeyBank Center. Before his departure, he was a key member of the organizing group for the coming NCAA Frozen Four.

At the time of the announcement, PSE issued a statement that quoted Gilbert as saying, "I believe now is the best time for me to explore some other opportunities in the private sector here in my hometown of Buffalo.” 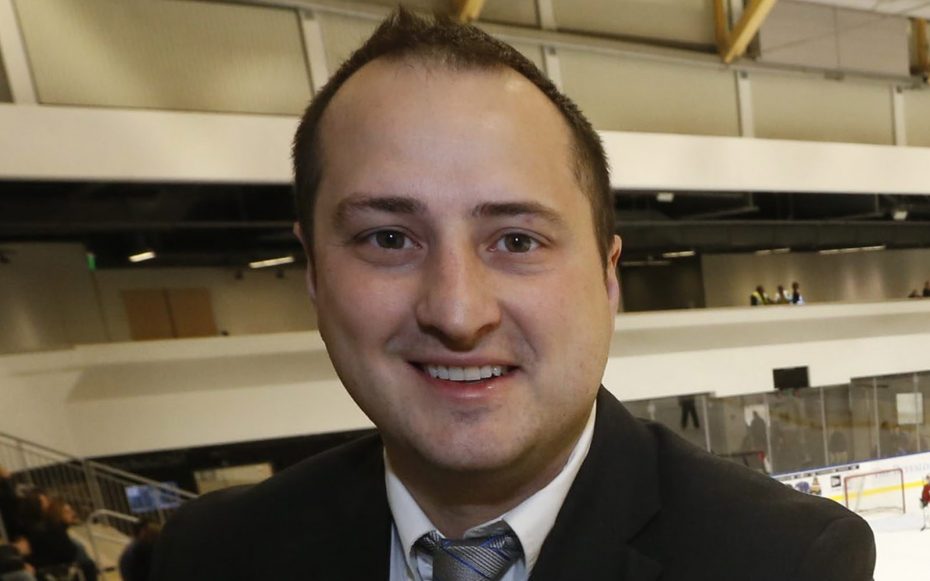 PSE has not publicly acknowledged Fattey's resignation, but his bio was removed from the HarborCenter website.

Fattey referred questions to his attorney R.J. Friedman of Hamburg.

"He is aware of the rumors and from Day One has denied any allegations regarding any sort of sexual harassment," said Friedman. "PSE did their due diligence and did speak to Nik about the allegations, which he denies."

Friedman said Fattey developed a "spotless reputation" in his 14 years in the hockey community and is now pursuing another opportunity.

He also said his client's departure from PSE was unrelated to the allegations that surfaced.

"He had been thinking about it for a while. I know the optics really don't look so great, but it is unrelated," said Friedman.

The resignations of Gilbert and Fattey came on the heels of the departure last spring of Russ Brandon, who was the top executive at PSE under Terry and Kim Pegula, owners of the Buffalo Bills and Buffalo Sabres.

Brandon, who as managing partner and president of PSE ran day-to-day operations for the Bills and Sabres and other sports franchises owned by the Pegulas, resigned following an internal investigation into allegations of inappropriate relationships with female employees, sources told The News at the time.

Kim Pegula took over as chief executive officer and president of PSE when Brandon left.

The woman said she had had little interaction with Gilbert and Fattey prior to the night they were together at Brick Bar on Dec. 16. She waited on them at (716) Food & Sport restaurant a few times and did not have any negative experiences in those instances, she said. She also said she did not encounter any problems at the holiday party earlier that night.

But at Brick Bar, the woman said Fattey also tried hitting on her. He quickly got the message that she wasn’t interested and turned his attention to her friend, who also works at (716), she said. She noticed Fattey whispering into the friend’s ear, but she said she doesn’t know what he told her. She also said Fattey put his hand on her friend’s shoulder and buttocks.

The woman who described Gilbert hitting on her said that Gilbert, at one point, gave her his business card. She got up, threw the card on the floor and went outside to call her boyfriend, she said. When she came back inside, her friend was crying.

A co-worker who was at Brick Bar with the two women said that they were both visibly upset after Gilbert and Fattey left to get something to eat.

“They were offended,” said the co-worker. “The girls they were doing this to were young and appalled. These girls were just crying at the end of the night.”

The woman who said Gilbert made sexually harassing remarks to her said she did not report the incident to managers.

“I didn’t think it would be taken seriously, because oftentimes, it’s not,” she said.

But two days after the party, she received a phone call from the PSE human resources office, she said.

“They called me and then I met them in person,” she said. She met again with them about two weeks later.

She said the human resources people apologized to her for what happened, but did not tell her who made the complaint or what would happen with Gilbert or Fattey.

She said she later learned that a male co-worker who had witnessed how upset she and her friend were at Brick Bar filed a complaint with management.

“He said, ‘I figured you were too scared to say something,’ ” she said.

The woman said she was grateful that the co-worker reported the incident and was satisfied with how it was handled by the company.

The human resources office also interviewed other employees who were at Brick Bar following the company holiday party, sources said.

“They took it very seriously from the beginning,” she said.