Today, HarborCenter is one of the developments of a revitalized waterfront that draws people from all over the world.

In 1946, when the photo above was taken, lower Main Street was more of a reminder of what Buffalo was losing, rather than what was to come.

For decades, the anchor of that block had been the Seaman’s Home.

“The Seaman’s Home is not a charitable institution,” said founder James Pickard in 1925, when Buffalonians were concerned lower Main Street was “being overrun with bums and hoboes.” Pickard said the Seaman’s Home was a place where men could get 50 cents’ worth of clean lodging for 20 cents.

He was superintendent of the home from 1907 until he died in 1944. The place was “designed to provide lakemen with a home within their means and one where they could maintain their self-respect.”

When the Seaman’s Home Association was created, there was a need for winter housing for the thousands of men who worked on lake boats for the other three seasons.

By the 1950s, the local maritime industry had changed. Great Lakes shipping was no longer a key cog in the country’s economy. Many of the less-skilled jobs had been automated, and far fewer sailors who remained made relatively decent salaries and could afford to live comfortably when not on the lakes.

In 1953, the Courier-Express “Enquiring Reporter” asked a handful of men, several of whom listed the Seaman’s Home as their address, “What causes you to live on Skidrow?”

Each of them, in one way or another, mentioned alcoholism as a part of their struggle to survive.

When the area was rezoned in 1957, a salvage company owner said no one would notice if the place was torn down.

"The Seaman's Home is nothing but a dropping-off spot for every bum from California to Maine," said Robert Gray of Republic Salvage, heatedly, in a Common Council hearing. "I know what I'm talking about because I put on old clothes and went down there to see for myself."

A few years later, when impending redevelopment put the future of the home in jeopardy, The News reported “there are few places left where the human derelicts of the city can get a bed for a night for the traditional 50 cents.” Not too long afterward, one of the last was nothing but a memory.

After decades as a parking lot for special events at The Aud and what’s now KeyBank Center, HarborCenter was opened on the spot in 2014. 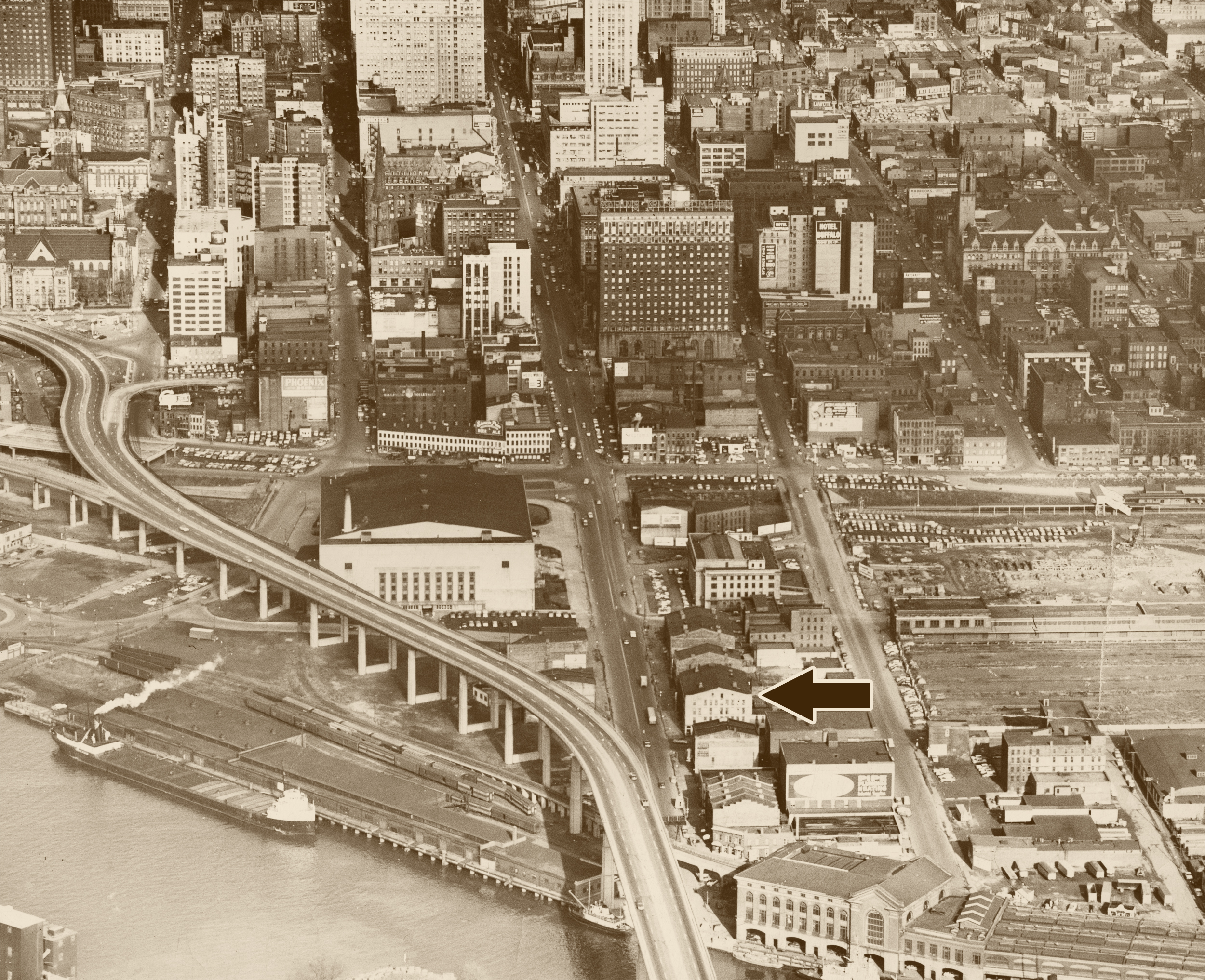 Late 1950s view showing the Skyway, Memorial Auditorium, and the foot of Main Street.  You can see the beginnings of I-190 construction to the left. The arrow shows the Seaman's Home. Below, is a current Google 3D image of the same area. 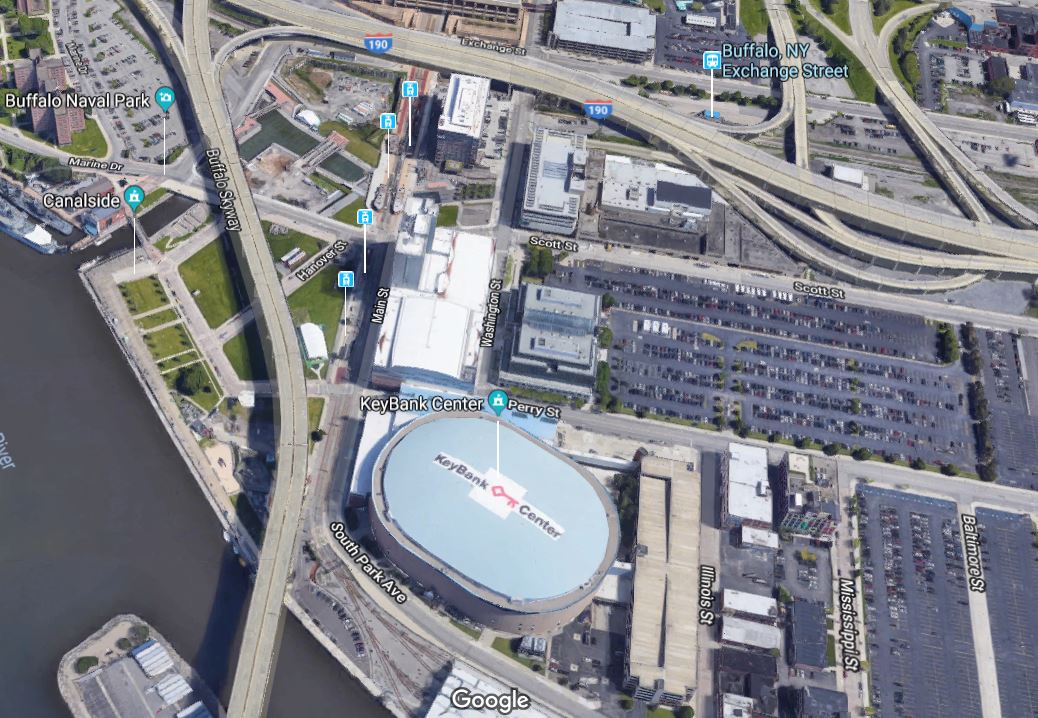