District Attorney Patrick Swanson was the first to speak at Monday's sentencing hearing for Thomas A. Jadlowski.

He began his address to the court by acknowledging the presence of Jamie Billquist, the widower of Rosemary "Rosie" Billquist, in the courtroom along with family and friends, and by offering his condolence.

The following are selections from Swanson's address to the court:

"As I’ve come to learn, she was loved by everyone who knew her. It is my firm belief that our world suffered a great loss on Nov. 22, 2017. She is and will always be missed by many. [Swanson then turned to the family]. I’m truly sorry for your loss.

In speaking with Jamie about this sentencing, I know he has struggled with whether or not to offer his comments.

This morning he advised me that he is not prepared to say anything this morning. Therefore I speak on his behalf.

We all know this should never have happened, that we should not be here, but we are.

From the first time we discussed his preference for [sentencing] in this case, it became clear to me that this was not about vengeance for him. He wanted the defendant to accept responsibility, to serve some sort of state prison sentence. He made it clear that he did not want to sentence the defendant to prison for a lengthy term, and that speaks volumes about the character of Jamie Billquist. 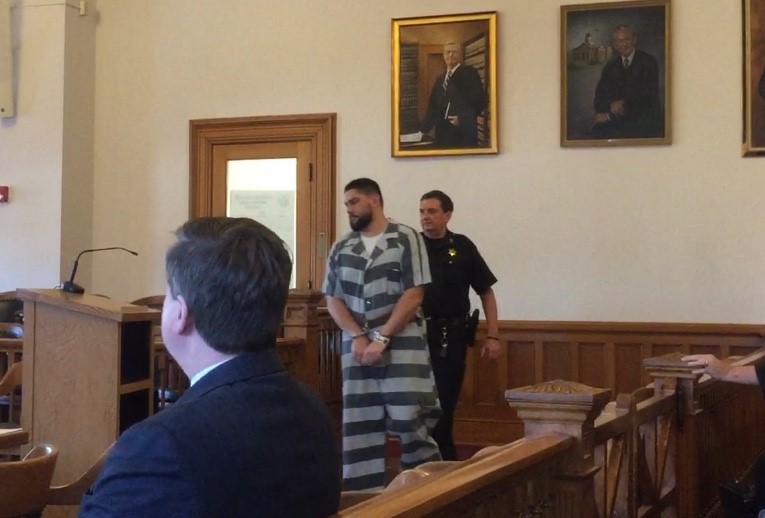 I vividly recall the phone call I received the night before Thanksgiving 2017 – about 7 p.m. I was with my wife, surrounded by friends and family, like so many were that evening.

I was informed of a shooting where a hunter had shot a woman walking her dog, and the condition of the woman was unknown. ...

I asked where it happened, and I was told the Town of Sherman.

I grew up in Sherman. My parents still live in Sherman. In some way I know many of the people that live there. I know most of the firefighters and schoolteachers and staff at the schools. I then asked who was involved. I was told Tom Jadlowski and Rosemary Billquist. I know both families, and as the court knows, many of them are here today.

Shooting incidents involving hunters are typically not committed … with ill intent. … In other words, they involve lapses in judgments sometimes that rise to a criminal level. They require full, complete investigations before decisions are made.

I was there the next day, Thanksgiving, to speak with the investigators. I also met for the first time with Jamie Billquist. I encountered a man in disbelief. To me, he seemed lost, unsure of what lie ahead. It was very cold. Much like today. 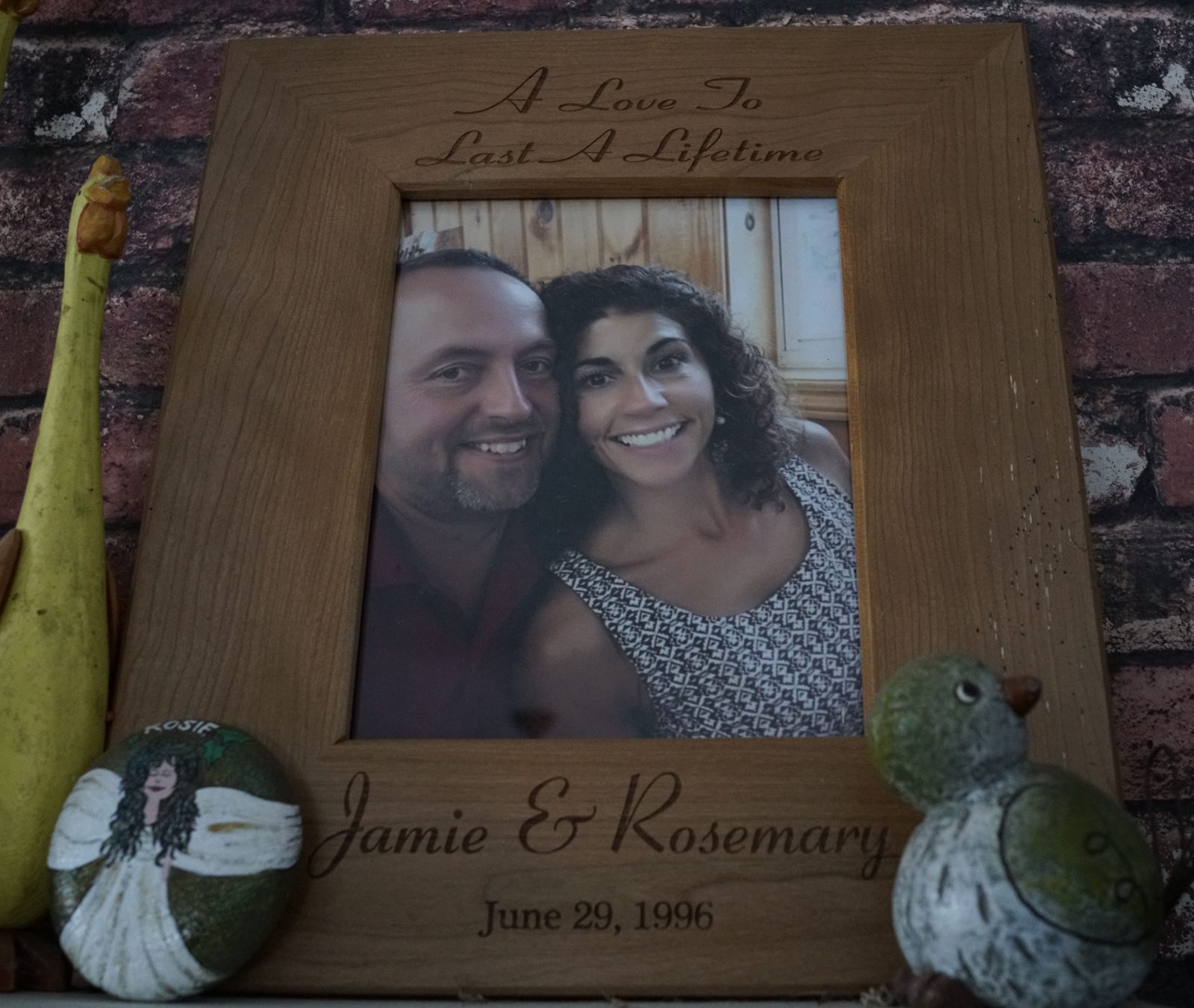 A photograph of Jamie and Rosemary Billquist is displayed in the kitchen of Jamie Billquist's home in Sherman. (Derek Gee/Buffalo News)

I walked to where the shot was taken and I looked where Rosie was, and I then knew that this case involved a criminal component.

Make no mistake. My office has never considered the idea that Mr. Jadlowski ever intended to hurt another human being. The focus centered on what he knew, and should have known before pulling the trigger.

That it is why we are here today. Mr. Jadlowski has entered a plea of guilty to criminally negligent homicide. He admitted that he acted with criminal negligence. He accepted responsibility about what happened. While that will not bring Rosie back, it brings this matter to a close.

As the court is aware, in sentencing materials provided by Mr. Cerrie [Jadlowski's attorney], Mr. Jadlowski was a Boy Scout.

Perhaps he can make plans to engage with the Boy Scouts when he is released. He has a lesson to share. He can influence the future in a positive way. I hope he does that."

Defense lawyer Michael Robert Cerrie’s statement prior to the sentencing of Thomas Jadlowski began with the reading of Jadlowski's apology.

"My client has written this," Cerrie said, addressing Judge David Foley. "He is unable to read it at this time, so I will read it for him."

I would like to say that not a single day does not go by that I do not think about what I have done.

I would like to send my love and prayers to Rosemary’s family.

From Day One, I’ve been advised by law enforcement and my attorney not to have any contact with the victim’s family. I would like to apologize for that. I should have reached out sooner.

Today I would like to say that I am sorry from the bottom of my heart. I know that sorry will not fix what I have done. I just hope that someday you all can forgive me for what I have done.

Cerrie then described Jadlowski’s relationship with his 16-year-old son as “an active participant, active parent and active friend to his son.”

The remainder of Cerrie’s statement focused on Jadlowski’s actions immediately following his shooting of Rosemary Billquist.

"Looking back on this accident, my client had two options after he fired that shot that day.

"As you heard on the 911 call, Mr J attempted to administer first-aid to Mrs. Billquist that afternoon. He called 911. He stayed with her until the first responders arrived. Mr. Jadlowski also answered Rosemary’s cellphone that afternoon, while he was speaking with 911. As the court is aware, that phone call was with Mr. Billquist.

"During that call we hear my client apologize numerous times to the 911 operator as well as Mr. Billquist.

"Your honor, my client will have to live with this for the rest of his life. I feel Mr. Jadlowski is different than most defendants that come before you over the course of your career as a DA or as a judge. You undoubtedly have seen repeat offenders, career criminals. I would venture to guess that you will not see Mr. Jadlowski before you ever again. I ask at this time, that you give the shortest possible sentence you possibly can so my client can be released, so he can see his son graduate high school, so he can return to society and be a productive member of society. Thanks for your time."

Foley then asked if Jadlowski had anything else to add.

Jadlowski shook his head and said, “No sir.”

This is the transcript of Foley’s sentence of Thomas Jadlowski Monday in Chautauqua County Court.

“I agree with you Mr. Cerrie to the extent that in my career in the criminal justice system, as a district attorney and now as the County Court Judge, this is a very unusual case. It’s tragic in every sense. There’s no good result that can come of this in any way.

Of course I could impose a sentence, and that sentence of course would not return Rosemary Billquist to her family, and it’s something that they are going to live with for the rest of their lives. And I’m not sure that I as a judge can successfully give them complete satisfaction in the system.

At the same time, I recognize that you Mr. Jadlowski, I could impose the greatest sentence possible and it probably isn’t anything compared to the fact that you’re going to have to live with what you’ve done for the rest of your life, every day. And I gleaned that from the presentence investigation – for your guilt that’s associated with this.

It’s unfortunate when people talk about accidents, but sometimes accidents rise to the level of criminal culpability; and in this case, I think your actions do denote that you acted with criminal negligence. I know that it wasn’t intentional. I know that you didn’t mean for this to happen.

My sympathy goes out to the family of Rosemary Billquist and everyone involved in this truly unfortunate situation.

It is the judgement of the court that you receive an indeterminate sentence of state prison with the maximum amount of time being three years and the minimum amount of time being one year. There is a $375 surcharge. You have 30 days in which to file a notice of appeal. I remand you at this time to New York State Department of Corrections to commence your sentence. Good luck.”

Sean Kirst: For Sherman man, honoring Rosie's legacy is only 'statement' that counts