The 87-year-old retired Buffalo Public School administrator served in the military during a peaceful period, between the conflicts in Korea and Vietnam.

For Heck, it was a good time to be in the Army.

Aside from the country being at peace, when Heck arrived at Fort Benning, Ga., it had been a little less than a decade since President Harry S. Truman had desegregated the armed forces. African-American soldiers could serve right alongside their white counterparts.

"I enjoyed my military service. I really did not see any overt prejudice or segregation because Harry Truman made sure of it when he wrote that order. When you get an order from the commander-in-chief, the president of the United States, you damn well better obey it. OK?"

Heck said his brother, Rhomie Jr., who is six years older, was not quite so lucky.

"See, my brother was drafted in 1942, I think it was. You had no choice. When you became 18, in his case, automatically, you went in because World War II was on," Heck said.

"My brother fought in a segregated army. I don't think I would have fought in a segregated army, because it's so wrong and so stupid. My brother said the only time he saw white soldiers was when he saw the white officers who were over them in his company. I don't think my temperament would have allowed me to do that," he added.

Heck recalled hearing about his Uncle Harry who voluntarily enlisted in the Army during World War I and served in a segregated unit while stationed in France.

"In France, black soldiers could fight side by side with French soldiers against Germans, but they could not fight side by side with white American soldiers. That doesn't calculate in my head and, if it doesn't, I can't go along with it, I just can't participate in that. I think I would have done a Muhammad Ali," Heck said, referring to the black heavyweight boxing champion who famously refused to be drafted during the Vietnam War in 1967. 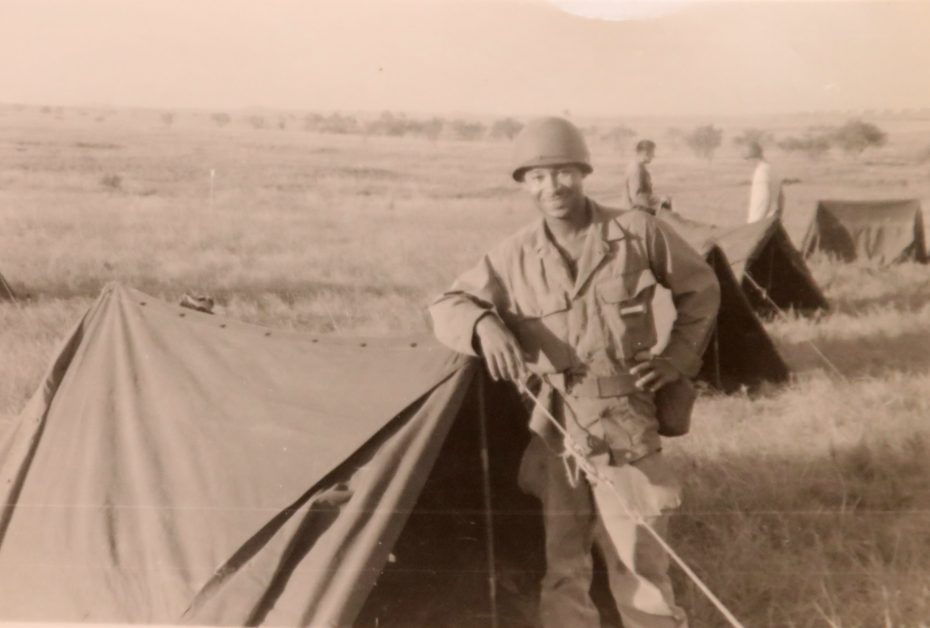 James R. Heck in a photo taken at Fort Sill, Okla., while he was in the U.S. Army. (John Hickey/Buffalo News)

"Or, I would have fled to Canada," he added.

Born in Lynchburg, Va., in 1931, Heck was no stranger to segregation. The youngest of four children, he was raised in Suffolk, Va., until he was 11 years old, when his father, a minister, took an assignment at a church in Carlisle, Pa.. Before the move, Heck said his father sat his children down for a talk.

"He said: 'I want you to know something. You're not going from Suffolk, Virginia, to the land of freedom, where black folks are free to do whatever they want.' He said, 'there isn't much difference between Suffolk, Virginia, and Carlisle, Pennsylvania,' and he was absolutely right," Heck recalled.

"At West Virginia (State), you had to spend your freshman and sophomore years in Reserve Officer Training Corps, ROTC. That was required for male students," Heck said.

"Then, after spending two years in the ROTC, you might as well go ahead do the other two years and graduate with your commission as second lieutenant. You get your second lieutenant bars and your degree at the same time. My degree was in business administration," he said.

After graduating from West Virginia State College in 1955, he was assigned to the 39th Field Artillery Battalion at Fort Benning. Heck was able to enter the Army as a junior officer.

Right before he entered the Army, Heck had married Shirley Johnson of Buffalo, who he had met at West Virginia State.

Heck never served overseas while in the Army. After his discharge in 1957, Heck and his wife settled in Buffalo.

Heck spent two years active duty in the Army Reserves after his discharge.

"I had to serve another 6 years, either in the active reserves or inactive. I chose not to be active, but I could have been called back to war, back to duty, anytime during that six-year period. That was a part of my contract as result of my participation in ROTC and becoming an officer," said Heck.

"That was a good plan, because you had a ready-made Army waiting. All you had to do was reactivate them. A lot of my friends stayed in the active reserves while holding another job," he added.

After a stint operating a grocery store and selling real estate, Heck earned degrees in elementary education from Buffalo State College and began teaching at School 78, before becoming director of  school integration for the Buffalo School District in 1972.

During that period, Heck remembered meeting the Rev. Martin Luther King Jr. when the civil rights leader spoke in 1967 at Kleinhans Music Hall.

Heck said he believes everyone between the ages of 18 and 25 should be be required to spend some time serving in the military.

"Including the sons of the top 2 percent and 10 percent, or whatever," said Heck.

"There should be no outs for anyone. You shouldn't be able to buy your way out of that service. The reason I feel that way is because that's what you call equality. People of different races, backgrounds, ethnicities get to know each other. It's such a pattern for life. You'd have less racial strife, in my opinion. You would learn discipline. You would learn duty, and you would learn about other people," Heck added. 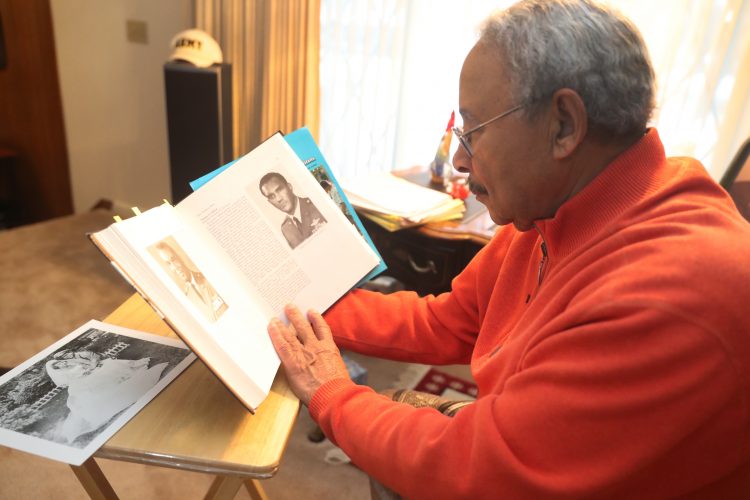