The Mighty Wurlitzer of Shea’s Buffalo was first played on Jan. 16, 1926, for the theater’s grand opening. Decked out with 7,000 electric lights, the city’s newest entertainment showplace welcomed hundreds of guests who watched a silent movie and experienced the majesty of the supersized Wurlitzer.

The pipe organ was hand-picked by theater mogul Michael Shea as the signature instrument for his newest movie house. It remains the lone surviving Wurlitzer “285 special” in the world, and to this day could be entertaining theatergoers before performances at Shea’s Performing Arts Center.

But in December, the same month theatergoers turned out in droves for 24 packed performances of the acclaimed musical “Hamilton,” the Wurlitzer was silent.

“When I was at Shea’s in mid-December after Hamilton’s run, it was barely playable," said Allen Miller, 77, a theater organ restoration technician who had worked on the organ for decades and regularly travels seven hours from his Connecticut home to do so. "It sounded like a singer with a cold. It was not concert-ready, it leaked air so badly."

Fifteen miles away, another Wurlitzer resides at the Riviera Theatre in North Tonawanda. Half the size of the pipe organ at Shea’s, it could be its sibling. Both organs were built as show models in the Wurlitzer factory, not far from the Riviera. Both made their stage debuts in 1926.

But organ experts familiar with both Wurlitzers agree there’s a world of difference between how each are maintained. And as each instrument is nearing the age of 93, the pampered Wurlitzer at the Riviera is acing the test of time. 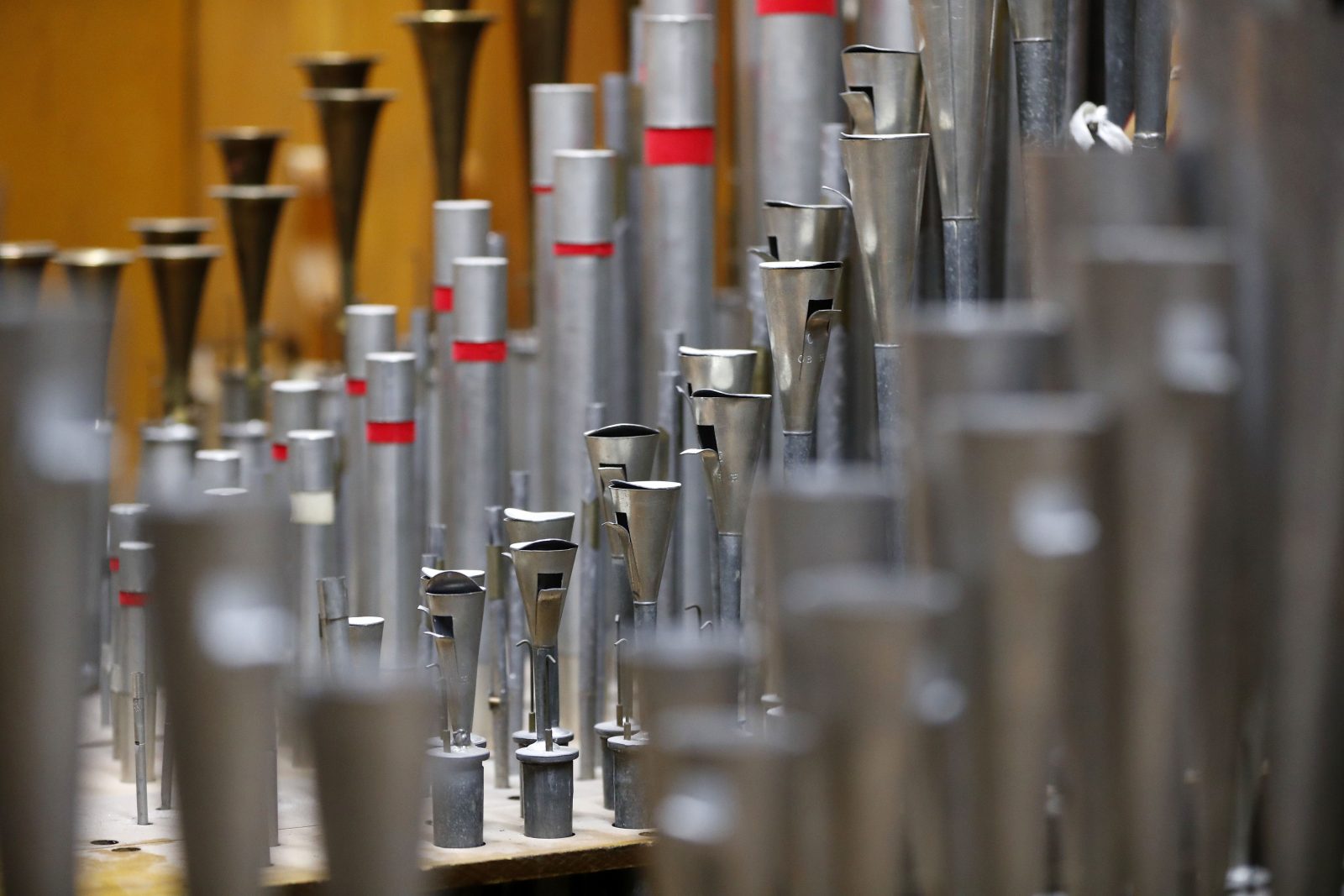 Some of the pipes of the Mighty Wurlitzer organ at Shea's Performing Arts Center. (Mark Mulville/Buffalo News)

“It’s a spectacular moderate-sized organ,” said Clark Wilson, pipe-organ builder and technician who revoiced the Riviera organ in 2008. “It also was a show organ and received every bit of care so potential customers could see and hear it. The organ is used virtually with every performance at the Riviera with few exceptions. They have kept the mechanism in pristine condition.”

Both Wurlitzers will share a global spotlight this summer, when 500 organists from around the world will visit as part of the American Theater Organ Society’s annual convention in Rochester. The six-day event will include side trips to area theaters to offer attendees the chance to hear and play the region’s finest pipe organs.

That gives Shea's a few months to reverse what Miller called “benign neglect.”

“Our main focus right now is getting the organ ready for the national convention," said Bill Hedrick, Shea’s production manager. “Our goal is to have the instrument in the best shape it’s ever been.”

The theater designed in an Italian Renaissance style opened in 1926, but it celebrated its second coming in 1989, when a group of volunteers called the Niagara Frontier Theatre Organ Society purchased the building for $75,000 to rescue its Wurlitzer, said Neil Lange, a member of the Riviera Theatre Board of Directors.

Lange’s parents – Donald Lange, retired chief engineer at WNED-TV, and mother Thelma Lange – played a critical role in saving the deteriorating theater and its organ. Their actions ignited others to join in the restoration effort that continues today.

The rebirth of the Riviera organ evolved over three stages, beginning with its computerization in the ’90s, said Lange. In 2008, the organ was revoiced by Wilson. The 61-year-old technician traveled back and forth from East Liverpool, Ohio, during the eight-month $100,000 restoration, said Lange. 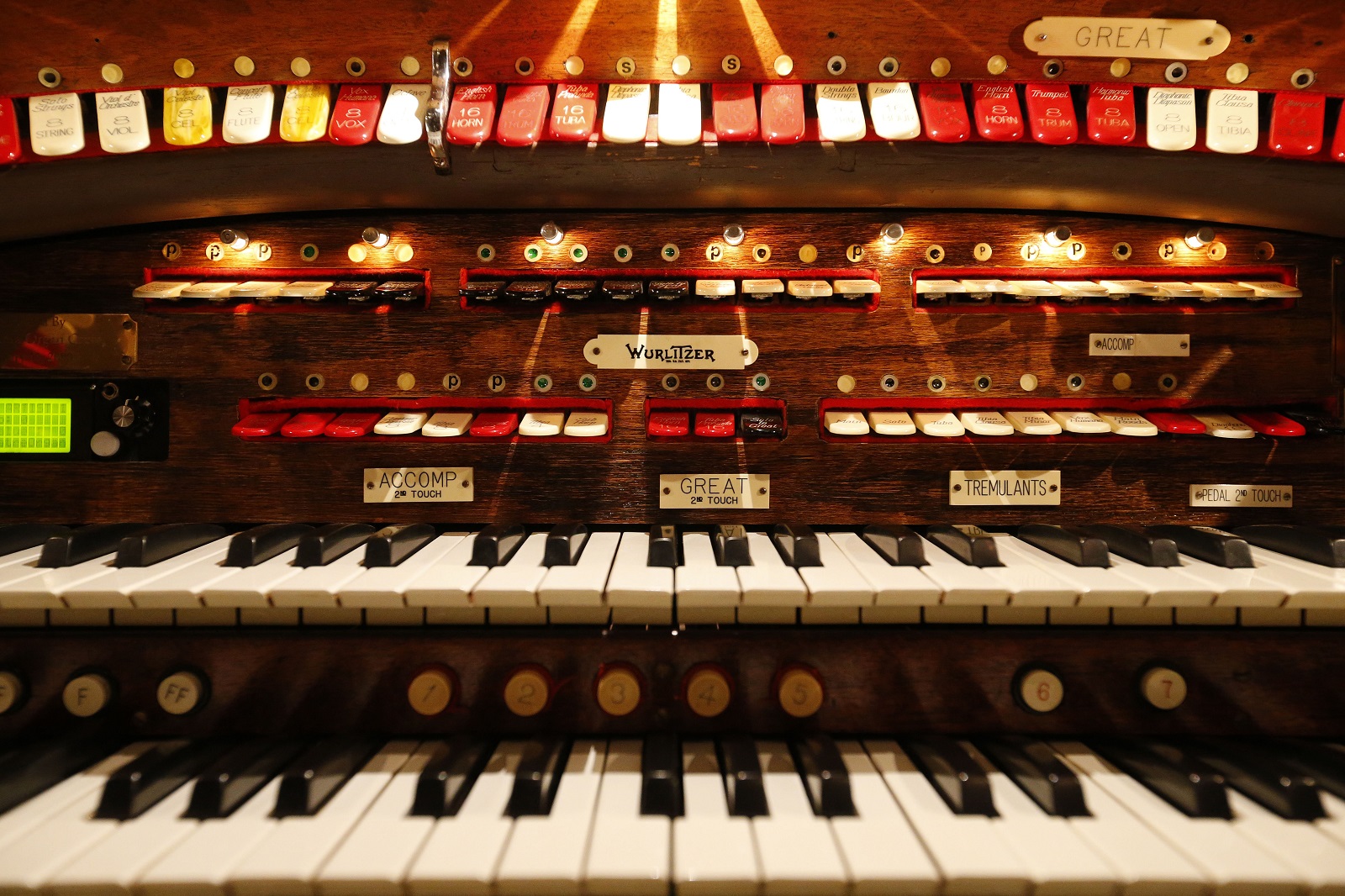 The rebirth of the Mighty Wurlitzer organ at the Riviera Theatre evolved over three stages. (Mark Mulville/Buffalo News)

“Over the years, the organ grew unwieldy and unmusical with the addition of non-Wurlitzer pipes," Wilson said. "We took the organ back to what it was originally. We made it sound like a Wurlitzer again.”

Over time, another more specialized volunteer group dedicated to the organ emerged. Members meet twice each week to tend to it. The key to a happy Wurlitzer is consistent playtime.

“If you don’t make it your mission to feature the Mighty Wurlitzer, it will go away,” said Lange. “The organ is played 30 minutes before each performance. We also have six regular concerts featuring the Wurlitzer, one every other month.”

The mesmerizing sounds of a pipe organ are enhanced by the quality of space it occupies, organ experts said.

“The organ plays the building by moving the air, the floor and the walls,” Wilson said. “The whole building is a sounding board, and when the sound gets to you, it’s just like an infection that gets in your blood. People have it all their lives.”

When the Wurlitzer was installed during a six-week period culminating in the grand opening of Shea’s, the published purchase price was $72,500, according to the late historian Charles W. Stein. That price converted into current monetary value is about $1 million.

World War II brought a stop to the regular maintenance required on the large instrument, according to Stein. Coal heating caused additional damage to the organ pipes, some of which extend 32 feet in length and jut through the ceiling into a another floor, said Stein, who researched the organ’s history for the theater.

The Mighty Wurlitzers were created to be played during silent movies. It was like placing a symphony orchestra in the hands of one musician, said Miller, the organ repairman.

In 1964, when ATOS organists had their convention in Buffalo, the Shea’s Wurlitzer was “held together by baling wire and rubber bands,” according to the report prepared by Stein. The damage occurred after the theater’s roof popped a leak and created a scene that Miller won’t soon forget. 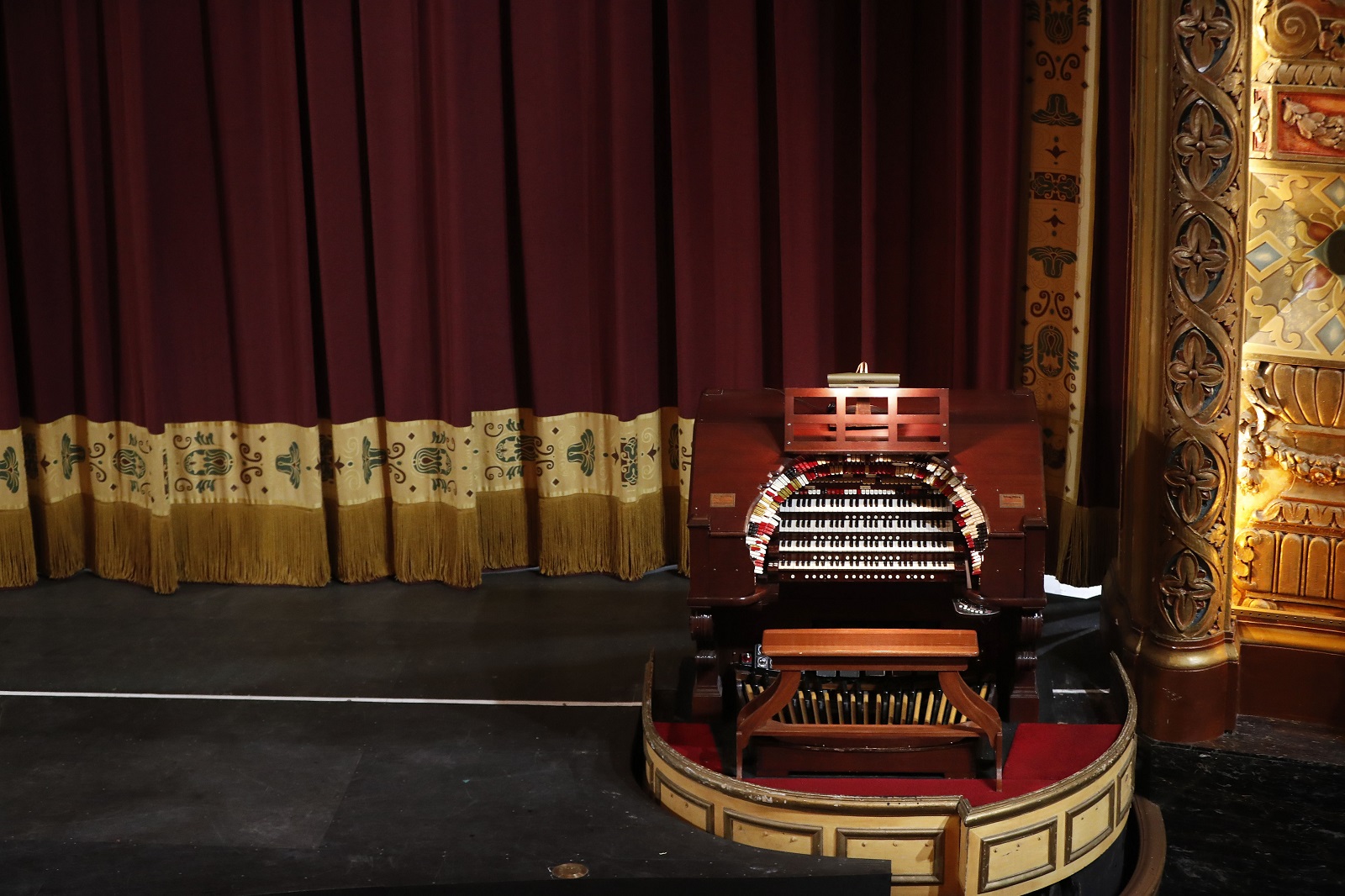 “There were mushrooms growing in the organ chambers,” recalled Miller. “I’ve been with the Shea’s organ since it was water-soaked pile of rubble.”

Miller was hired by the Friends of Shea’s Buffalo in 1976. From 1984 to 2006, he was under contract with the City of Buffalo, he said. Such an arrangement makes sense with an instrument like a Wurlitzer, said Paul A. Law, president of the Rochester Theater Organ Society.

“Pipe organs are interesting creatures,” Law said. “Every organ needs some work on it. It’s like your car. You don’t keep on running it to the ground. An organ needs routine maintenance. It has thousands of moving parts.”

“It’s an original and has been maintained and survived the very dark years of Shea’s,” Murphy said. “A lot of care and dedication and money have gone into it, and to have it ranked as highly as it is, is quite extraordinary. A lot of smart people in Buffalo who saved the theater way back when were smart to make sure the organ survived, too.”

A report issued by a team of ATOS officials who visited the Shea’s Wurlitzer in April 2018 found some areas of the organ to “perform flawlessly” while other places required immediate attention. The report also indicated that “serious repairs” may be necessary, particularly in the console area – the part of the instrument occupied by the organist.

“I can only urge you that this important instrument deserves the attention of the city, the board of directors and the management of Shea’s Buffalo,” stated Ken Double, former ATOS president who compiled the report.

Still, Double was glowing in his praise for the historic instrument: “I cannot emphasize to you in any stronger terms the ‘gold standard’ of theater pipe organ that sits in those chambers at Shea’s Buffalo. It is not simple hyperbole, but fact. … Restore and maintain what you have,” Double stated. “There is nothing like it in any theater in the world.”

At the end of January, a step-by-step inspection of “every key, stop and pipe” will be conducted by Wilson and Jason Klinger, 41, an organ technician and full-time electrician who was added to the Shea’s team of consultants.

They will be working on one of fewer than 30 theater organs remaining in their original homes, where in the 1920s they numbered an estimated 10,000.

“It’s a graphic illustration indicating how few have survived," Miller said, "which makes the Wurlitzers at Shea’s and the Riviera historically important.”