That odor you smell downtown may not be just Cheerios anymore.

State lawmakers haven't even introduced legislation to legalize recreational marijuana, but a California company is already fielding a plan for a pot-growing farm on part of Buffalo's waterfront.

The company, Zephyr Partners of San Diego, is proposing to build a high-tech "cannabis campus" for growing both recreational and medicinal marijuana at the Buffalo Lakeside Commerce Park in South Buffalo, just east of Route 5.

The firm – led by Brad Termini, son of Buffalo developer Rocco Termini – is hoping to get ahead of its competitors nationwide by securing a foothold in an industry that is expected to soar statewide once marijuana is fully legalized. The ambitious project would include not only significant cultivation of weed, but also facilities to manufacture specialty products from the oil and conduct medical research.

"It’s important to note that being a first-mover in this industry is very important in gaining market share and presence," Termini said.

On Friday, Termini took a significant step toward making those plans a reality. The Buffalo Urban Development Corp. – the quasi-city agency that owns and runs the business park – agreed to sell eight parcels totaling 72 acres of land in the commerce center to Zephyr and its marijuana affiliate, Flora California Prime Inc.

The purchase price is $1.9 million. That's $42,500 per usable acre, as the property includes wetlands.

There's still no guarantee that this proverbial "field of dreams" will come to pass. Growing marijuana remains restricted to a limited number of medicinal operations, and the Lakeside Commerce Park project won't advance unless the State Legislature passes a law legalizing cannabis-growing operations. As a condition of the sale, BUDC is not obligated to complete the sale unless the state changes the law by year's end.

Zephyr also must seek a property-tax break from the Erie County Industrial Development Agency so it can participate in the Buffalo Brownfields Redevelopment Fund, and it must prove it has sufficient financing. BUDC can still repurchase the properties if Zephyr can't secure all permits and approvals within 30 months of closing. The project must go through municipal review. 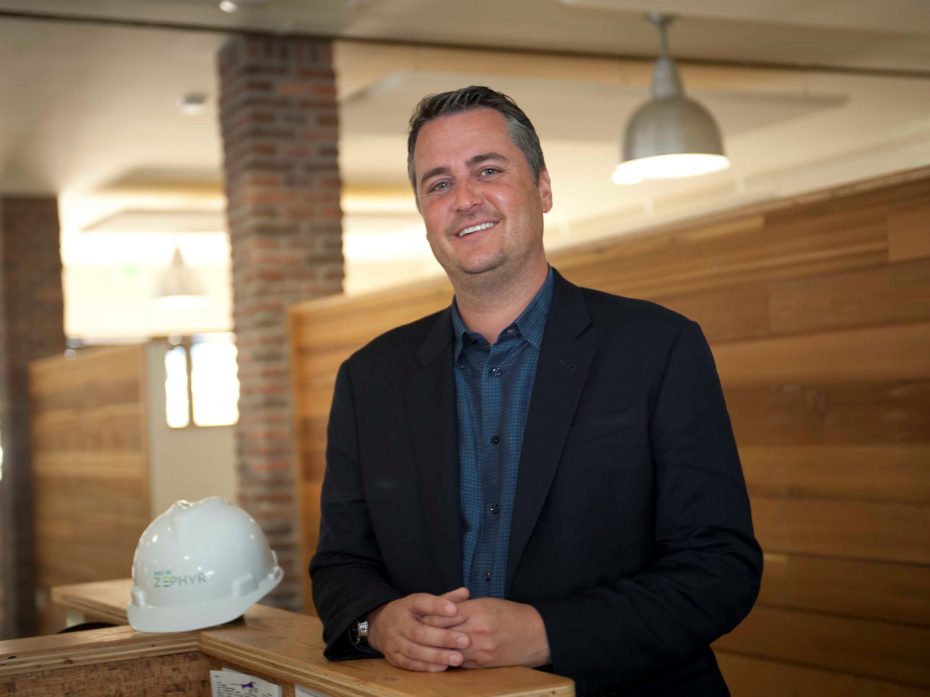 Still, both Termini and city officials expressed high hopes for the project's potential. “The sale of this land positions the City of Buffalo to be on the leading edge of the potential passage of recreational marijuana in New York State,” Brown said. “We don’t think it’s premature. … We think it’s wise.”

"The governor and the legislative leaders have signaled that this is a top priority for this legislative session," said Termini, adding that he expects approval by June. "Once legislation is approved, every cannabis company in the country is going to be looking to locate somewhere in the state."

If legalized marijuana turns into a big business in New York, Termini estimated that the Lakeside Commerce Center project eventually could become a huge undertaking, costing $200 million to develop a facility that can cultivate as much as 1 million square feet of cannabis and also house a research and development operation.

If that were to happen – and it's a big if at this point – the company estimates that it could employ 800 people locally.

Termini noted that Southern Ontario is already a large marijuana-producing region, with five publicly traded companies valued at more than $1 billion in all that didn’t exist three years ago. 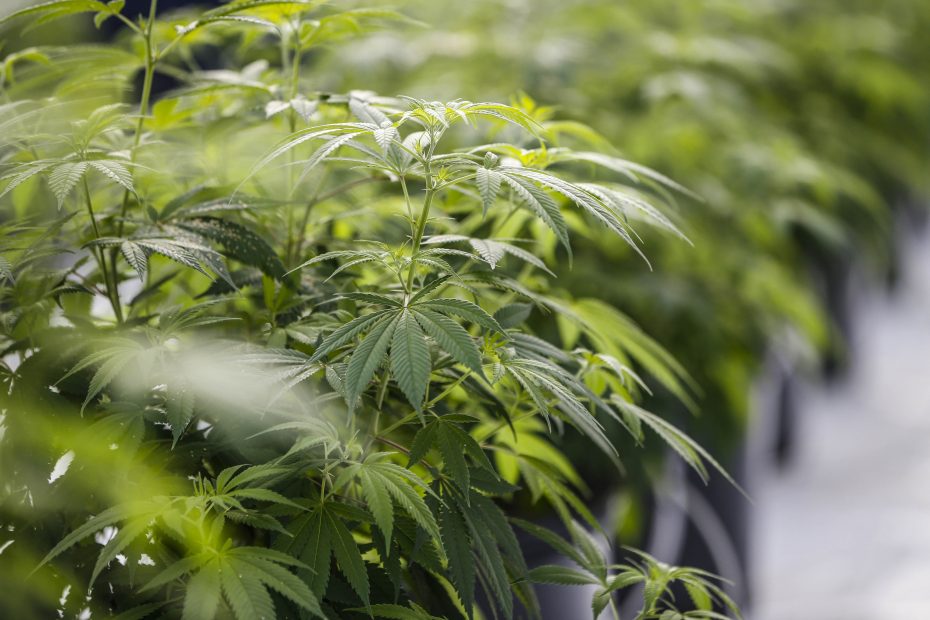 “It’s an ambitious project,” said Termini, who is also a co-founder of Flora. "We think that creates an incredible economic development opportunity for the City of Buffalo and job opportunities for its residents."

Plans call for a a facility that would occupy 47 acres of land at several sites on Ship Canal Parkway and Laborers Way.

Upon completion, the complex would include 1.25 million square feet for cultivation, production and research. That would include an extraction laboratory to take the oil out of the plant and produce balms, creams, pills, transdermal patches and other health and wellness products that "you would see in Whole Foods or GNC," Termini said.

"The cannabis industry has evolved significantly over the last five years," Termini said. "It’s a lot more than smoking joints."

As part of the agreement with the city, Brown said, Zephyr also agreed to a standard "community benefits" package, including commitments that at least 25 percent of the contractors and employees on the construction will be minority or minority-owned and that at least 5 percent will be women. The firm also agreed to a target of 75 percent local workers, with preference for city residents, and all jobs will be paid a "living wage," as set by the city, the mayor added.

Additionally, Brown added, the project will include "incubator" space for Buffalo entrepreneurs and a vocational job-training center. Erie Community College will develop a curriculum to train local workers in the field, positioning the school as the leading U.S. educational institution to do so.

Termini said that Flora will be partnering onsite with Roswell Park Comprehensive Cancer Center on research to create "proper formulations of cannabis strains to treat symptoms from chemotherapy drugs."

"The idea is if you can treat the symptoms of the chemo drugs, patients could withstand longer treatment cycles of chemotherapy and they could more effectively treat cancer."

The marijuana project marks an unusual entry into the Western New York market for Termini, whose father is known for his real estate development and historic renovation projects in Buffalo, including the Hotel @ the Lafayette. The younger Termini, who got his own start working as a construction laborer for his father, left for California in 2003, working first for an established developer before striking out on his own with Zephyr in 2008.

"You kind of learn by osmosis when you’re around my dad your whole life," he said. 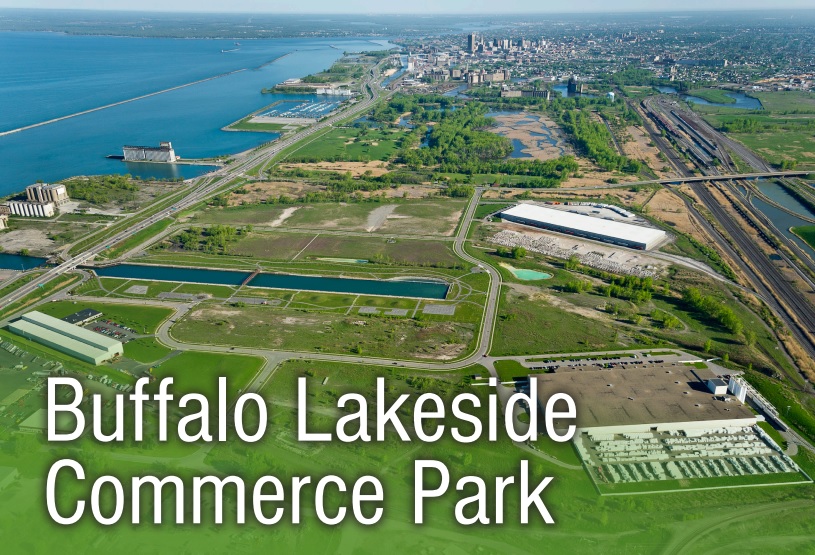 Zephyr today focuses on luxury residential and hotel projects, particularly in Southern California, with an emphasis on San Diego, Orange, Riverside and Monterey counties. The company has a $2 billion development portfolio with 15 projects, but Termini recently decided to start looking for development opportunities in his hometown.

"We’ve always entertained the idea of trying to get back to Buffalo and do something in our hometown," Termini said in an interview last year. "We’re exploring a lot of different ideas. We don’t want to have any barriers to the opportunities we’re looking at. We’re leaving the door pretty open."

Termini said Friday that he “became heavily involved” in marijuana four years ago, and Flora is one of the largest holders of cannabis licenses in California, with a portfolio of five cultivation and processing facilities totaling about 350,000 square feet. And next month, he added, the firm is opening a cannabis factory on 25 acres in California.

“So we’ve been very active in the space,” he said. “Four years in this industry leaves you as one of the most experienced. In any other industry, you’d still be a rookie.”

The project was approved unanimously by the BUDC Board of Directors after a 35-minute "executive session" that was closed to the public – even though the terms of the agreement had already been finalized and the agency had been discussing the project for months. Zephyr first approached the city's Office of Strategic Planning and BUDC about five months ago, and it explored multiple locations before settling on the South Buffalo site.

Formerly a brownfield site, the former Union Ship Canal area was redeveloped by the state, city and county with more than $30 million in investment for site preparation and infrastructure.