This is the next piece in a series analyzing the Bills' most significant questions entering the offseason. Part 5: What could the offensive line look like next year?

Whether Dion Dawkins lines up at left or right tackle next season is a critical decision, but it may be the least of the Bills’ problems when it comes to addressing the offensive line.

Buffalo could have as many as four new starters tasked with protecting Josh Allen and opening running lanes for LeSean McCoy next season, with Dawkins the only player guaranteed to return to a starting role in 2019. The Bills’ offensive line graded 19th in the NFL in pass blocking and 31st in run blocking this season, according to Pro Football Focus, as McCoy struggled through his worst season as a pro.

“Having a good O-line is a sum of the parts,” Bills General Manager Brandon Beane said. “You can have three or four really good (players), but if they’re not jelled, it doesn’t matter who you’ve got. Our line individually, there’s some guys that have played a lot of snaps and have been on some good O-lines, even here, that have rushed for a lot of yardage. But this year, we weren’t able to jell. We recognize that, and we’ll continue to work on improving that. We’re going to try to bring in competition like we’ll do across the board and we’ll try to improve that. We have to be honest.” 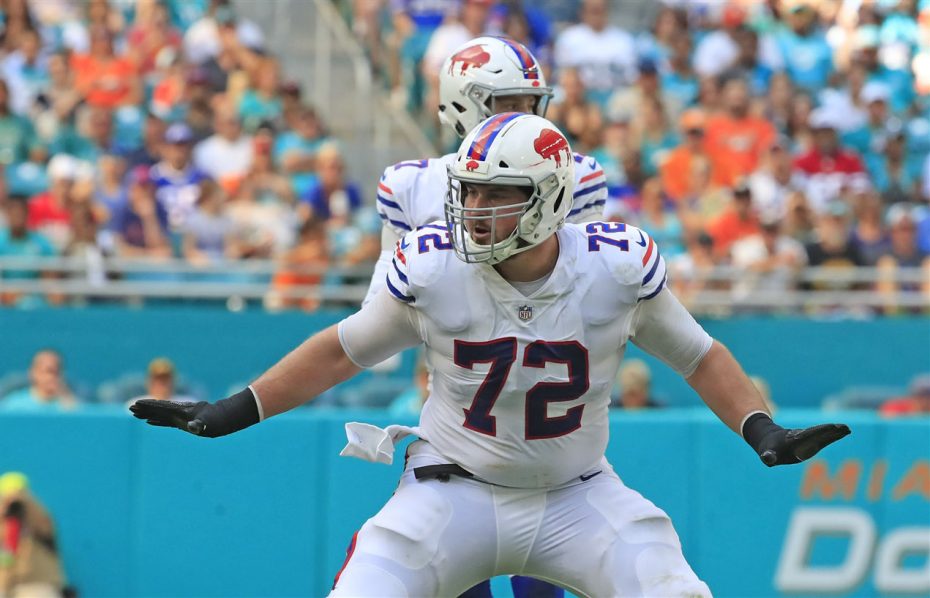 Ryan Groy is an unrestricted free agent and may not return. (Harry Scull Jr./News file photo)

Teller will return next season but isn’t guaranteed to start.

The same likely goes for veteran center Russell Bodine, who opened the season as Groy’s backup but wound up starting 10 games until a season-ending broken leg in Week 13.

The Bills have six offensive linemen under contract for next season; five if they move on from Ducasse.

The group includes Dawkins, Teller, Bodine, undrafted rookie guard Ike Boettger and tackle Conor McDermott, who spent most of the season on the practice squad.

Teller said he improved considerably while starting the final seven games of the season, and that consistency along the offensive line can be more important than talent.

But this offseason, the Bills’ shakeup along the O-line extends to the coaching staff. 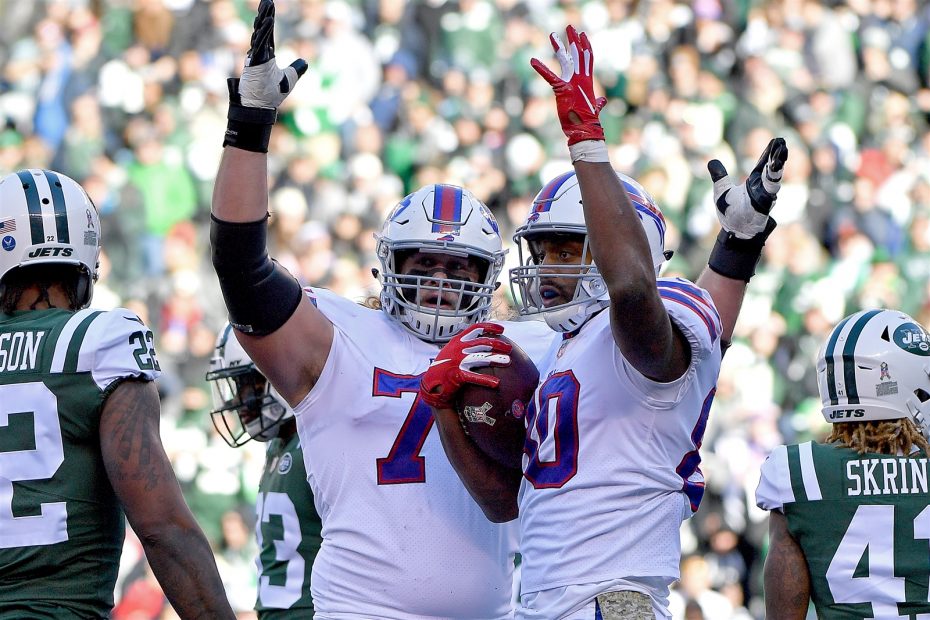 Buffalo must replace offensive line coach Juan Castillo, who was fired despite a dearth of talent in 2018 after the Bills failed to adequately address the loss last offseason of Pro Bowl guard Richie Incognito, veteran center Eric Wood and the trade of left tackle Cordy Glenn.

The Bills are projected to have more than $84 million in salary cap space this offseason, the third-most in the NFL, according to spotrac.com, and 10 draft picks, their own in each of the seven rounds and additional fourth-, fifth- and seventh-round selections.

Their first-round pick is the ninth overall.

That’s a tremendous amount of firepower, but Beane said the team will be “judicious” in free agency.

Should the Bills go after veteran offensive linemen, they’ll have options. 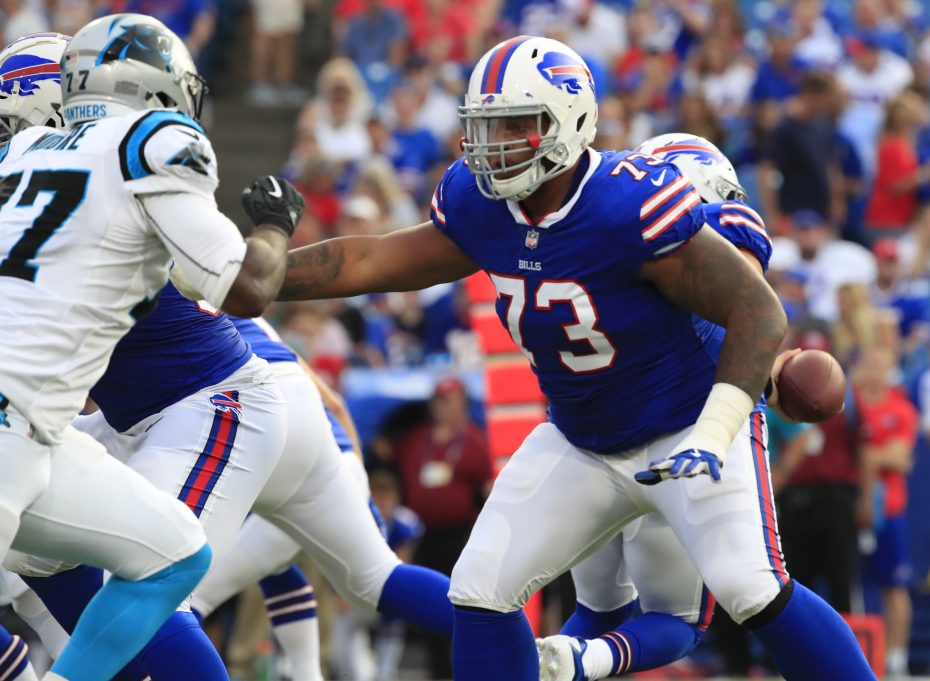 Dion Dawkins is the only player guaranteed to return to a starting role in 2019. (Harry Scull Jr./News file photo)

Denver’s Matt Paradis may be the top center on the market. Paradis, 29, fractured his fibula in November but started every game the previous three years, including the Broncos’ Super Bowl 50 victory against Carolina, when Bills coach Sean McDermott was the Panthers’ defensive coordinator and Beane served in the Panthers’ front office.

Top options at tackle could include New England left tackle Trent Brown, Chicago right tackle Bobby Massie and Carolina right tackle Daryl Williams, a former fourth-round pick who has a connection to Beane and McDermott. Williams, 26, was named second-team All-Pro in 2017 but missed most of this season with a knee injury.

Top guards available in free agency may include the Rams’ Rodger Saffold and Seattle’s D.J. Fluker.

“We definitely want to fill holes in free agency,” Beane said. “I think I’ve said it before – you use free agency to help you so you’re not going to the draft in April with all these holes and now you (have to draft) for need. I promise you drafting for need is a mistake that can set franchises back, and I’m not going to do that as long as I’m in charge here.”

Those who could play guard or center and may be worth an early pick include Texas A&M’s Erik McCoy and Ohio State's Michael Jordan.

“As you’ve heard me say before, the game is won or lost up front,” McDermott said. “I thought (in the season finale) we did a good job in winning the line of scrimmage on both sides … but not enough throughout the season, in particular, on the offensive side. That’s an area that we have to look hard at this offseason.”