A few generations ago, a preponderance of the families immigrating to Buffalo arrived from Italy, Germany and Greece. As they settled in and opened business to support their families and feed their new community, the city’s restaurant landscape evolved.

In the last decade, Burmese immigrants, more than any other nationality, have added new flavors to the Queen City’s melting pot. More than a dozen Burmese restaurateurs have opened businesses in and around Buffalo, including Lime House on Evans Street.

Like Buffalo’s first Burmese operators, Sein Win got his start in America rolling sushi in a Wegmans. Now his wife is in the kitchen, he’s rolling his own, and his daughters are taking care of customers.

With a menu of Japanese classics like sushi and ramen noodle soups, Burmese basics and housemade desserts, Lime House carries on the proud American tradition of newcomers making it by sharing their flavors with the neighbors. 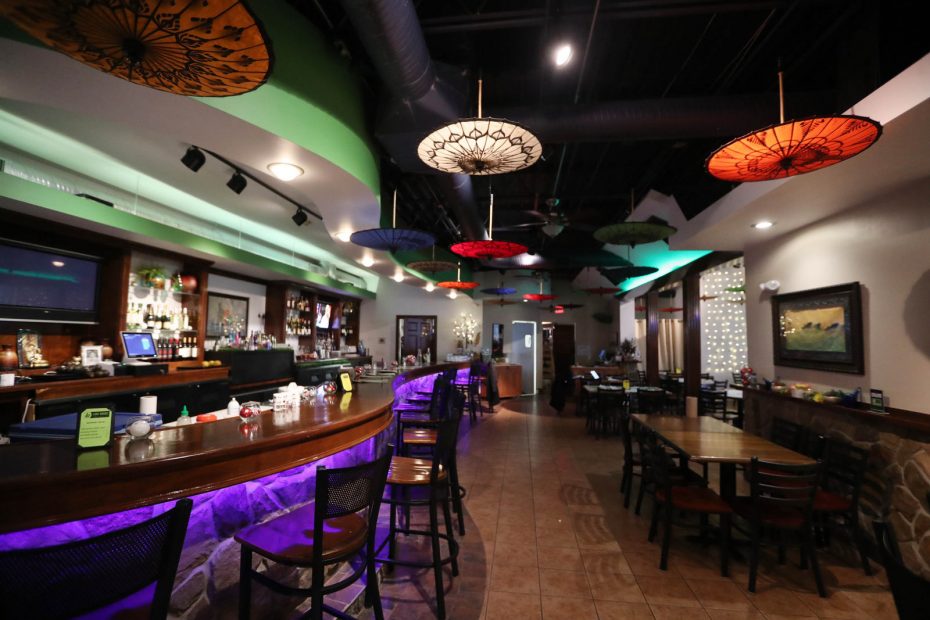 The place is in the Evans Street strip that might as well be called the United Nations of Cuisine Plaza, where its neighbors include Mexican, Chinese, Indian, Lebanese and Korean places. Formerly Blu Martini Bar, the soaring space is now home to a colorful flock of paper umbrellas.

Regular rolls of raw or cooked seafood or vegetables in rice and seaweed cylinders run from $4 to $7. More elaborate rolls, decked out in two or three kinds of seafood, drifts of crunchy crumbs, and squiggles of sticky sauce, run from $13 to $20.

Tiger in Grass ($13.95) offered poached and tempura-fried shrimp rolled in rice with avocado, glazed with sweet teriyaki, with crunch from a sprinkling of tempura crumbs and verdant undertones from scallions. Its sweet-savory-crunchy combination made it a solid choice for people wary of raw seafood. 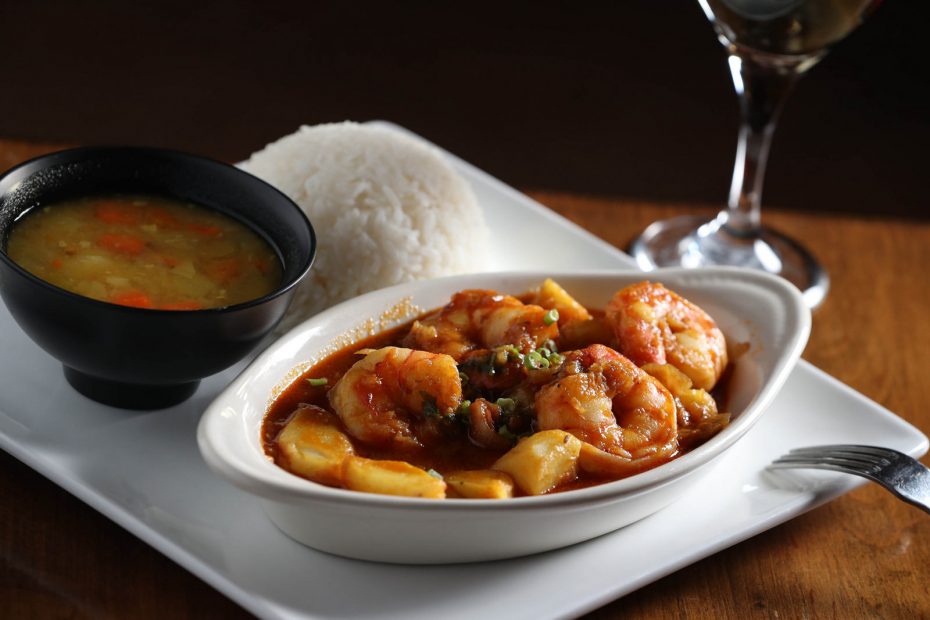 Vegetable tempura ($8, photograph at top of story) was a Japanese dish that scored. Sliced zucchini and broccoli spears were dipped in batter and quick-fried for the pleasure of crispy exteriors and tender insides.

As usual with our Burmese-Japanese restaurants, the Burmese offerings moved me more. Lime House’s Burmese salads in particular were outstanding. As spaghetti and meatballs and chicken souvlaki made their way into mainstream Buffalo diets through their ubiquity, I hope they are one day joined by tea leaf salad.

It starts with fermented leaves of the same plant that is otherwise dried for tea-making. If that sounds weird, think of it as a sort of kraut. That tangy vegetation is tossed with shaved fresh cabbage, diced fresh tomato for juiciness, and a welter of fried beans and nuts for crunch. Seasoned with garlic oil, fried garlic and sesame seeds, it might be the most pleasantly confusing salad in town. Lime House’s version ($8) comes on a layer of field mix for even more vitamins. Fans of the sweet spiciness of fresh ginger should thrill to a similar salad ($8) that uses shaved ginger root instead of tea leaves. 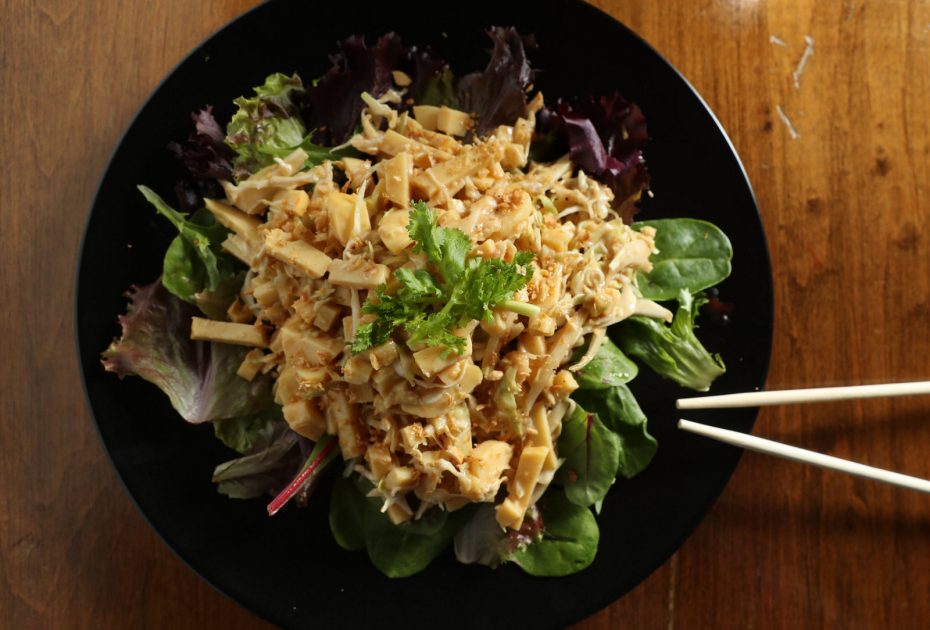 Another salad, made with housemade tofu, was the most revelatory dish of the night. Win’s wife Thet Thet, who does the Burmese dishes, makes Shan tofu. It’s based on channa, a type of chickpea, instead of soybeans. It’s creamy and tender, remarkably like fresh cheese.

Sliced, battered and fried in tofu tempura ($7), it’s a friendly little snack. As the foundation of a salad along the lines of tea leaf salad – with fresh cabbage, scallion, peanuts, fried shallots – it’s a splendid vegan experience. 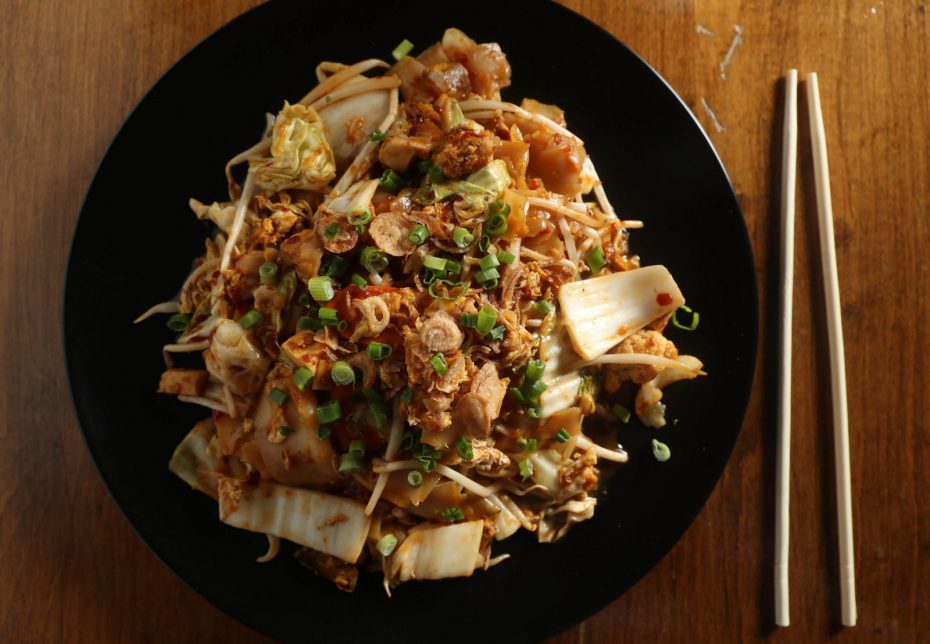 Burmese curries, meat and seafood in dank, tingly sweet sauces of caramelized shallots, ginger and spices, are more about protein than gravy. Curries with tender bone-in chicken ($12), plump shrimp ($16) and chunks of pork ($12), come with rice and a bowl of well-seasoned lentil vegetable soup.

As a restaurant, Lime House is underpowered in some ways, as in weekday cocktail service. Ordering a gin martini, I declined an offer to include tonic. The drink came salty as the sea. After making inquiries, I explained that it’s typically gin and vermouth, not gin and olive brine. The replacement was decent. 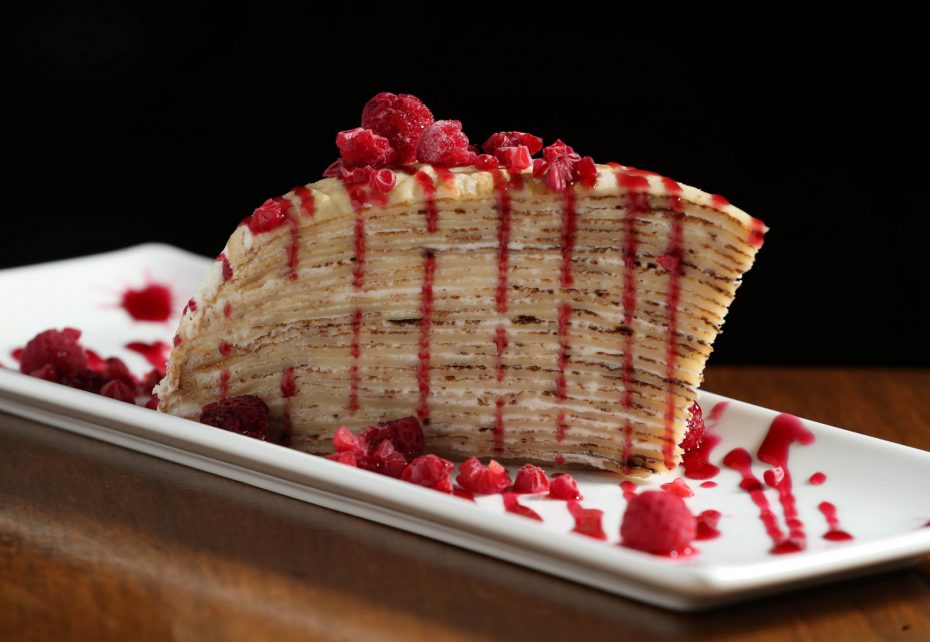 Dessert includes an adorably homey housemade crêpe cake ($8), 23 or 24 crêpes separated by pastry cream, accented with raspberries. Before we left, our server brought another wedge of that cake, gratis, to a guest who had enthused over it. “Merry Christmas from Lime House” was written on the container lid, with little hearts dotting the “i”s.

Most of Lime House’s menu is literally foreign, but what translates is the family touch, and the chance to experience a slice of the American dream, wrought in pastry cream. 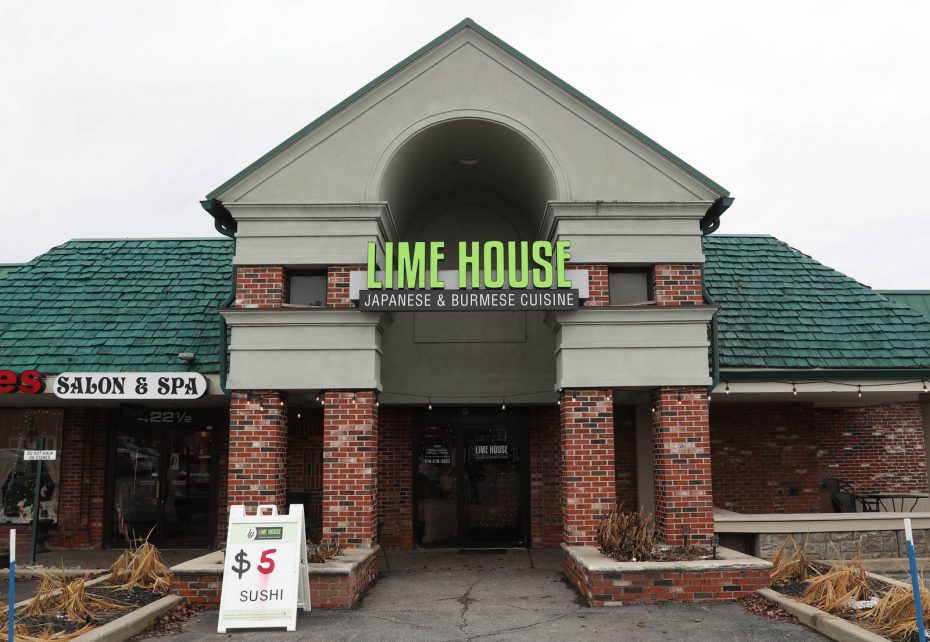