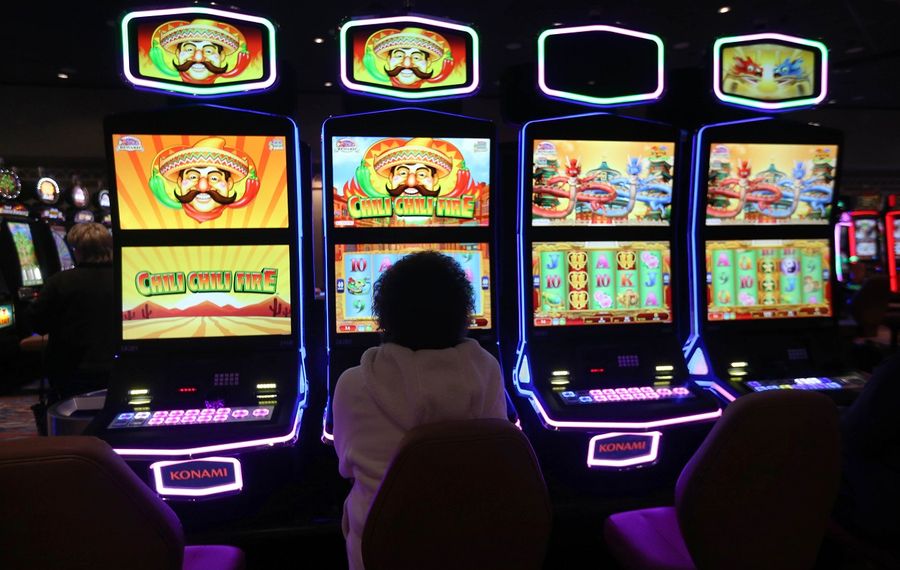 ALBANY – An arbitration panel named to settle a major financial dispute between the state of New York and the Seneca Nation has ruled that the tribe was wrong in 2017 to halt more than $100 million in annual casino revenue sharing payments to the state.

By a 2-1 vote, the panel said the tribe needed to continue making annual payments on slot machine revenues from its three Western New York casinos after the 14th year of its compact, originally signed in 2002.

It is uncertain how much money the Seneca Nation will be required to pay back to the state under the terms of the arbitration order, but it could be about $200 million.

The tribe stopped making the payments just when the state was starting to put together its annual budget in spring 2017, saying that the wording of the compact did not specifically provide for a percentage payment level of slot machine revenues that the Senecas had to send to Albany each year.

The tribe was given broad casino gambling exclusivity rights in the original compact in return for sharing 25 percent of slot proceeds with the state. New York, in turn, shared a portion of that money with localities, some of which, like the City of Niagara Falls, came to heavily rely on the annual flow of money.

Niagara Falls Mayor Paul Dyster said in an afternoon news conference that he was "thankful" for the panel's ruling.

"We felt very confident there would be a positive result in the arbitration. ... I can't say I'm surprised by this," he said.

Dyster says he expects a lump-sum payment, with a total to be determined. Buffalo Mayor Byron W. Brown said he is confident the city will receive about $17 million as a result of the ruling. He said he assumes that next year’s city budget will include a payment, but he does not know when Buffalo will get the money.

“I would suspect that it will work with the state’s fiscal year, which will be good timing for the City of Buffalo and will come into the city according to our budgetary projections,” he said.

At stake in Casino hearings: $110M in revenue for NF, Salamanca and Buffalo

Gov. Andrew M. Cuomo has insisted from the start of the dispute that the Seneca Nation breached the terms of the casino compact.

Seneca Nation President Rickey Armstrong Sr., who dismissed the panel’s ruling, said the tribe believes that its financial obligations to the state were met and ended in 2017.

“While we know we are right on the law, we also knew that making that argument to an arbitration panel gave no assurance of an opinion in our favor. As is often the case, the courts, and apparently arbitration panels, do not always decide cases on the law, even their law. We have prepared for this circumstance, and, now that the panel has issued its opinion, we will take the appropriate time to review and respond to the opinion, and move forward," the Seneca leader added.

Richard Azzopardi, a senior adviser to Cuomo, said the administration is "thankful the arbitration panel held a fair hearing of the facts and ruled in favor of the state and the local communities that have been hurt by the Seneca Nation's actions."

"It was clear to us that the Nation had an obligation to continue payments – period. According to the Compact, this arbitration process was prescribed to resolve conflicts and now that it's concluded, we ask that the Nation ... cease any further delays, make the state and local communities whole, and resume payments,'' Azzopardi said.

The arbitration panel’s ruling is considered binding. But if the Seneca Nation should not comply with the decision, the "prevailing party,'' which means the state, can bring an action to force compliance against the tribe in just one place: federal court in Western New York, according to the language agreed to in the 2002 compact.

The Seneca Nation did not specifically say if it would comply with the ruling.

The tribe released a statement by its appointee to the three-member arbitration panel, Kevin Washburn, a former top federal official at the Bureau of Indian Affairs at the U.S. Department of the Interior during the Obama administration.

“The panel’s new provision rewrites the compact in a way that harms the (Seneca) Nation and provides an unjustified windfall to the state,” said Washburn, the University of Iowa law school dean and a member of the Chickasaw Nation of Oklahoma.

The state maintained the Seneca Nation was trying to cherry-pick terms of the 2002 compact, wanting to both maintain gambling exclusivity rights in a large area of upstate while trying to halt annual casino payments demanded under the original agreement.

The state’s lawyers, in seeking arbitration in the fall of 2017, said the casinos in Niagara Falls, Buffalo and Salamanca have been “hugely profitable” for the tribe, and said the Seneca position that it could simply stop making revenue-sharing payments was “illogical."

The two panel members siding with the state were Henry Gutman, a New York City lawyer who was the Cuomo administration’s appointee to the panel and who represented the state in the last dispute with the Seneca Nation, and William Bassler, a professional arbitrator and mediator who has also been a federal judge in New Jersey.

The original compact went into effect in the fall of 2002; it was to expire at the end of 2016, but was automatically renewed for seven years when neither the state nor tribe objected to the extension. The two members backing the state’s position acknowledged some level of ambiguity in the terms of the compact about what happens after 14 years of payments by the tribe. It noted the specific “silence” about percentage payments after the compact’s 14th year.

But citing a combination of state and federal laws, the two panel members, in a decision dated Sunday, said that a seven-year renewal period after the 14th year of the 2002 compact “means that the compact was continued on the same terms and conditions that were in place immediately prior to the expiration of the compact’s initial term which entailed revenue sharing for exclusivity.’’

That meant, the decision states, the tribe’s obligation to pay the state 25 percent of its annual slot machine revenues remained in force once the compact was automatically renewed at the end of 2016.

“To conclude otherwise and interpret 'renew' to mean that the Nation gets exclusivity without sharing revenue would render several provisions of the compact meaningless, ignore the purpose of the parties’ agreement, challenge common sense and produce a commercially unreasonable result," the arbitration award states.

The 59-page decision ordered the tribe to pay all quarterly payments it has skipped since early 2017 and to continue paying going forward. The panel specifically said the tribe’s actions were “in breach” of the compact’s terms.

It said the state and Seneca Nation should meet before Feb. 9 to discuss what the panel called a “remedial order."

The state and tribe in 2002 agreed to the revenue-sharing provisions in return for the state not letting any full-blown, Las Vegas-style casino open in an area that stretches from Western New York going to a line formed east of Rochester by state Route 14 from Lake Ontario on the north to the Pennsylvania line on the south.

“The money paid to the state under the contract is essentially a cost of doing business," Seneca leaders wrote to the tribe’s members in a 2002 statement that was used by the panel members in its ruling.

In its ruling, the two members said Washburn, the Seneca panel appointee, said federal law offers certain protections for a Native American tribe and that “we are obligated to resolve any close or uncertain questions in favor of the (Seneca) Nation."

But the two members said such an interpretation would require them to “put aside conventional tools of fact finding, legal analysis and contract interpretation in favor of this unique rule of decision based on the identity of one party. We decline to do so in this case.”

Dyster said he and Brown have reached out to the Seneca Nation's president and asked to meet to talk about the future, especially after the original casino compact expires in 2023.

"In a process like this there shouldn't be winners or losers," Dyster said. "What has happened here is, a point of law has been clarified by an arbitration panel. ... We do share common interests in the success of the Seneca Niagara Casino. We know that the Seneca Nation of Indians isn't going anywhere. They're going to be our neighbors forever into the future and we want to make certain that we have a very positive relationship with them."