Powered by a second round of loans from its customers, Five Points Bakery has opened the second story of its West Side establishment, expanded its hours, and its offerings.

The whole-grain bakery at 44 Brayton St., run by Melissa and Kevin Gardner, is the rare business funded by its customers. After raising $150,000 in loans from loyalists, projects including the opening of its second floor have been completed.

A staircase was needed for emergency egress before it was permitted. Now the bakery has started booking events upstairs, said Gardner. “We’ve got our permits and we’re ready to rock and roll.” 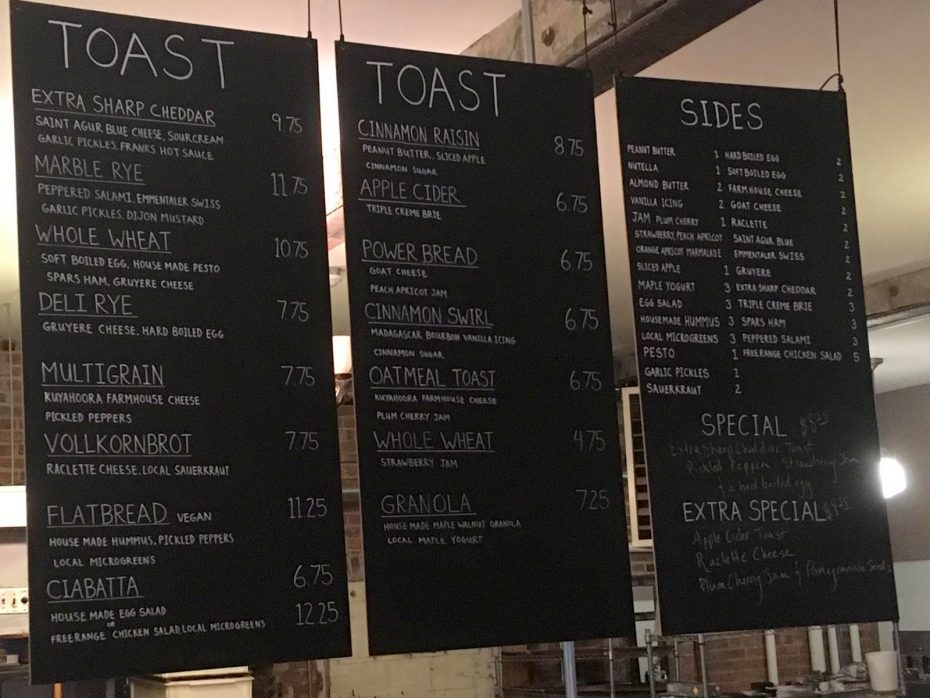 Hummus and salad made of free-range chicken are among new menu items. (Five Points Bakery)

The menu is still toast-centered, but the add-on lineup is longer. “We do a vegan flatbread now, with hummus, and pickled peppers and microgreens,” Gardner said. “We didn’t have anything green before, except pickles.”

Responding to customer requests, the bakery is now open until 6 p.m. six days a week, and 4 p.m. on Sunday. It opens at 7 a.m.