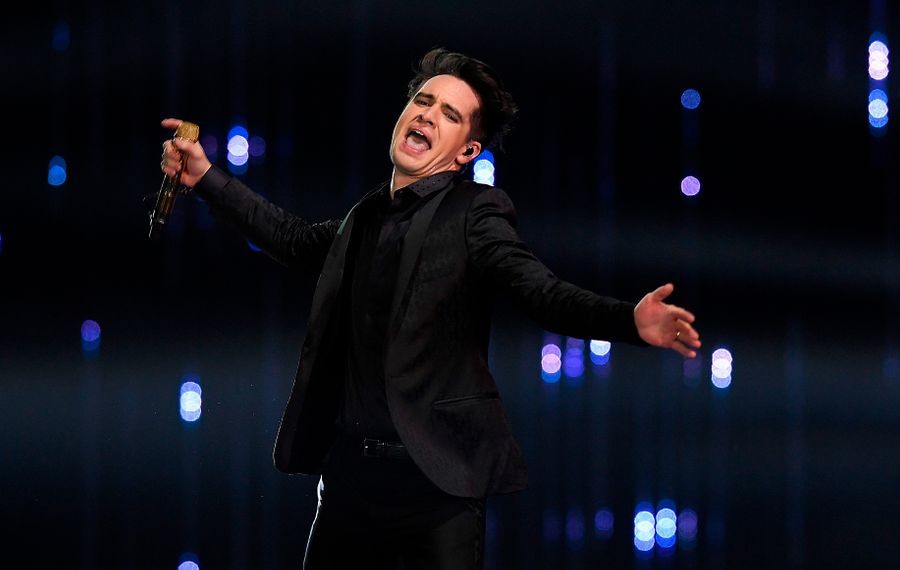 The first major arena show of 2019 in Buffalo crashes an otherwise quiet event slate that includes the grand-opening party for a Hertel Avenue food hall, an appreciation for David Bowie's catalog and the dawn of a monthlong residency for a well-known Buffalo funk band.

Once again, it's tough to avoid leading off the Panic! blurb with "What a beautiful wedding!" After all, the band slated to headline a Buffalo arena show is much more than that early single "I Write Sins Not Tragedies." For instance, 2018 track "High Hopes" is a mainstream mainstay, spending 21 weeks and counting on the Billboard Hot 100.

Frontman Brendon Urie and friends were invited to perform on the season finale of "The Voice," further proof that the rock-pop group - which began in Nevada as a Blink 182 cover band - has seen its star rise. Read more about Panic! in Jeff Miers' Gig of the Week.

Welcome food hall PK Eats to the Hertel neighborhood at its official grand-opening party, featuring complimentary food from Sun Cuisines and Newbury Salads between 5 to 7 p.m.

BarVera, Cameron Rector's Vera Pizzeria business that made the trek from Lexington Avenue last month, will craft its lineup of pre-Prohibition-style cocktails, too. Local jazz-funk quartet Gravy will headline the music, from 7 to 9 p.m., and preliminary plans pointed to a heated tent outside.

Read the full story behind PK Eats and look deeper into the three businesses inside.

Elmwood bar Mr. Goodbar has been a music haven for decades, and a tribute to the late David Bowie, who died in 2016 at age 69, will kick off the event schedule for 2019.

Bowie records will be played through the duration of the event, with videos featuring the legendary performer rolling on Goodbar's giant projection screen. A complimentary buffet will be laid out at 8 p.m., if that helps in timing your arrival.

Read Miers' memorial of Bowie's career and influence from shortly after his death, here.

Add spice to your Monday night with the monthly late-night performance by the Stripteasers, an experienced Buffalo burlesque troupe that's drawn a solid crowd at previous editions of the event.

Misuta Chow's - part '80s arcade, part Japanese-themed bar-restaurant that opened last year - is an appropriately quirky setting. Read about a firsthand experience with the games, the backstory of Misuta Chow's rocking owner, plus a gander at the street food-inspired menu.

While you may be familiar with CreativeMornings/Buffalo, a monthly speaker-driven series at the Central Library that highlights various creative personalities in the city; Those Idiots' Myron Deputat was last month's keynote, while Chef Victor Parra Gonzalez (Las Puertas) will have the spotlight on Jan. 11. CreativeMornings is a global initiative that spurs idea-sharing and appreciating the outside-the-box thinking.

The larger organization, #buffaloiscreative, will hold a happy hour to prove it embraces all hours of the day. $1 from every drink purchased will benefit the nonprofit, and Lockhouse will create a cocktail specifically for the event.

Buffalo funk band Funktional Flow begins its monthlong residency - with Wednesday shows - in Iron Works with luau-themed party. Not what you were expecting, right? The Space is the special guest performer that will join the featured five-piece on the initial bill. Find details for the other three days on the Facebook event series, here.

The News' Miers explained why local bands are choosing the residency route for area shows in his 2018 feature on Intrepid Travelers at Nietzsche's.

ART of WNY's rendition of a Thornton Wilder classic, directed by Matthew Refermat, was received well by News contributing reviewer Anthony Chase, who doled out three stars for the production, largely due to its faithfulness to the script and a cast that blended seasoned performers with relative newcomers. The play - known for its minimalist setting - emphasizes an appreciation for everyday life and the smaller joys that we'll miss when we're gone.