From its inception in 1982, Linda Knuutila nurtured the Niagara Frontier Wrestling Officials Association Classic into the biggest in-season tournament in Western New York.

As Linda Knuutila’s health declined in recent years, her daughter Kristin Clark assumed those duties. But the matriarch of Section VI wrestling was always determined to attend the tournament.

“The officials would stop and clear a path for me to bring her wheelchair to the mat, and everybody would say hello,” Eric Knuutila said. “They really appreciated everything she’s done.”

As the local wrestling community continues to mourn Linda Knuutila’s death on Dec. 20, the NFWOA honored her legacy on Saturday, presenting an inaugural award named for her to veteran tournament operator Phil Yoder.

“She will forever be known as the mother of Section VI wrestling,” 17-year-old granddaughter Ally Clark told the packed gymnasium at NCCC. “My grandmother was the first person to help anyone in their time of need and that is exactly what Phil Yoder has done.

“Since Linda has passed, Phil came and spent a day putting together a go-cart that my grandparents bought for all of us grandkids. Phil spent the entire day with us at the church making sure that our family had everything we needed during the calling hours.”

Yoder shared an emotional embrace with Kristin Clark while accepting the award.

“It completely caught me by surprise,” Yoder said. “I personally don’t really feel that I’m qualified to be given that award. I just don’t feel like I’ve come close to the standards that she’s set. But I don’t think anyone can reach those standards.”

The Knuutila family received condolences throughout the two-day tournament, even after it seemed the entire wrestling community had already paid their respects.

“Her wake was five hours,” Kristin Clark said. “We got there at 1 to set up to start at 3. There were already people there and it was a continuous line. There were so many people.”

“The funeral showed how much everyone loved her,” Eric Knuutila said. “The line just never ended.”

In addition to helping run the NFWOA Classic, Linda Knuutila edited the Wrestling Review of Western New York for more than two decades and sat on the committee for the Ilio DiPaolo Scholarship Fund. She has been inducted into both the New York State Collegiate Wrestling and Western New York Wrestling Coaches Hall of Fame.

“Linda was an incredible person,” Yoder said. “She had the biggest heart of anybody I’ve ever known in my life. And when it came to wrestling, there wasn’t a person who was more supportive of the sport than Linda.”

Rick Sweeney, the coach at Niagara-Wheatfield for the past 16 seasons following 25 years at Niagara Falls High School, reiterated that Linda was “the mother of Section VI wrestling,” an expression he also wrote on bereavement flowers sent on behalf of his team.

“In the 41 years I’ve been here, she’s done more, I believe, than any other Section VI wrestling coach to be what we are today,” Sweeney said.

This year’s NFWOA Classic drew 38 teams from across the section, the Monsignor Martin Athletic Association, and schools from Rochester and Pennsylvania.

“For the past several years, this has been the premier tournament in Section VI,” Yoder said. “There isn’t a tournament during the high school season that is as big or as important as this one, aside from the state qualifier.”

Unlike the Section VI championships, which splits up wrestlers into large and small school divisions and does not include private schools, the NFWOA Classic matches up the top competitors in each weight class.

“Linda was a fantastic supporter of Section VI wrestling and she really felt like this tournament showcased Section VI,” Yoder said. “She had such a big role in this tournament. And there is no one that I have ever met in these 35 years I’ve been involved in this sport that comes close in comparison.”

Eric Knuutila was moved by the tribute to his wife, initiated by Tom Cinelli, president of the NFWOA.

“I wish I could say more,” Knuutila said. “But every time I talk about her I get choked up with tears.”

Robbie Penhollow won the 182-pound title, following his 170-pound championship last year, for the Golden Falcons, who placed 10 wrestlers on the podium.

“It’s a tough tournament and we come up here to get some better competition,” Falconer coach Drew Wilcox said. “We don’t set out necessarily to win the tournament. We set out to improve throughout the weekend and wrestle our best. I think we did that, and it fell in our favor.”

Niagara-Wheatfield was without two of its top wrestlers due to injury and suspected ringworm infection. The Falcons had three champions: two-time state finalist Justin McDougald (132 pounds), Josh Thibeault (170 pounds) and Warren McDougald (145 pounds), the most outstanding wrestler at last year’s NFWOA Classic.

Akron’s Millard Young won the 195-pound title after spending most of the week on a service mission in Dominican Republic with the Akron-Newstead Rotary Club. It was Young’s second time making the trip.

“Living in the United States, we have it so good,” Young said after his final match decision over Orchard Park’s Mike Pataky, the No. 1 seed.

“I’m a patriotic guy, I love my country and spreading the fortune that we have is something my grandfather did, and something he instilled in my parents and my parents instilled in me. I really don’t like the recognition for it. You do it because it’s right and it makes you feel good.” 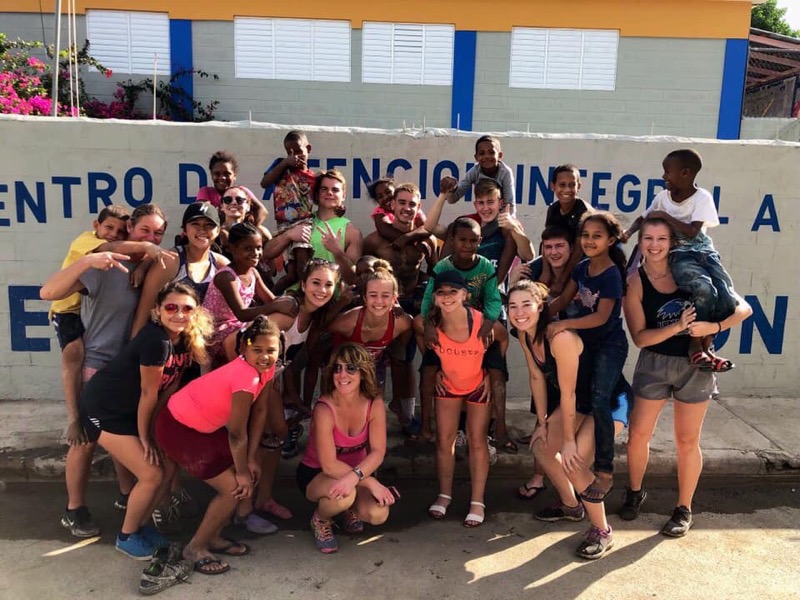 Akron senior Millard Young, lime green shirt in back row, took part in a service mission to the Dominican Republic last week with the Akron-Newstead Rotary Club before returning for the 38th NFWOA Classic. (Contributed photo)

After delivering medical supplies, planting flower beds and reconstructing a concrete playground during the eight-day trip, Young returned to wrestle in a higher weight class for a dual match on Thursday, then cut down for the two-day tournament.

“No sugary drinks and just focused on what I ate,” Young said. “It was good because we ate a lot of seafood.”

Gowanda sophomore David Ball claimed the 106-pound title and his 100th career victory with a 9-0 major decision over Gavin Bradley of Athens (Pa.), who reached the finals as a 10-seed.

Grand Island’s Blake Bielec won the 220-pound title with a reversal into a pin in the third period of his match with top seed Nolan Thomas of St. Francis, who was winning the match 8-6 with a little over a minute left.