How do you build a scene?

It’s a question that has been plaguing Buffalo-area musicians for decades, as an ongoing series of "one step up, two steps back" movements created a sense of stasis here that left many feeling like they were simply treading water, getting by while so many other music scenes in seemingly more welcoming cities moved forward and grew exponentially.

For singer-songwriter and hard-travelling troubadour Dave Ostrowski – who writes, records, performs and tours beneath the imprimatur Davey O – the dearth of tenable gigs for musicians of his ilk underscored the recurring question, and urged him into action. Ostrowski didn’t set his sights on the expanding clubland of downtown Buffalo.

Rather, he looked to the outskirts, where a few of his singer-songwriter acquaintances had been playing cozy, intimate gigs in the front room of a teaching studio and small performance space in the village of Akron.

Mark Buell, proprietor of what was then called Nickel City Frets, had been quietly booking acoustic-based roots musicians into his Main Street, Akron venue for a while when Ostrowski first performed there. The two discovered a shared desire to augment the singer-songwriter scene with something more than one-off gigs.

“After that initial date, Mark reached out and I offered to put together a monthly songwriter’s series,” Ostrowski recalled. “I told him that I hoped to to build a vibrant singer-songwriter scene, which is sorely lacking in this area. I wanted to provide a place that my songwriting friends who tour around the country like I do could make a part of their tour itinerary, and a respite for songwriters who are slugging it out every weekend playing acoustic covers in bars and restaurants.

“As a service to the audience, this series” – dubbed Nickel City Sessions – “provides a venue for those who wish to see folk, roots, singer-songwriter, and acoustic-based music in a quiet, listening-room environment.”

That desire to offer musicians an opportunity to perform for an audience who’d purposely made the effort to come out and hear them – as opposed to listening to them play “Brown Eyed Girl” for the millionth time – was a paramount concern for Ostrowski and Buell. Rather than playing covers for disinterested listeners, occasionally sneaking in an original tune and hoping no one will notice, the two wanted to offer their peers the opportunity to play their own music for an attentive crowd.

For months, business was slow, but steady.

“It’s been a gradual build, to be perfectly honest, but we have a core group of folks that attend regularly, some who attend every other month, some who have attended once, never to be seen again,” Ostrowski said. “But some of the regulars brought their friends, and we’ve been spreading the news through good old-fashioned word of mouth, as well as the necessary social media platforms.”

That progress hit a wall Nov. 15, when Buell awoke to find flames engulfing the building that houses his apartment, teaching studio, and the performance space Nickel City Sessions had been calling home. Buell escaped unharmed with his cat, Rhino, in tow, but the building suffered $100,000 in damages, and Buell himself lost $50,000 worth of the building’s contents. In addition, Buell was already battling cancer. 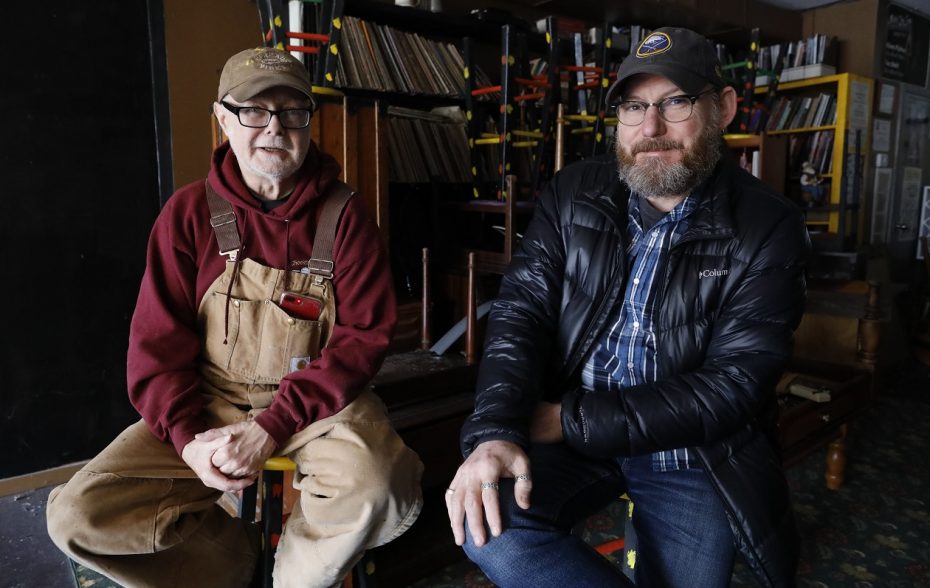 Rise and fall of a music community

Buell’s response was not to fold, but rather, to re-up his commitment to the series.

“Despite all of this, in what I feel is an incredible act of selflessness, Mark made arrangements for all programming to be held at the C. Dee Wright Center in Akron until the venue is restored,” Ostrowski said. “He even attempted to make those arrangements on the day of the fire, so that we didn’t have to cancel Nickel City Sessions for that evening.”

(Ostrowski has put together a benefit for Buell and Nickel City Sessions, dubbed “Come Together,” with a full lineup of Western New York musicians who’ve been part of the series to date, at the Sportsmen’s Tavern at 4 p.m. Sunday.)

That tells us a lot about Buell, a former Buffalo school teacher and proprietor of music shops in the Adirondacks, Maine, and the Allentown district of Buffalo, where he lived in the '90s and frequented the late folk impresario Michael Meldrum’s weekly songwriter showcases at Nietzsche’s. Buell knows an awful lot about music scenes, communities, and the way the two can feed each other or allow one or the other to wither and die.

Recalling his high school years when music other than pop was difficult to find, Buell said, “At the time Buffalo, like its neighbor Toronto, was a hotbed for the cultivation of (blues, folk and underground rock) music and more. The mother-ship was the student union at UB's South Campus. They had a concert series where astounding musicians performed and afterward jammed with anyone who hung out.

"By 15, I'd played with some absolute legends, not because I was so good, but because that's how inclusive the whole scene was. It was a music community and we all knew each other. The student union was far from the only place where folk musicians played, but it was a lighthouse for all of us. It kept us connected, focused, and curious.

“Around here, and perhaps the planet as a whole, the music scene has been hijacked by bistros, bars, craft coffee, craft beer, craft ice cubes, car shows, and more. The model I grew up on has been turned upside down. The elegance of the room, quality of the perishables sold, faddishness of the neighborhood, all determine a venue's success – crank up the classic rock, the ubiquitous blues band, or whatever's getting covered that night, because what's a brew pub without some musical wallpaper pasted up in a corner somewhere?”

Grateful Dead's 'In the Dark' is pick for Gusto Vinyl Happy Hour on Jan. 14

Buell, despite his stark observations on how our supposed renaissance has affected the music scene, understands bars will always be the chosen venue for many music fans of both the casual and obsessive variety.

“Oddly enough, I've nothing against that part of the scene,” he said. “I love bars, alcoholic or caffeinated, pretty rooms, and my beloved Buffalo venues, but I do greatly miss the sanctuaries where music and poetry were the main event and the other niceties relegated to the level of condiments.

“Davey and I are trying to create – or replicate – a scene which many well-meaning folks have explained to me can only appeal to folks of my vintage, folks who've not been spoon-fed what they are intended to consume. Our long-term hope is to create a welcoming and safe spot for original music and maybe just as importantly, music made original – music from the past made relevant again.”

For the musicians, this all seems like a no-brainer. Band-leader, singer-songwriter and occasional solo acoustic performer David Michael Miller, for example, had no problem embracing Buell and Ostrowski’s vision.

“I’ve always looked forward to the singer-songwriter, in-the-round events I get invited to be a part of,” Miller said. “The Nickel City Sessions series that Davey hosts was yet another incredibly powerful and intimate experience for me, as I had the honor to sit among some truly talented peers as both a fan and an artist. I got to strip it all down to just voice and guitar in front of an audience that clearly came to listen. I loved every minute of it.” 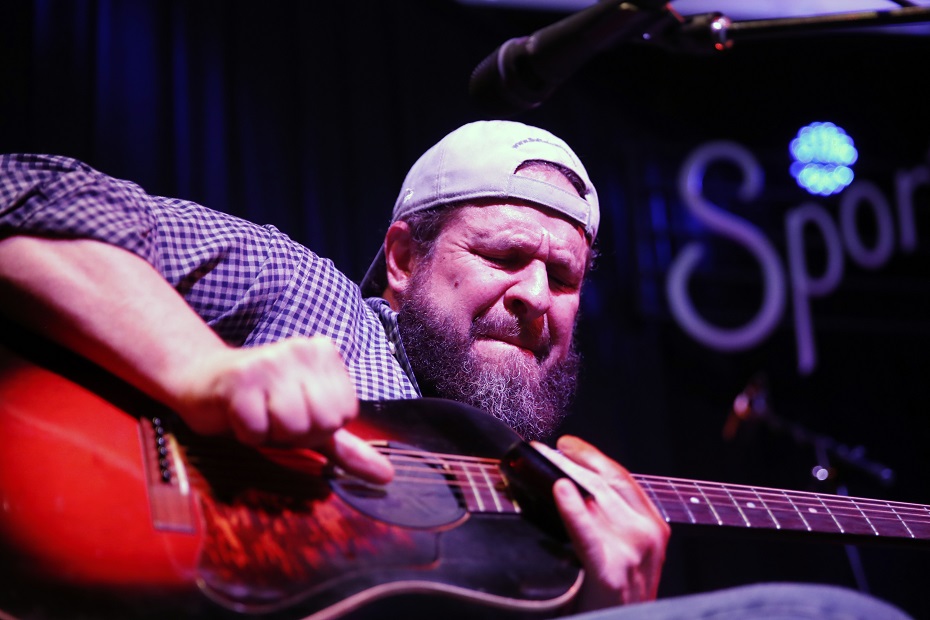 Like the musicians who’ve been performing there, fans are starting to find something of true value in what Buell and Ostrowski are offering. The two remain aware, though, they’re fighting an uphill battle.

“The bottom line is, we're asking folks to pay $10 to see artists they most likely have never heard of, and asking that they trust we will provide a roster of quality artists performing in the genre,” Ostrowski said.

“But the one constant after every show is the comments from attendees on the high level of the quality of the songwriting, and the joy of discovering new artists. We certainly would like to start seeing a fuller house, but at these types of shows, it’s often about the quality of the audience, not the quantity.”

For Buell, paying dues in service of reigniting a visceral music scene – one the past has taught him is clearly attainable – is just part of the deal.

“There was a definite musical underground back in the day,” he said. “It may seem counter-intuitive, but it looks to me that music, like a seed champing at the bit to flourish, must first go underground for some time to reconnect with its roots and its ancestors if it hopes to become much of anything.”