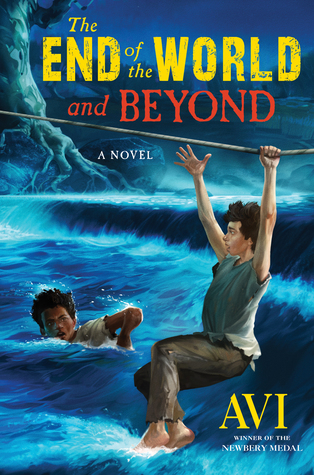 From 81-year-old Newbery Medal-winning author Avi comes a  thrilling companion to "The Unexpected Life of Oliver Cromwell Pitts," following 12-year-old Oliver to America after he and his sister are sentenced to transportation to America and seven years' servitude. In an exciting adventure with Dickensian touches, horrible villains and pulse-pounding suspense, the author shines a spotlight on the use of forced labor by convicts in the American colonies and on the harsh laws known as "the bloody codes" of 18th century England with defendants, even children, sentenced to death or banishment to the colonies for even the most trivial of property crimes.

Told in Oliver's unforgettable voice, the novel paints a vivid picture of the horror of the voyage, the convict passengers forced to stand stooped over in the tween deck, bolted to the planking by iron chains around their necks. ("It was as if we were being fitted into a group coffin.") The captain is Elijah Krets, "a spite-tempered, hufty-tufty man, well-suited for the ship's previous satanic service, that of a chattel slave ship.") Oliver dreads what awaits; he can read and write but these talents are not valued by the Maryland folk looking for free labor. Oliver finds himself in a miserable situation, on a remote plantation with a drunken, vicious master. His only solace is the black slave Bara who, unlike Oliver, cannot hope to be freed in seven years' time. Amid the beatings, hunger and exhaustion of working in the tobacco fields, Oliver clings to the hope of being reunited with his sister Charity who is somewhere in this strange, new world.

In a note at the end, the author says historians believe that the 13 colonies had a population of 2 million at the time of the American Revolution, and 50,000 of that number were felons who had been sent to America from Great Britain as forced labor, many to work in the tobacco fields of Maryland and Virginia. After the American Revolution, Britain shipped its felons to Australia. 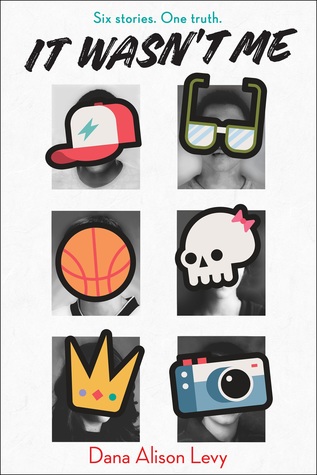 Dana Alison Levy starts off her compelling novel (described by her publisher as "'Breakfast Club' meets middle school") with "written assessments" from the five seventh graders who were present when a classmate's self-portraits were vandalized at Shipton Middle School. (All five are saying in various ways, "It wasn't me.")

Theo's pinhole camera photography project was also ruined in a separate incident, and rather than using a traditional punishment, a sympathetic teacher has arranged for Theo and his five classmates to spend their vacation week at school in a Justice Circle to make amends. (The principal is not a supporter of the idea and serves as the villain of the piece, going out of her way to sabotage the project.)

The novel is told from Theo's point of view, with periodic use of those written assessments offering a chance to hear the voices of the other students and also offering tantalizing clues to what happened the day his photos were vandalized. The group includes a jock, a weird girl who loves to make horror movies ("she's so creepy it's almost awesome'), an overachiever, a nerd and a "screwup."

While her novel is partly a whodunit and partly about bullying, it's also an honest, heartfelt, sometimes humorous exploration of the misconceptions all the students have about each other. Theo gradually comes to see his classmates in a new light; the identity of the vandal will come as a surprise. 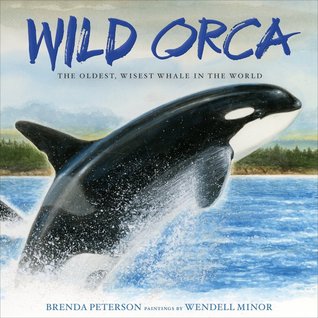 An author from Washington State tells the fascinating true story of Granny, an orca born in 1911 who lived to the ripe old age of 105, in this interesting and informative picture book with spectacular illustrations by the talented Wendell Minor. She tells the story from the perspective of a  family on a whale-watching outing in the San Juan Islands. The dad is a whale researcher, so his young daughter is something of a whale expert, recognizing the individual orcas by their calls. Orcas are fascinating creatures, with their matriarchal societies (calves stay with their mothers all their lives), and Anderson writes with poetic flair: "Rolling and bumping one another, orcas blow and breach. Burp and chirp."

In a note at the end of the book, Peterson reports that Granny was still thriving when she began writing her book but in 2016 for the first time was not spotted swimming alongside her family pods and researchers presumed she had died.